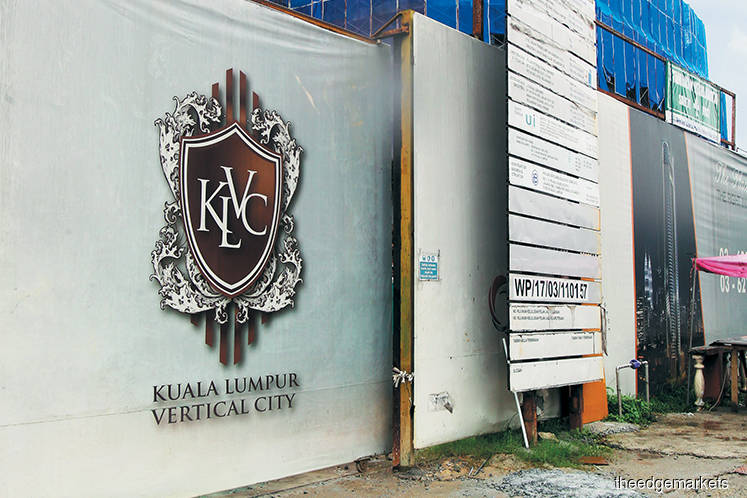 KUALA LUMPUR (July 24): The master developer of the Kuala Lumpur Vertical City (KLVC) project is suing the Federal Land Development Authority (Felda) and its investment arm, Felda Investment Corp Sdn Bhd (FIC), over a dispute in the development of the project.

In the statement of claim sighted by theedgemarkets.com, Synergy Promenade said the company signed an agreement with FIC on June 2, 2014, where it was appointed as the master developer for a mixed development on 24 parcels of land, measuring 20.66 acres in total, owned by Felda and situated along Jalan Semarak here.

Under the deal, FIC was responsible for getting Felda to provide the project land and appoint the company as the sole master developer with the sole and exclusive rights to carry out the project, and to develop the land in various phases within 10 years from the date of the first development order and the land conversion to the category of commercial.

However, the company claimed that in or around January 2016, Felda and FIC merely delivered vacant possession of one parcel of the land to the company.

"The company is seeking a decree of specific performance against the defendants requiring them to comply with (the agreement), and also a consequential order directing the defendants to forthwith deliver vacant possession of the aforesaid lands to the company," read the statement of claim.

The case came up before High Court deputy registrar Farah Shuhada Ramli today, and she ordered Felda and FIC to file their statement of defence or counterclaim, if any, by Aug 12.