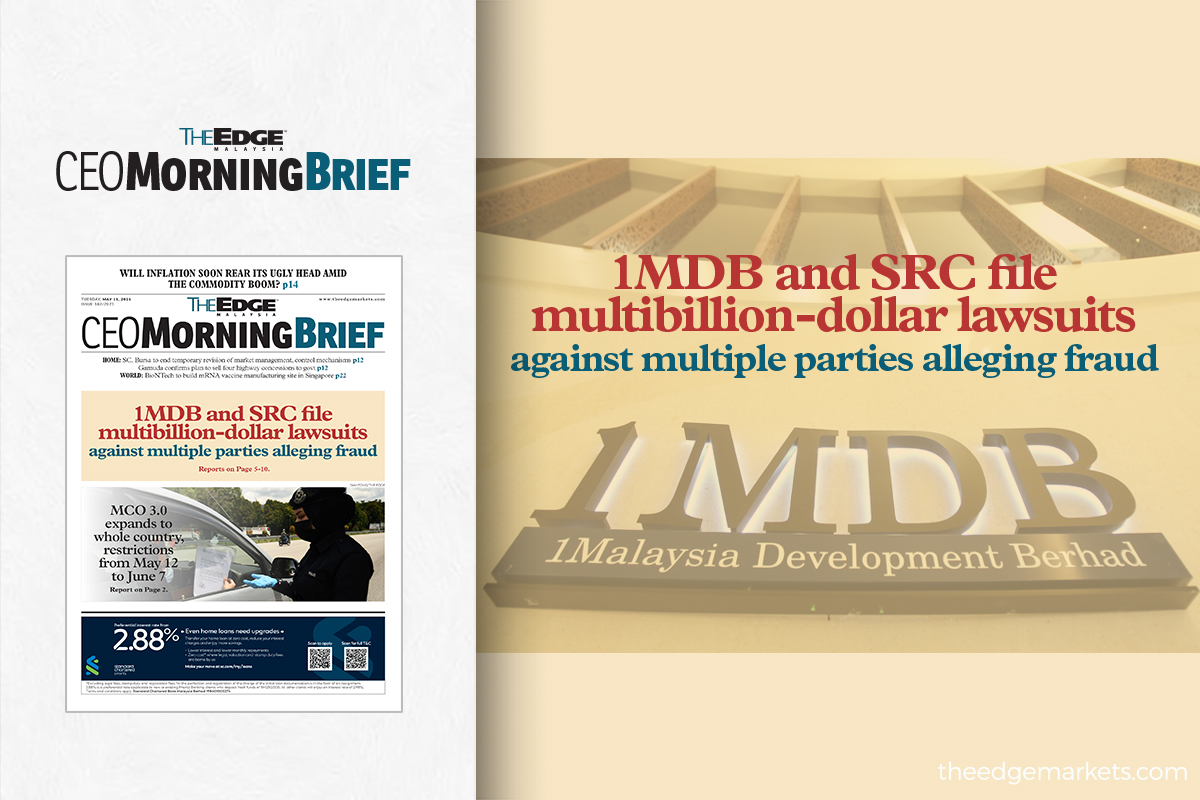 KUALA LUMPUR (May 10): Four law firms have filed a plethora of 22 civil suits to claim billions of US dollars on behalf of state-owned 1Malaysia Development Bhd (1MDB) and its former subsidiary SRC International Sdn Bhd.

A total of six suits were filed by 1MDB and its subsidiaries, while another 16 were made by SRC.

All in all, 1MDB and SRC are seeking a total in excess of US$23 billion (about RM94.43 billion) and another RM300 million against those alleged domestic recipients of siphoned funds from SRC and 1MDB.

A source familiar with the suits told The Edge that the suits were filed after achieving settlement with Goldman Sachs, AmBank and Deloitte to show that the government is serious about pursuing the recovery of the money siphoned from 1MDB.

Deloitte in March settled for US$80 million (about RM324 million) with Putrajaya.

Meanwhile, Malaysia received US$2.5 billion from Goldman Sachs in August last year, and a promise that the US-based financial institution would help recover another US$1.4 billion guaranteed return of 1MDB assets seized by various authorities around the world in exchange of Malaysia dropping its charges against the bank.

AmBank in February agreed to pay RM2.83 billion with regard to its role in 1MDB's RM5 billion bond issue in 2009.

The source added that the Perikatan Nasional (PN) government is serious about pursuing the wrongdoers.

“The Malaysian public are getting restless with the criminal cases, which are progressing too slowly. So, these civil cases will demonstrate that Prime Minister Tan Sri Muhyiddin Yassin and the PN govt cannot be accused of complicity in not being serious. These latest civil cases will show we are serious ... these wrongdoers will not get off so easily."

Najib has already been found guilty by the High Court in his case with regard to SRC, where he is convicted of abuse of power of the RM4 billion loans given to Retirement Fund (Incorporated) (KWAP) of which RM42 million went into his accounts, three counts each for criminal breach of trust (CBT) and money laundering of RM42 million.

For this, the former prime minister, who was also the finance minister then, has been sentenced to 12 years' jail and fined a total of RM210 million, which he is presently appealing against in the Court of Appeal.

(This story has been updated)