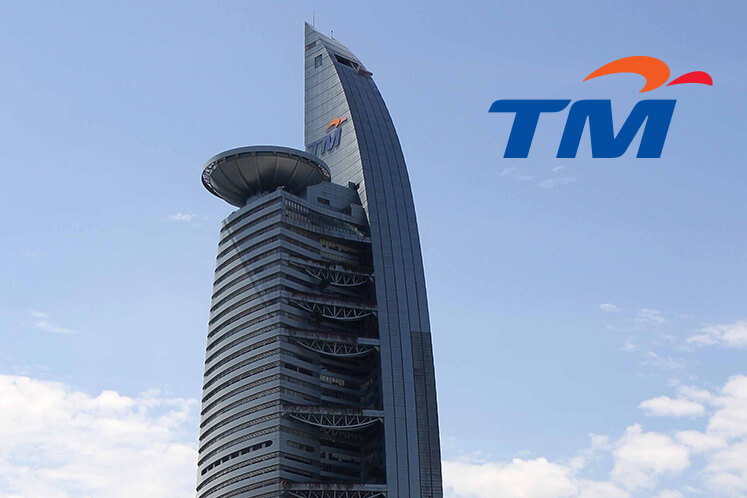 KUALA LUMPUR (Feb 21): Telekom Malaysia Bhd (TM) posted a net loss of RM51.09 million in the fourth quarter ended Dec 31, 2019 against net profit of RM69.66 million a year earlier, on the back of lower revenue and fair value adjustment on medium-term notes issued by a subsidiary.

In a bourse filing today, TM said revenue for the quarter dipped to RM3.03 billion from RM3.09 billion a year earlier.

Reviewing its performance, TM said revenue for the year decreased due to lower revenue from all lines of product except for data and non-telecommunication-related services.

It said operating profit before finance cost increased with lower impairment losses on network assets in the current financial year compared with what was recognised last year.

“The group’s ability to sustain a continuous reduction in operating costs further contributes to improved performance year on year,” it said.

On its prospects, TM said it expects the industry to continue to adjust to new market dynamics and declining revenue from traditional segments while preparing for the next leap in telecommunications into 5G.

TM said it is forging ahead in positioning itself as the National Telecommunications Infrastructure Provider for 5G and enabler to the National Fiberisation and Connectivity Plan (NFCP).

“This will fulfil the country’s aspiration towards Industrial Revolution 4.0 and a Digital Malaysia.

“In 2020, TM is going back to basics to focus on four strategic pillars — relentless drive towards customer excellence, continued revenue generation, manpower optimisation with workforce remobilisation and providing a superior network through modernisation, to remain stable in the course for long-term growth,” it said.