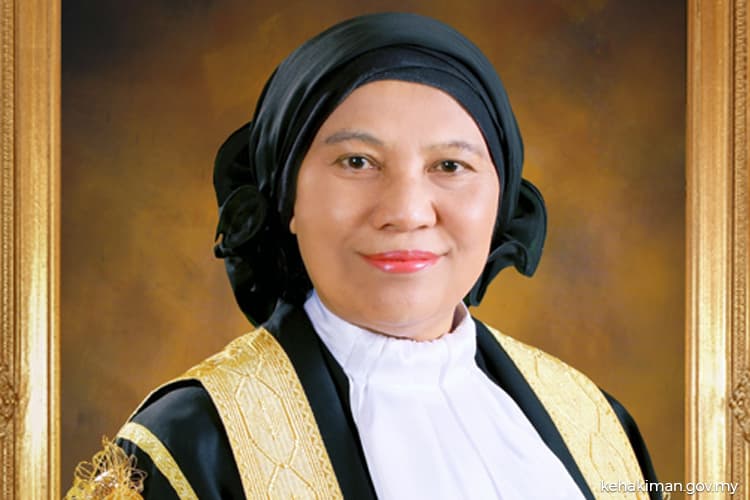 PUTRAJAYA (Dec 5) : History is being created today, with the top two posts in the judiciary being held by female judges with the elevation of Federal Court judge Justice Datuk Rohana Yusuf as the new Court of Appeal (COA) president.

Justice Rohana, 63, is the first woman to hold the post and she is expected to take her oath this afternoon, witnessed by Chief Justice (CJ) Tan Sri Tengku Maimun Tuan Mat, who herself created history this year by becoming the first female CJ.

Sources confirmed with theedgemarkets.com over Justice Rohana's ascension as the next COA president.

She was appointed to the Federal Court in April last year, and has been tasked with managing the affairs of Court of Appeal president since Nov 25, since Justice Tan Sri Ahmad Ma'arop retired.

She was appointed Judicial Commissioner of the High Court in 2005, and was confirmed in 2011.

Justice Rohana was then elevated to the Court of Appeal in January 2013.

Three other Court of Appeal judges would be elevated to the apex court and it is understood that they are also women.

Another three High Court judges are to be elevated to the appellate court.