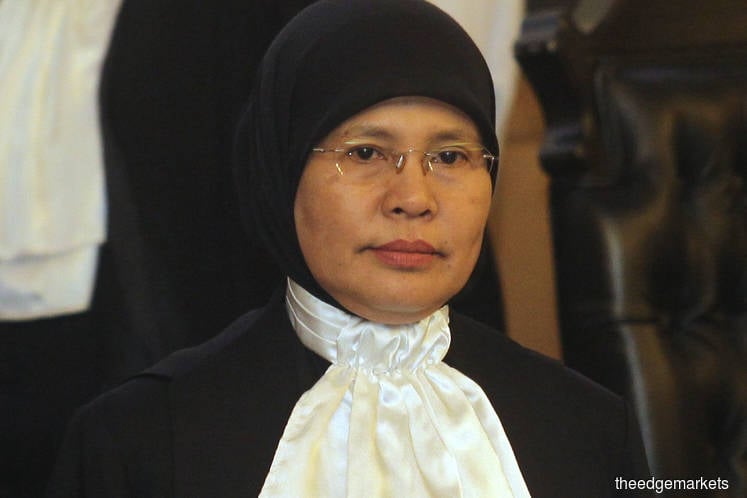 PUTRAJAYA (Dec 5): Judges are duty-bound to uphold the principles of separation of powers, independence of the judiciary, and the rule of law, says Chief Justice (CJ) Tan Sri Tengku Maimun Tuan Mat.

“As judges, our duty is undeniably heavy and we are always exposed to baseless criticism and slander. We recognise that we cannot prevent someone from commenting on a court decision, but quoting Lord Dyson, 'what is not fair or reasonable is to impugn the motives of judges or ascribe them to prejudices',” she said in a speech today.

“In conducting your cases, The Honourable Judges must always observe the principle of ‘justice should not only be done, but they should manifestly and undoubtedly be seen to be done',” she added.

Tengku Maimun said this in a speech after witnessing the swearing-in ceremony of the new Court of Appeal (COA) president Justice Datuk Rohana Yusuf here, at the Palace of Justice.

In her speech, Tengku Maimun also stressed that the appointment of judges were not solely at the will of the CJ but is a collective decision of the Judicial Appointments Commission (JAC) Malaysia, by way of secret ballot.

The Judicial Appointments Commission Act 2009 provides, among other things, that it is the function of the JAC to select ‘suitably-qualified persons’ to be appointed as judges for the consideration of the prime minister.

Members of the commission hold the office for a period of two years and are eligible for reappointment, but no member shall hold office for more than two terms.