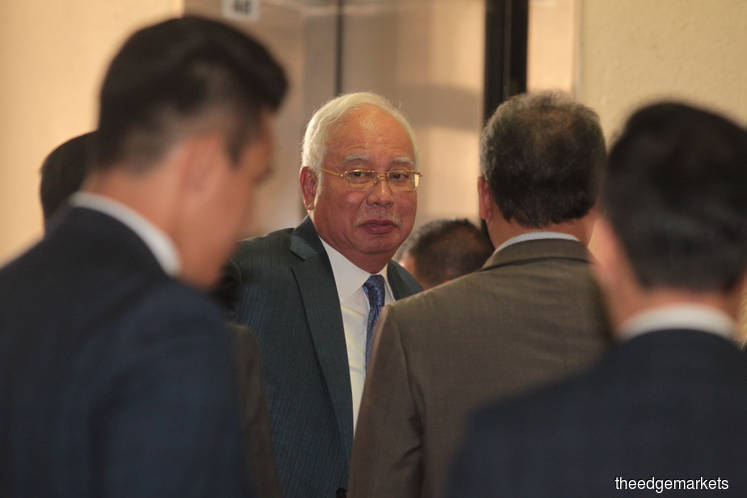 KUALA LUMPUR (July 15): Datuk Seri Najib Razak had racked up charges of RM3.9 million on his two platinum credit cards in several transactions from 2014 to 2015, including those made at an Italian jeweller and a luxury hotel in Thailand.

Of that amount, at least RM3.3 million were used to clear outstanding charges on Najib's Visa and Mastercard platinum credit cards.

The cards were used to pay for several transactions between 2014 and 2015, including:

According to previous reports dated Dec 24, 2014, Najib was in Honolulu, Hawaii, to play a round of golf with former US president Barack Obama.

The last payments to the cards were made by Nik Faisal Ariff Kamil in March 2015.

The ex-premier faces multiple counts of criminal breach of trust, money laundering and abuse of power, involving a total of RM42 million in funds from SRC, a former unit of 1Malaysia Development Bhd (1MDB).

See also:
Funds from Jho Low-linked firms to Najib were for 'loan purposes', says witness​
SRC borrowed RM4b from KWAP — and must repay more than RM9.2b​