SRC borrowed RM4b from KWAP — and must repay more than RM9.2b 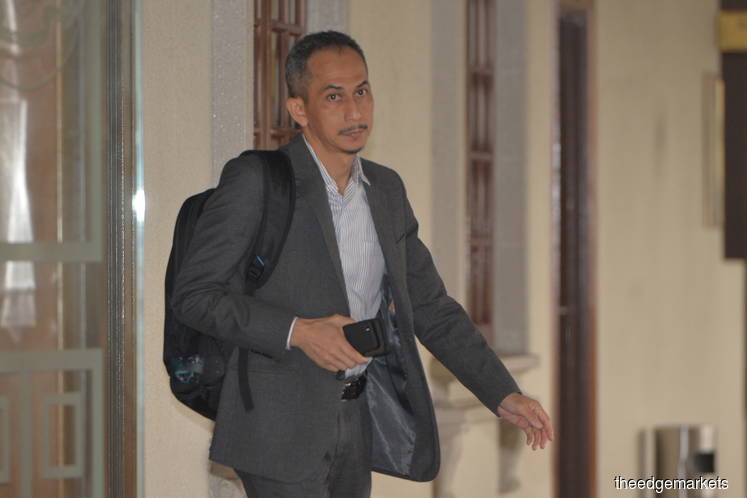 KUALA LUMPUR (July 15): A former senior partner with law firm Hisham, Sobri & Kadir, who acted for the Retirement Fund Inc (KWAP), told the High Court that SRC International Sdn Bhd will have to pay back more than RM9.2 billion for borrowing RM4 billion from the fund in 2011 and 2012.

This was revealed by the 48th prosecution witness Mohd Shuhaimi Ismail, 50, who helped with the documentation of the agreements.

Shuhaimi, who is now the legal director to Bandar Malaysia Sdn Bhd, told the Kuala Lumpur High Court that in 2011, he had helped draft the agreement between KWAP and SRC in August 2011 and March 2012, to facilitate the fund’s loan to the company.

“The firm Hisham, Sobri & Kadir prepared the documents for this purpose of the first and second loan. Under Islamic principles, a separate sales and purchase agreement had to be prepared before a facility is given [marking an actual sale and purchase],” the witness told the court.

The 48th prosecution witness added that from the first facility, SRC was required to pay a total of RM4.6 billion over a 10-year period, and the same amount for the second loan over the same period of time.

“This makes the total amount that is to be paid by SRC in excess of RM9.2 billion,” he said when replying to questions from Deputy Public Prosecutor Muhammad Saifuddin Hashim Musaimi.

Meanwhile, documents pertaining to the second loan — such as the facility agreement, sale and purchase agreement, and government guarantee letter — were signed on March 27, 2012 by Azian and Datuk Suboh Md Yassin, an ex-director of SRC.

According to previous testimonies from Ministry of Finance (MoF) officials last week, KWAP was asked to disburse the funds from the second loan, before the government guarantee was issued.

Najib allowed to go to parliament

Meanwhile, Justice Mohd Nazlan Mohd Ghazali ruled that Najib is allowed to attend parliament tomorrow, as it is slated to debate the bill introduced by the government to lower the voting age to 18 from 21.

Justice Nazlan said the matter was brought up by the defence through an early notice, and the court recognised that the matter is of great importance.

“Hence, this court is allowing the accused to be in Parliament from 11am onwards and for the proceedings of the day to be adjourned and replaced on a Friday, should the trial not conclude [after August 15],” the judge ruled.

The SRC trial is slated for Monday to Thursday this week

Najib's lead counsel Tan Sri Muhammad Shafee Abdullah told the court that prime minister Tun Dr Mahathir Mohamad and the Youth and Sports Minister Syed Saddiq Syed Abdul Rahman who tabled the bill for the constitutional amendment, had written in to every MP to come and vote in this “historical occasion”.

“As Najib has been appointed as Barisan Nasional advisor, he has to be there not as a party whip, but to represent the opposition coalition.”

“It is a historic occasion as the government requires a two-third majority to make this constitutional amendment and now the [Pakatan Harapan] government has a simple majority,” the senior lawyer said.

Appointed lawyer Datuk V Sithambaram said he leaves it to court to make a decision on the matter, but stands by the submissions made by the Attorney General Tommy Thomas in objecting for an adjournment for Najib to attend the Parliament sitting, when the bill requiring all MPs to declare their assets was tabled on July 1.

Justice Nazlan also fixed this Thursday (July 18) to hear submissions on the issue raised by the defence over Najib not being allowed to get his bank documents from his AmBank account, following a directive issued by the Malaysian Anti-Corruption Commission.