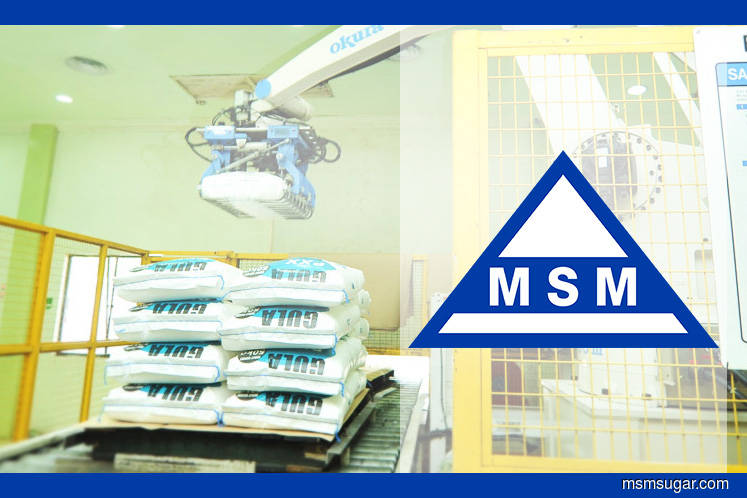 KUALA LUMPUR (June 18): Shares in MSM Malaysia Holdings Bhd soared as much as 18.1% in early trade today, as the country's largest refined sugar producer aims to turn profitable in FY20.

MSM group chief executive officer Datuk Khairil Anuar Aziz previously said the group intends to maximise the potential of its Johor plant, which has a total sugar production capacity of about one million tonnes a year.

The group aims to raise the utilisation rate of the Johor plant to 50%, from the current 34% by year end, which may help in lowering production cost.

Meanwhile, the group will undertake aggressive product diversification into premix and liquid sugar, to cater to industrial demand across Asia, added Khairil.

“We want to grow this business and our aim is to be the largest liquid sugar provider in Asia. It will be tough, but we have seen increasing demand. We just started [this newly-launched export product], so we are quite conservative [on our target] this year,” he said.