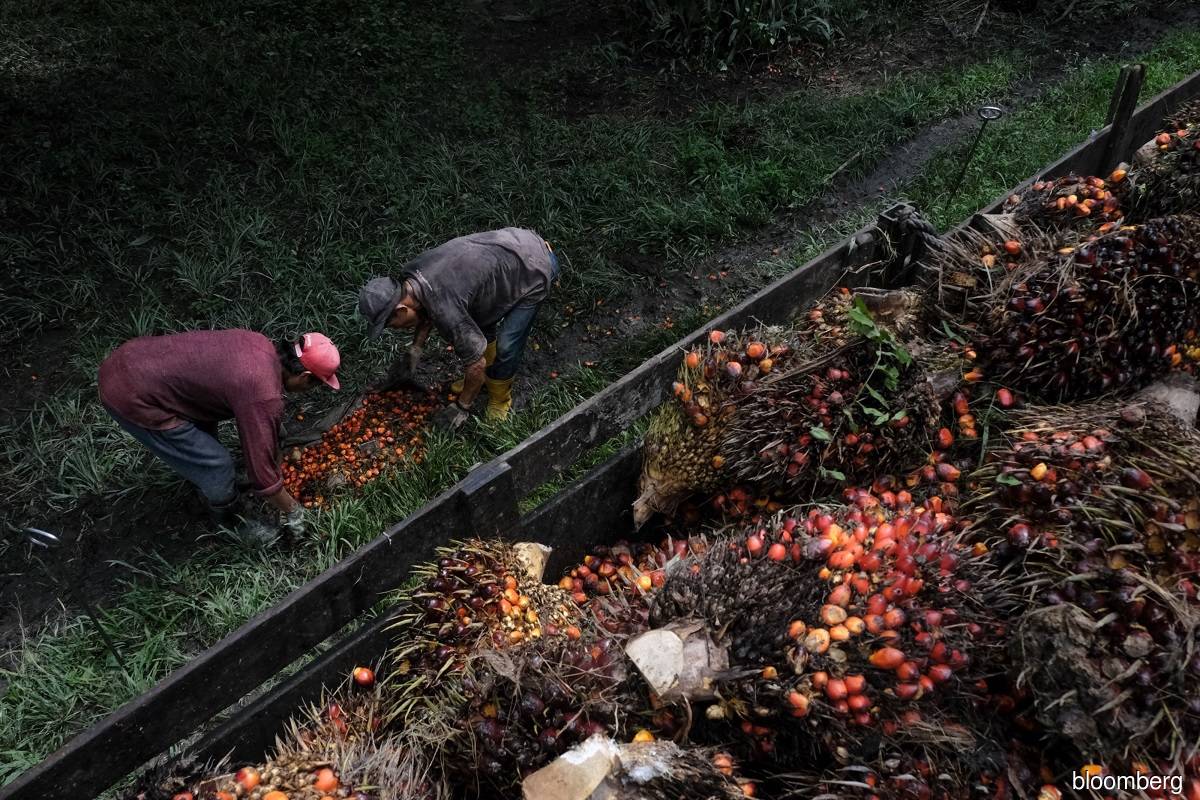 KUALA LUMPUR (June 6): Malaysian planters see losses in earnings by a further 5-10% this year, exacerbated by the acute labour shortages in the oil palm industry.

In a statement on Monday (June 6), the Malaysian Estate Owners' Association (MEOA) said the two oil palm regions in Malaysia where there are massive shortages of labour are Peninsular Malaysia and Sarawak, which make up 74% of the total oil palm production area in Malaysia.

It said even if there are fresh fruit bunches (FFB) on the trees, they are not being harvested, or are not harvested within the specified norm of 12 to 15 days round.

Some areas are even taking up to 35-40 days to render the FFB to be overripe or rotten, it said.

It was reported on May 31 that Indonesia had cancelled a plan to send its citizens to work in oil palm plantations in Malaysia.

The group said with no issuance of the announced 32,000 extended permits for workers, except for the recent small number of workers for some bigger plantation groups in sight, there will be even lower palm oil available along with the ban of export of palm oil from Indonesia.

MEOA said there is a sustained and growing demand for palm oil in the global edible oil equation.

"The sad reality is that Malaysia is missing the golden opportunity presented on a platter as we are not able to cope with the harvesting of all the oil palm bunches at the appropriate harvesting rounds set against the present limited labour force.

"Crop losses translate into losses in revenues and also taxes for the government coffers along with losses in additional multiplying and spin-off economic activities for the country," it said.

The group said the acute labour shortages will also affect future earnings as with limited labour force, many plantations would try to manage their labour productively by channelling their scarce human resources focused merely on harvesting of crop.

It said the priority is to ensure the modus operandi to bring in workers from Lombok is firmed up and the entire process can kick-start without delay so that all companies, be it big, medium or small players, will benefit from the return of the guest workers into Malaysia.

MEOA said it remains optimistic that the issuance of all the work permits would also be issued to mid- and smaller-sized plantations with the same urgency and expediency.

"In so far that recruitment applications by any planters fulfil all the necessary requirements to bring in the guest workers, transparency should prevail and no favouritism should be accorded," it said.

MEOA said that set against a national shortage of an estimated 1.25 million workers, the relevant authorities should also parallelly work out a system to prevent absconding from the plantation industry.