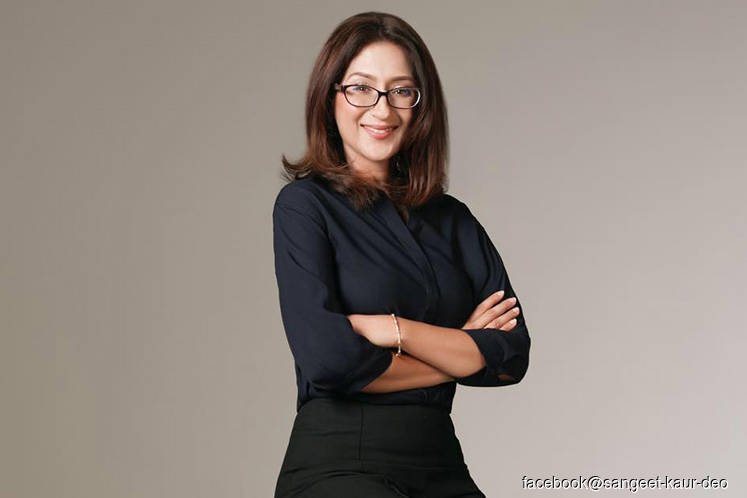 The lawyer had filed a suit against the Chief Justice Office after such claims regarding her late father's case emerged, as it was a "stain in the Malaysian judiciary".

"I have made a formal request to Tengku Maimun, the new CJ, to have this matter re-investigated. I do not think the outcome of the Federal Court appeal [that acquitted her father] addresses this complaint which is a stain in the Malaysian judiciary. That cannot be disregarded. I still feel it needs to be investigated on the allegations of interference in the Court of Appeal decision," she told reporters after case management of the suit today.

"I have written to Justice Tengku Maimun and she has responded, and I hope to take the matter further, and I really hope the matter will be investigated," she said.

When asked if the CJ had pledged to investigate it, Sangeet pointed out that she was on the Court of Appeals panel which had ruled on Karpal's appeal in 2016, hence she may be conflicted.

The CJ may be conflicted as she was on the Court of Appeal bench in 2016 that ruled on Karpal's conviction.

The majority of the bench upheld Karpal's conviction, while Tengku Maimun had dissented.

"So we will have to possibly see who is the right party to re-investigate [the case], given the fact that she was on the panel. That [decision to investigate] is pending at the moment and that is my ultimate goal. To have these allegations investigated and not for it to just disappear," the lawyer said.

It is understood that decision to investigate the case would fall on the second-highest ranked official in the judiciary, namely Court of Appeal president Tan Sri Ahmad Ma'arop.

The case management before High Court judge Justice Datuk Mohd Firuz Jaffril today was for the court to identify the progress in the case.

"The court has fixed Aug 6 for further case management," she said.

It was previously reported that Sangeet filed the suit against the CJ for failing to defend the judiciary following revelations of such alleged interference in Karpal's sedition case by Hamid during a Malaysian Bar event last year.

Govt has to explain why RCI has yet to convene
Joy told reporters that the bigger picture here was to have the Royal Commission of Inquiry (RCI) immediately as this will resolve all issues.

"It is not just the current matter but everything," said the lawyer.

Sangeet agreed and added that the RCI should be held and there is no reason for the delay.

"There has been clear indication from the government that it will be held. There's no reason given why there is a delay [until today].

"This is a fundamental issue in relation to the independence of the judiciary. There should be no delays when it comes to matters involving the judiciary.

"There is no stay in relation to the RCI and therefore I do not understand why the RCI has not been convened. I think the government has to give us an explanation on why this RCI have not been held," the lawyer said.

Sangeet added that the Attorney-General has already submitted terms of reference for the RCI weeks ago, according to reports.

When asked further whether she would withdraw her suit, Sangeet explained that it would depend on progress of her case.

"This is in relation to the expungement [sought by the AGC], Justice Tengku Maimun's response and others. Being the new CJ, I am very hopeful the right thing will be done and that this matter will not disappear or be swept under the carpet," Sangeet said.