Karpal acquitted of sedition five years after his death 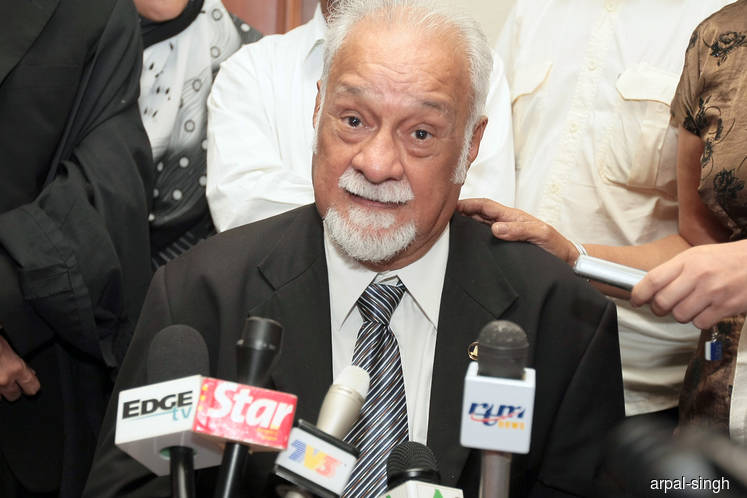 PUTRAJAYA (March 29): After almost five years since his death, the Federal Court today acquitted the late Karpal Singh of his sedition conviction and set aside his sentence of a fine of RM1,800.

"The High Court's failure to consider and evaluate Karpal's defence (over his comments on the Perak constitutional crisis) had resulted in a serious misdirection of law.

"On appeal to the Court of Appeal, the majority of the panel had also failed to consider Karpal's defence. This is also a serious misdirection," she said, adding that counsel Ram Karpal had pointed out that three out of four judges had failed to analyse the defence.

Given the circumstances, Zaharah said the court is of the view that the failure is a serious misdirection and had occasioned a miscarriage of justice.

Karpal's widow Gurmit Singh, who was in tears, said after five years, her late husband is finally vindicated.

"He can now rest in peace, as his name is finally cleared. We have been preparing for prayers for the fifth anniversary of his death and we welcome the decision," said Gurmit, when thanking her lawyers and children for fighting for their father's case.

Karpal was found guilty of sedition by the High Court in Kuala Lumpur in March 2014, over comments he made on then Perak Sultan, Sultan Azlan Shah, in the handling of the Perak constitutional crisis of 2009 following the fall of the Pakatan Rakyat government.

He was fined RM4,000, which resulted in him losing his parliamentary seat of Bukit Gelugor. The former DAP chairperson was then killed in a road accident on April 21, 2014.

His conviction was later upheld by the Court of Appeal in a two-to-one majority decision in 2016.

Initially, Karpal, who was first charged with sedition in 2010, was acquitted by the High Court without his defence called. But on the prosecution's appeal to the Court of Appeal in 2012, a three-member bench ordered the opposition stalwart to enter his defence.

"Karpal was testifying when defence was ordered to be called, but the High Court judge ignored the testimony and used the Court of Appeal's decision that ordered him to be called for defence against him.

"This is a serious misdirection by the court that needs to be rectified by the apex court," said the lawyer.

Ram Karpal told reporters after hearing concluded that his father would have been very happy if he was still here.