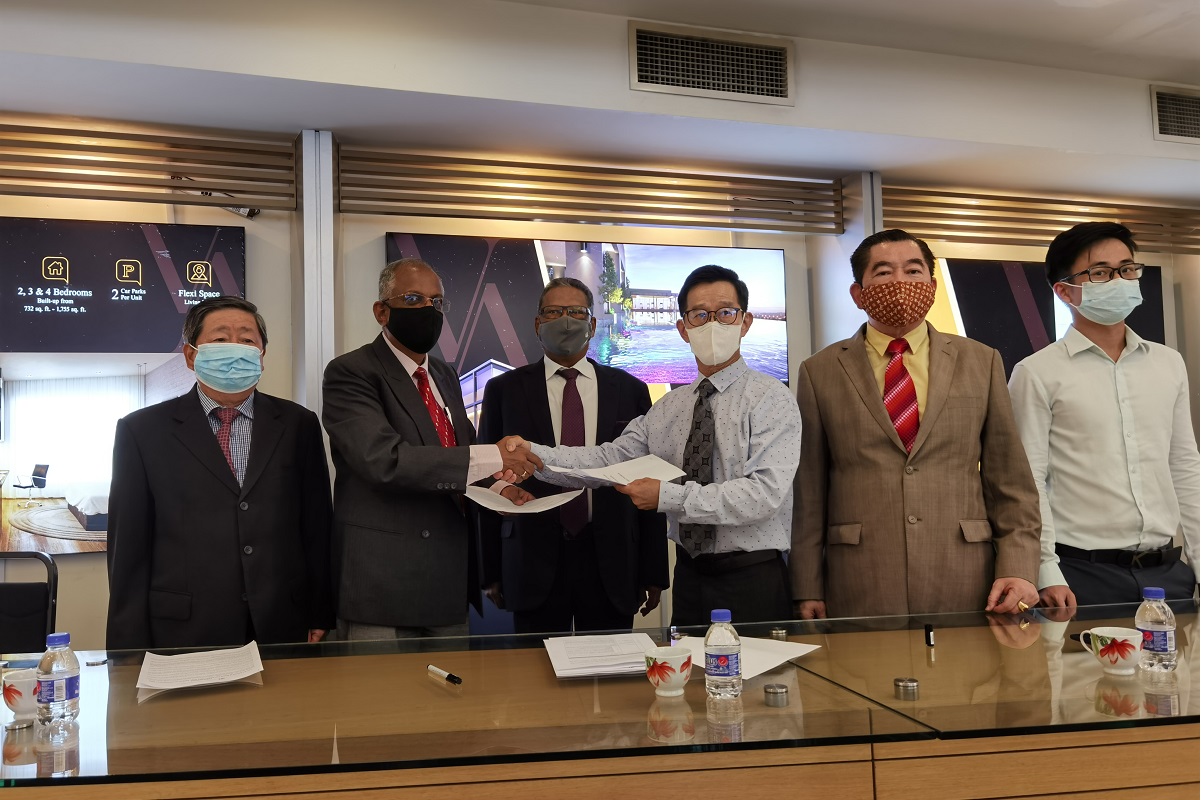 In a statement today, Jiankun said it has inked a memorandum of understanding with Chuanplus Industries Sdn Bhd to invest RM50 million to produce nitrile rubber. Chuanplus is a nitrile rubber producer based in Nilai, Negeri Sembilan.

The two companies have agreed to form a special purpose vehicle (SPV) to build a new nitrile rubber production plant and enter the lucrative upstream production of nitrile gloves, said Jiankun, adding that it will own 80% of the SPV and Chuanplus 20%.

The company said the proposals are subject to further negotiation before a joint venture agreement is finalised. It is understood that Jiankun will be responsible for raising funds, while Chuanplus has the technology know-how to produce nitrile rubber.

With this new venture, Jiankun’s newly appointed chairman Tan Sri Mohamed Apandi Ali and executive directors Datuk Tan Choon Hwa and Edwin Silvester Das are optimistic of turning the company around and improving its business prospects in the near future.

Jiankun explained that the plan to enter into the nitrile latex industry and become a raw material supplier for glove factories is based on the fact that the Covid-19 pandemic has led to a rise in demand for rubber gloves, and in turn, the price of the raw material or nitrile rubber has increased exponentially.

The RM50 million investment is for the purchase of machinery, reactors, installations and all equipment, the company said.

It added that the land cost for the factory is expected to be at RM70 million, bringing the total investment to RM120 million. Alternatively, the company may look to rent a factory.

“If everything goes as planned, it is estimated that after the first year of production, the order book will top RM175 million," said Chuanplus CEO Chuan Tuck Soon.

"Chuanplus has all the technology for the production of nitrile latex, and can produce the highest-grade nitrile latex, which is a high-demand raw material for all glove factories.

“The factory invested by Jiankun and Chuanplus is expected to produce 40,000 tons of nitrile latex per year,” Chuan added.