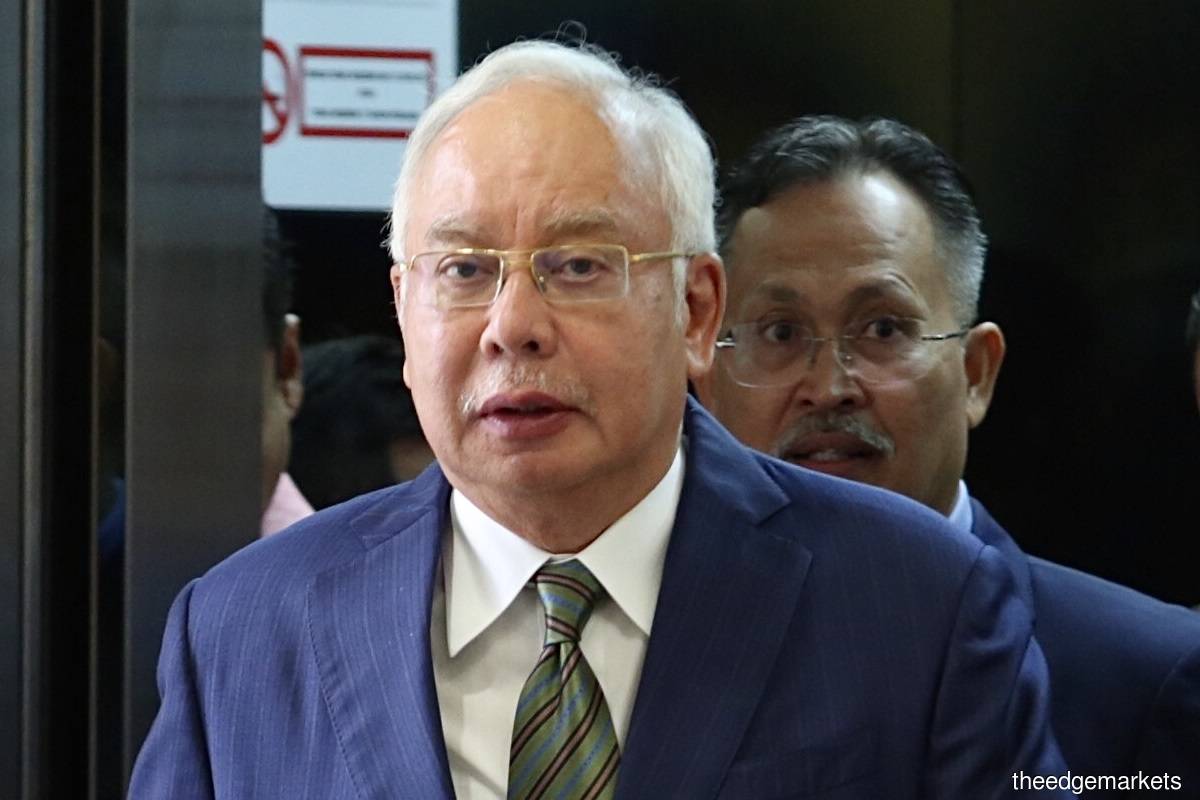 High Court Judge Justice Datuk Ahmad Bache read out his summary judgment today, ordering Najib to pay the amount to the IRB. The IRB was also awarded RM15,000 in cost.

“The court holds that a summary judgment is entered against the defendant (Najib) for the amount claimed by the plaintiff (IRB) as in the plaintiff’s statement of claims, that is RM1,692,872,924.83 with cost. Hence, an order in terms is granted to Enclosure (1), Order Accordingly,” Ahmad read.

Bache stated that under the Income Tax Act, the court has no powers pertaining to pleas from individuals who are disputing tax assessments against them.

“Such is the law because of the principle of revenue law that when there is a debt due to the government, the court shall not entertain any plea whatsoever,” he said.

The yearly assessments, not inclusive of penalties, amounted to RM1,465,690,844, became due and payable to the IRB after they sent assessment notices to Najib dated March 20, 2019, the judge noted, adding Najib’s camp has also admitted to receiving the notices at his address.

Since the notices were properly served to Najib, the tax therefore becomes due and payable to the IRB, he said.

The court also held that the penalty of 10% for each year of assessment for failing to pay the outstanding sum is permissible by virtue of Section 103 (5) of the Income Tax Act 1967, which states that any sum not paid within 30 days of the receipt of the notice be subject to the penalty.

With the 10% penalty added to the total outstanding sum, the payable sum due becomes RM1.61 billion. Subsequently, Najib failed to settle the renewed sum within 60 days under the same act, which resulted in a compounded 5% hike of RM80.61 million. Which brings the total to RM1.69 billion.

Ahmad also said the imposition of the penalty is fair and permissible. “…Because if all other tax-payers are to be imposed with such penalties upon late payment of taxes due, it is only fair that the defendant, who is a former finance minister and former prime minister, be subjected to the same provision of penalty as everyone stands equal before the law,” he said.

Ahmad also maintained that the court, in a civil proceeding brought by the government, has no power to entertain any plea on the amount, whether it is excessive, incorrectly assessed and under appeal as Najib’s lawyers had claimed.

He said that this has to be taken up with the Special Commissioners of Income Tax (SCIT), who are judges of fact. “This court holds that the merit of assessment which involve questions, should be heard by the SCIT, as the court is not the appropriate quorum to decide on issues of assessment. The SCIT are judges of facts,” he said.

Najib’s lawyer Farhan Shafee argued last month that the unpaid tax the IRB is seeking were from donations given to Najib, which he claimed were not taxable.

“We have the RM2.6 billion Arab donation that went into Najib’s account but after he used the money for elections, around US$620 million was returned to the Arabs. This has come out in Najib’s other court cases and there is money trail proof — in black and white — of these transactions. So how can the IRB tax the amount that was returned to the Arab royalty?” Farhan had questioned.

The judge further said today that all is not lost for Najib, as he can dispute the amount of assessment with the SCIT by filing an appeal, which has already been done.

In an immediate response to the summary judgment, Najib took to his Facebook account to express his dissatisfaction.

He claimed the issue was an act of oppression espoused by the Pakatan Harapan government against him. He also claimed that this was an abuse of power by the former government. “Actually, I am not ordered by the judge to pay the tax but the judge gave a summary judgment to the IRB to go ahead with their claim against me,” he added.

The government filed the suit against Najib on June 25 last year to recover the unpaid taxes.