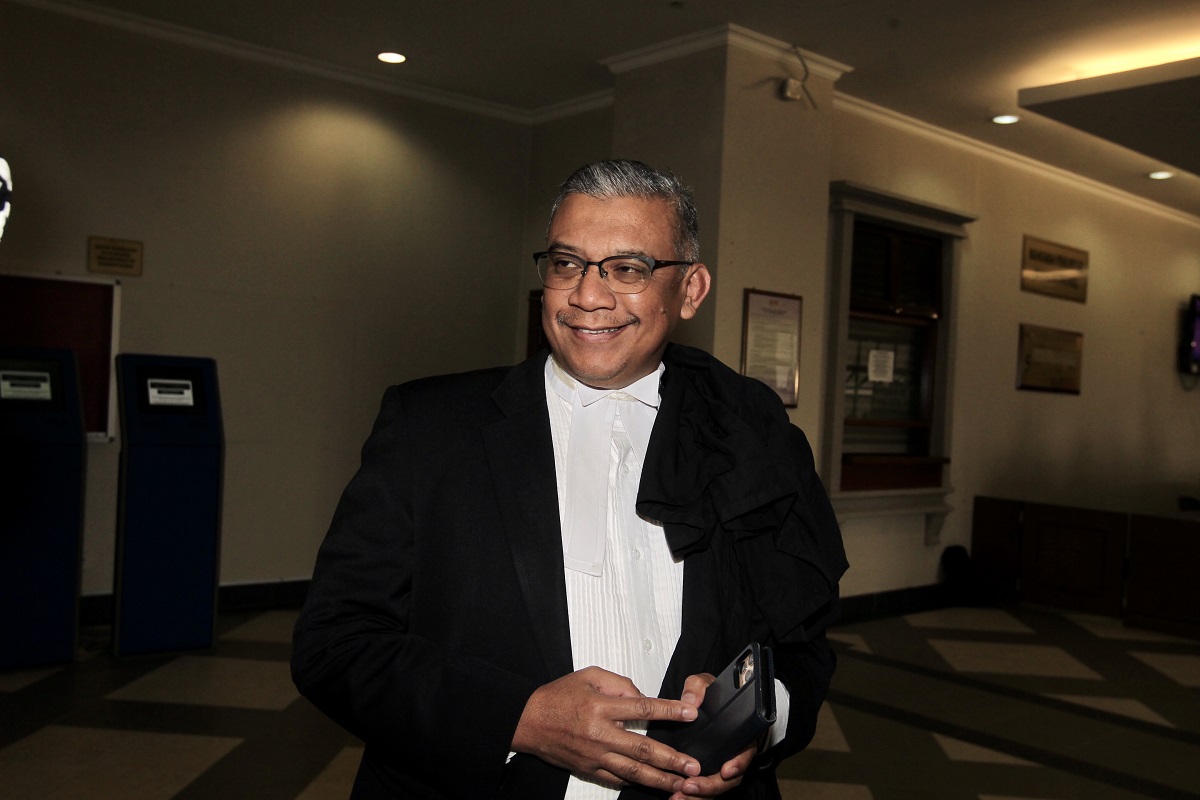 Masri (pic) has informed Justice Mohamed Zaini that they will still be proceeding with charges against Ng. (Photo by Shahrin Yahya/The Edge)

KUALA LUMPUR (Sept 4): Criminal charges against Goldman Sachs and its two Asian subsidiaries were withdrawn by the Attorney General’s Chambers (AGC) today for their involvement in the 1Malaysia Development Bhd (1MDB) scandal.

High Court Judge Justice Mohamed Zaini Mazlan allowed the prosecution's application for Goldman Sachs and its Singapore and Hong Kong subsidiaries to be granted a discharge and acquitted of all 12 charges against the three entities.

This comes after the Malaysian government came to a settlement with Goldman Sachs over its involvement in raising US$6.5 billion in bonds for 1MDB’s independent power plant purchases and the Tun Razak Exchange (TRX) and Bandar Malaysia projects.

Both parties had signed an agreement for the settlement.

Part of the deal signed included a payment of US$2.5 million within 10 days of the agreement.

It was reported on July 24 that Goldman Sachs had agreed to a settlement with Malaysia amounting to close to US$4 billion.

This included the US$2.5 billion cash and another US$1.4 billion being the guaranteed return of 1MDB assets seized by various authorities around the world in exchange for Malaysia dropping its charges against the bank.

The settlement came amid five days of intense negotiations in Kuala Lumpur last month that led to the July 24 announcement.

Goldman Sachs' three units in Singapore, Hong Kong and London were charged in Malaysia with misleading investors regarding US$6.5 billion in bond sales that the US investment bank helped raise for 1MDB, for which the financial institution claimed trial in the High Court last February.

Deputy Public Prosecutor (DPP) Datuk Masri Mohd Daud informed Justice Mohamed Zaini that they will still be proceeding with charges against former Goldman Sachs banker Roger Ng Chong Hwa, and the government is seeking his return to Malaysia to face these charges.

Ng is currently in the US to face charges over 1MDB-linked offences. He was temporarily surrendered to the US Department of Justice (DOJ) after it made an extradition request to the AGC.

The judge fixed Sept 10 for case management, during which the prosecution will update the court on the possible date of Ng’s return from the US.

In Malaysia, Ng pleaded not guilty on Dec 19, 2018 in the Sessions Court here to four charges of abetting Goldman Sachs over the sale of the US$6.5 billion 1MDB bonds by omitting material information and publishing untrue statements.