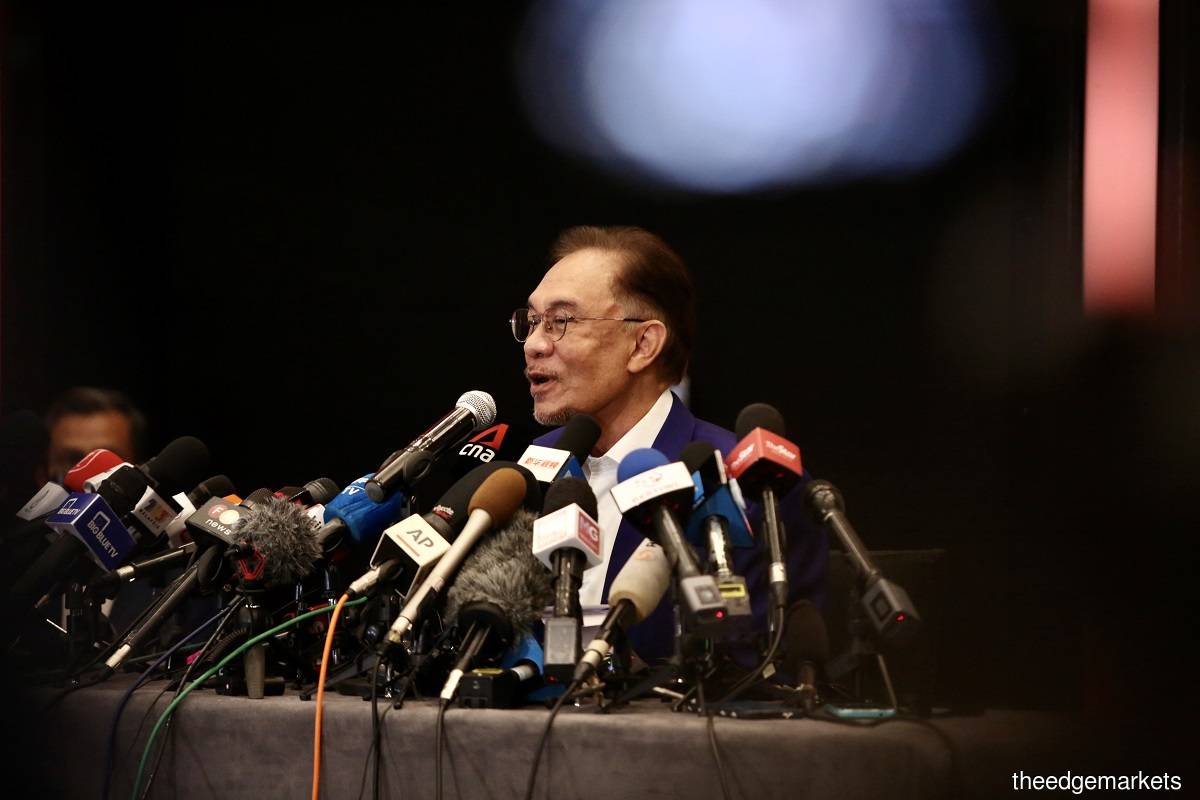 Anwar claims backed by over 120 MPs

According to Anwar, he has the support of more than 120 MPs.

During a press conference today after an audience with Yang di-Pertuan Agong earlier today, Anwar said the King will take some time to go through the documents and interview the heads of other political parties over the next one to two days for confirmation and inputs on the matter.

"From these documents, it is abundantly clear we have a formidable and convincing majority among the parliamentarians.

"I take this opportunity to record my appreciation of Yang di-Pertuan Agong for granting me an audience and giving me the opportunity to explain,” Anwar said.

He claimed that a government led by him would accord rights to every single citizen in the country amid concerns over his earlier comment that it would be a Malay-bumiputera majority government.

Asked if he had "cut deals with anybody", including those with criminal charges, to gain support, Anwar claimed that his planned government is an inclusive one, without a personal vendetta against anyone, as long as they accept the rule of law.

"I have already made it abundantly clear that we are committed to reform and judicial independence. There is no question of cutting deals. What I have assured them is that there is no vendetta and they must accept the rule of law," he claimed.