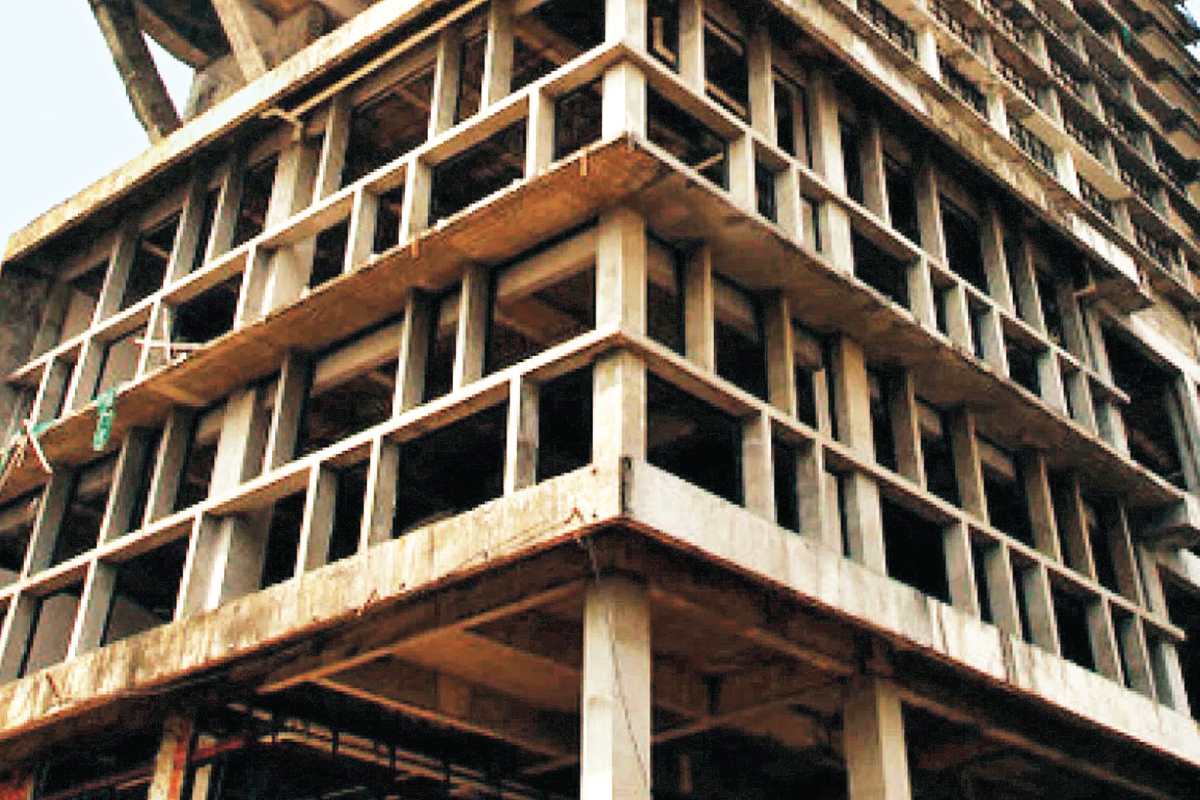 IF you are a purchaser whose residential project could be delayed, your right to compensation for late delivery of vacant possession could hinge on whether the Ministry of Local Government Development grants an extension of time (EOT) to the developer to complete the project.

In the event an EOT is granted, you can say goodbye to your liquidated ascertained damages (LAD) claim. And until your home is ready, housing loans have to be serviced and possibly rent paid for accommodation elsewhere.

This is what happened to a group of purchasers who bought serviced apartments in Mines Resort City, Seri Kembangan in Selangor from Bludream City Development Sdn Bhd.

The developer obtained an EOT and managed to escape paying the LAD. The purchasers, who did not receive a judgment in their favour at the Court of Appeal, took their case to the Federal Court.

They applied for leave to the apex court to pursue an appeal against the Court of Appeal’s decision that the minister of local government development has the power to grant an EOT to a housing developer to deliver vacant possession. The purchasers wanted to be afforded a right to be heard prior to the minister making the decision under Regulation 12 of the Housing Development (Control and Licensing) Regulations 1989 (HDR 1989).

However, on Jan 4, their request for leave was dismissed by the Federal Court.

A three-member bench — led by acting Court of Appeal president Tan Sri Abang Iskandar Abang Hashim, who is the Chief Judge of Sabah and Sarawak — unanimously refused to grant leave to the purchasers on two questions of law posed by them, stating that the appellants had not passed the threshold under Section 96 of the Courts of Judicature Act.  The bench concluded that the leave questions posed were neither a question of general principle decided for the first time nor a question of importance of which further argument and a decision of a Federal Court would be public advantage.  It is noteworthy that in civil cases, appellants have to gain leave (permission) from the apex court before the merits of the appeal are heard fully.

This apex court decision means that the purchasers’ hope for compensation for the late delivery of their homes has been quashed.

Purchasers’ right to be heard when EOT is being considered

When an EOT is being considered, do the purchasers have the right to be heard? This was one of the two questions of law posed by the purchasers of Bludream in their leave application. There appear to be differing views on the matter.

Lawyer Ranjan N Chandran, a commercial and construction partner at Hakem Arabi & Associates, says, “With the Federal Court dismissing the leave application, it means that the Court of Appeal’s decision is intact and the ultimate decision on EOT granted by the minister is with the minister of local government development.”

That is, the minister cannot delegate his powers.

The National House Buyers Association’s (HBA) honorary secretary-general Datuk Chang Kim Loong, in stressing that the ruling by the apex court has not set a precedent, says that in dismissing the leave application, the Federal Court did not address the pertinent issue of purchasers having a right to be heard when the minister makes his decision on EOT for delivery of vacant possession.

Thus, this issue is still open for discussion and is debatable.

In a press release dated Jan 4, Chang said that “not granting leave does not mean the Federal Court endorsed the Court of Appeal’s decision as correct.”

”Based on the Court of Appeal decision in Bludream, the ultimate decision to grant EOT is in the hands of the minister pursuant to Section 24(2)(e) of the Housing Development (Control and Licensing) Act 1966 (HDA 1966),” Zico law partner Jeyakuhan S K Jeyasingam tells The Edge.

“Any developer unable to complete the construction on time in accordance with the statutory sale and purchase agreement (SPA) may resort to the minister to request an extension of time. What the minister needs to do is to consider fairly in determining whether an EOT should be granted,” he adds.

Jeyakuhan points out that the purchasers’ right to be heard is not conferred by the statute nor regulation.

“The issue of whether the minister should give an opportunity to the purchasers to be heard is still unsettled as the leave to appeal was dismissed by the Federal Court,” he points out.

Accordingly, he opines that the decision of the Court of Appeal in Bludream stands as a landmark decision insofar that the minister has the power to grant an EOT to the developer.

Typically, a delay in completion and delivery entitles a purchaser to LAD. Housing regulations require landed properties to be completed within 24 months of signing the SPA; for high-rise units, it is 36 months.

Bludream, the developer of three blocks of high-rise units, managed to obtain two EOTs. The first EOT was granted to the developer by the Controller of Housing from 36 months to 42 months. The developer applied for a second EOT from 42 months to 59 months after being issued a 17-month stop work order by the local authority due to suspected cracks in a nearby school.

Referring to a similar case — Ang Ming Lee and others vs Menteri Kesejahteraan Bandar, Perumahan dan Kerajaan Tempatan and another — Ranjan says, “Both the Federal Court decisions are in harmony and distinguishable based on [their] peculiar factual matrix.”

In Ang Ming Lee, the application by the developer to seek an EOT pursuant to Regulation 11(3) of the HDR 1989 from 36 months to 48 months was rejected by the Controller of Housing. An appeal was then made to the minister pursuant to Regulation 12 and an EOT was granted from 36 months to 48 months. But the letter granting the EOT on appeal to the minister was signed by the Controller of Housing.

“When the purchasers challenged the EOT, this is where the Federal Court decided that the EOT letter was ultra vires the law as the minister cannot delegate his powers on EOT to the Controller of Housing,” Ranjan explains.

Ranjan adds that another notable difference between Bludream and Ang Ming Lee is the fact that in the case of the former, the EOT was applied prior to the purchasers executing their SPA and they had knowledge of the extended period while in the latter, the EOT was applied subsequent to the execution of the SPA.

“Ang Ming Lee opened the floodgates to litigation for purchasers to challenge the EOT by the Controller of Housing and to claim additional LAD. Bludream would seem to have partially shut the doors, with the minister having the ultimate decision and discretion to decide,” he adds.

On the fairness of the Bludream decision to the purchasers who had lost out on the claim for LAD, Ranjan says, “It is most unfortunate that they lost out on their LAD claims but the rationale of the Court of Appeal decision, which is good law with the dismissal of the Federal Court leave, must be appreciated.

“The Court of Appeal decided that the minister could not be said to have suffered from any of the infirmities such that it was illegal, in breach of natural justice, irrational or that it was out of proportion to the justice of the case that could make the EOT susceptible to being quashed,” he says.

The Court of Appeal further held that there were times that the court would not interfere with the exercise of discretion of the minister in charge of housing as he had a team of advisers [who are] experienced and experts, Ranjan notes.

On Ang Ming Lee, Jeyakuhan says, “The Federal Court’s decision in Ang Ming Lee is not overruled, in that the housing controller’s decision to grant EOT is null and void by reason of Regulation 11(3) of the HDR 1989.”

Chang, meanwhile, highlighted in his statement that the dismissal of leave does not mean that the minister has the power to decide on whether to grant an EOT for delivery of vacant possession without hearing the rights of purchasers. Instead, he added that the apex court merely ruled that the leave application filed by the purchasers had failed to satisfy the required threshold and nothing beyond that.

Citing Ang Ming Lee, Chang tells The Edge that the Court of Appeal judge (now elevated to Federal Court judge) Datuk Harminder Singh Dhaliwal said, “As the rights of the purchasers to claim damages in the event of a delay would be adversely affected or even extinguished by the exercise of such discretionary power, it is our judgment that purchasers must be given an opportunity to be heard prior to any decision made.”

And in Bludream, the minister did not seek the views of the affected purchasers before allowing the EOT extension, although it is a known fact that the EOT would adversely affect the purchasers’ right to claim LAD, Chang says.

Moreover, he stressed that the denial of the right to be heard is also against the spirit of the HDA 1966, which has been consistently recognised as a social legislation enacted to protect the interest of purchasers. “Perhaps the time will come in the future when the Federal Court is given the opportunity to clarify the issue,” he adds.

It is worth noting that Bludream was later found to be not responsible for the cracks that appeared in the school. The developer completed the project within the EOT granted and Bludream was wound-up on Oct 21, 2022.

Can EOT be granted to white knights of abandoned projects and for commercial developments that are delayed?

When white knights go in to revive an ailing or abandoned project, they would typically prefer not to be burdened with the LAD payments. Will an EOT be granted?

According to Ranjan, the minister does not willy-nilly grant an EOT. Instead, the minister is expected to be fair. “If there are cogent reasons and in the interest of the purchasers that the housing development project is completed and not remain an eyesore, the minister may consider granting an EOT,” he explains.

As the HDA allows for the minister to grant EOT for projects with a residential and strata property governed by the HDA 1966, what happens to developments holding commercial titles? “EOTs for commercial properties will be based on the principle of freedom of contract and terms agreed to by the parties in the SPA. Any EOT will invariably affect the purchasers’ right to claim LAD,” he adds.