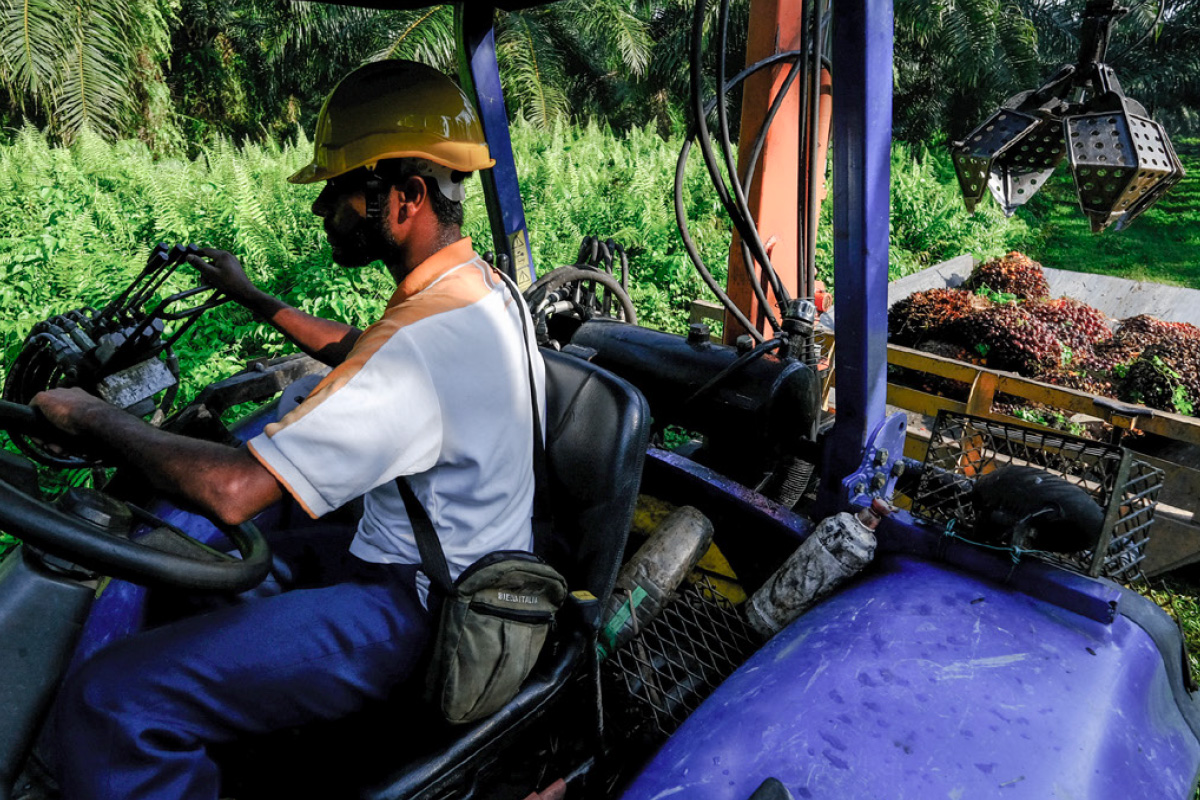 The Malaysian Palm Oil Industry is a 100-billion-ringgit industry that is home to more than 450,000 small farmers.

Sustainability is a major point when discussing palm oil. As the most consumed vegetable oil in the world, palm oil’s consistent high-yield production attracts scrutiny from market competitors and observers alike for potential irregularities that may provide an unfair advantage. While unsurprising and rational, it has become an opportunity for discriminatory treatments against palm oil producers, putting their production practices into question.

The European Union (EU) has imposed regulations on palm oil, specifically banning its use in biofuel productions. The United States (US) too – via the US Customs and Border Protection (CBP) – have banned palm oil imports from selected companies, such as the Withhold Release Order (WRO) against Sime Darby Plantations. These are some of the more heavy-handed treatments received by the global palm oil industry. Other treatments include restrictive regulations and policies on palm oil imports by the EU , along with mandating a labelling requirement on the contents for all their vegetable oil products. The latter requirement is also shared by Australia, who has also encouraged the use of certified sustainable palm oil to promote the protection of wildlife habitat.

Aside from these legislative actions, there are also ongoing anti-palm oil campaigns. Previously, US soybean lobbyists linked claims of high cholesterol levels to the saturated fats found in palm oil. European green NGOs are openly receiving EU funding to actively campaign on rapeseed and sunflower oil in developing countries while at the same time trying to improve their environmental practices.

On one hand, we can take these campaigns and legislative actions from these established markets from a holistic standpoint and address the arguments they present. Labour was the justification behind the US bans - the 2016 Trafficking in Persons Report (Malaysia) published by the US State Department a key document in these actions. The EU, on the other hand, argued on grounds of deforestation - oil palm is a major crop for all countries producing it, with most palm oil yield contributed by commercial plantations that make up a large percentage of agricultural land use in these countries.

Palm oil is a perennial crop, with a lifespan of 30 years.

On the other hand, these legislative actions seem heavy-handed. Along with the active campaigns, such as those from the US soybean lobbyists and green European NGOs, it feels like the larger markets are asserting their presence, exerting market and political pressure via legislations and global campaigns.

As a major crop in Malaysia, oil palm forms 68% of agricultural land use (5.9 million ha) in 2020 as per the Department of Statistics Malaysia, with majority of these lands (72%) under plantation estates. But the size of land use is not the main reason why palm oil is the most consumed vegetable oil in the world. Oil palm is a perennial crop, with trees producing economically viable volumes of fresh fruit bunches (FFB) over a lifespan of 30 years. A mature oil palm tree produces bunches of fruits weighing around 20kg about 15 times a year.

These high-yield characteristics already guarantee a profitable return, but what sets palm oil apart from other vegetable oil such as soybean, rapeseed, and sunflower seed (the next three most consumed vegetable oil in the world) is its superior economic competitiveness. The yield of palm oil is 3.49 tonne/hectare, 5-8 times more productive as compared to other vegetable oil crops. For reference, rapeseed oil yield is at 0.78 tonne/hectare, while soybean oil yield is at 0.46 tonne/ hectare. This comparison brings to light many things, but most importantly it asserts that rapeseed and soybean will require a much larger and extensive land use just to produce the same yield as palm oil.

This economy of scale provides meaningful context to the sentiments behind legislations and campaigns by the EU, the US, and Australia.

The truth about palm oil sustainability is somewhere between the arguments behind the actions of the Western markets above and the actual actions taken. But focusing on this alone will not resolve nor address any sustainability concerns of palm oil production; it is not a zero-sum game because it is larger than just winning an argument against established markets such as the ones above. The way forward would be to strike a balance between the questions posed by these markets and maintaining palm oil’s environmental and economic contributions.

The Malaysian Palm Oil Industry is a 102-billion-ringgit industry that is home to more than 450,000 small farmers. Malaysia is the research and development hub for the global palm oil industry. We have made huge progress in yield improvements via genome mapping, clonal work, and mechanisation. We have also made use of palm oil biomass to generate biofuels and oleochemicals, both of which are profitable by-products that have added to the palm oil value chain. All these are definitely a great place to start the conversation about sustainable palm oil.

For Malaysia at least, the conversation had taken off within the industry around 2015, with the development of the Malaysian Sustainable Palm Oil (MSPO) scheme. Like many certification schemes that begin as a voluntary scheme, the MSPO was one of the efforts by the Malaysian palm oil industry players to keep themselves onside in the global market. Developed by the Malaysian Palm Oil Industry together with the Malaysian Palm Oil Certification Council (MPOCC), MSPO is a set of standards to ensure sustainable palm oil production in Malaysia. It consists of the Oil Palm Management Certification (OPMC) and the Supply Chain Certification Standards (SCCS), both of which are effective and practical approaches in helping the industry arrive at a green and ethical – sustainable - palm oil industry.

At the time of writing, MSPO implementation in the Malaysian Palm Oil Industry has reached 96% . The MSPO Trace that was launched in November 2019 has undergone further improvements after user and stakeholder feedback, with its compliance being made mandatory for maintaining certification status since 1 September 2020. The remaining percentages mainly involve independent smallholders, where issues such as legal land title and document safekeeping are major certification obstacles . Despite this positive progress, Greenpeace and the EU are critical of MSPO, as the “Destruction: Certified” report asserted that certification is a weak tool against global deforestation and ecosystem destruction.

The same report also highlighted the need for greater government-togovernment cooperation in addressing global deforestation, beyond just the EU. In this sense, the MSPO can be a game-changer - it is reviewed regularly by panels that openly invite the world at large to provide input into its everevolving standards. It is a national level certification with legislative support and is an initiative that has begun to highlight the shortcomings of voluntary certification schemes such as the RSPO. This is a precedent that should bridge the global palm oil industry and markets together, and remains as evidence that Malaysia is owning its position as a major global palm oil producer by taking the lead in developing a set of standards that can help shape a more sustainable palm oil industry around the world.