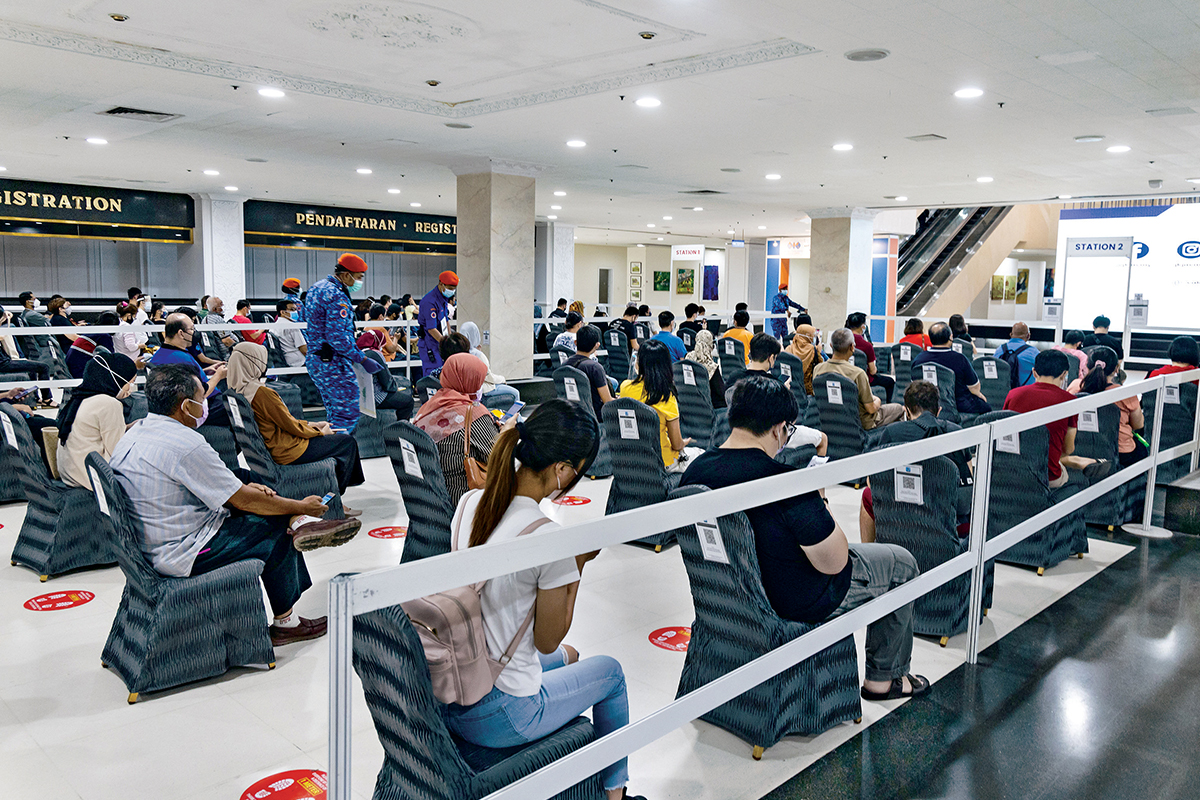 The Covid-19 fund will see an additional RM4 billion increase, where RM2 billion will be used to fund the vaccination programme

On Oct 29, Finance Minister Tengku Datuk Seri Zafrul Abdul Aziz tabled Budget 2022 in parliament. Few would argue about the significance of this budget given how Malaysia is still nursing its battle wounds inflicted by the Covid-19 pandemic and the series of lockdowns to contain the highly transmissible virus.

When the RM332.1 billion budget for 2022 was unveiled, it made sure that no one would be left behind. Notably, it is the largest budget in the history of Malaysia and appropriately so, given its intention of supporting the country and its people through the recovery stage of the pandemic.

The budget, said Tengku Zafrul in his speech, was the outcome of a series of on-the-ground engagements across various states in Malaysia, where over 30 focus group meetings and consultations were held.

More than that, Budget 2022 was also formulated after 80 engagements with political leaders on both sides of the political divide, thus reflecting the government’s commitment towards a comprehensive recovery for the country across the different socioeconomic segments.

Concerned for the well-being of the B40 segment, which have experienced much hardship during the pandemic, the government introduced Bantuan Keluarga Malaysia (BKM) with an allocation of RM8.2 billion.

The government is also cognizant of the plight of single parents and senior citizen households under the B40 category — hence, providing an additional assistance of RM500 for these groups.

Meanwhile, the M40 group, which often feels left out from the goodies given, have a lot to look out for in the form of tax reliefs next year under Budget 2022.

Notable ones include the increase in individual income tax relief for upskilling and self-enhancement course fees to RM2,000 from RM1,000 until the year of assessment (YA) 2023.

Voluntary contributions made to the Employees Provident Fund will also be given relief of up to RM4,000. Previously, only mandatory contributions to the EPF were afforded the tax relief.

The masses would also be pleased to know that the special individual income tax relief of up to RM2,500 on the purchase of mobile phones, computers and tablets have been extended for another year to YA2022, in line with the work from home phenomena.

Besides that, Real Property Gains Tax rate on gains from the disposal of real property and shares in real property companies in the 6th year and onwards will be reduced to 0% from 5% previously, for individual citizens and permanent residents.

There is no doubt that the pandemic and containment measures taken have resulted in a high amount of job losses, especially in industries that have directly suffered from the pandemic.

The government has taken early steps to support employers and to help jobseekers since the start of the pandemic.

This budget is no exception. A total of RM4.8 billion has been slated for the Jamin Kerja Keluarga Malaysia programme, which guarantees 600,000 job opportunities for jobseekers.

Under the JaminKerja employment incentive scheme that will be managed by Socso (Social Security Organisation), employers who hire Malaysians who have not been actively employed will see the government providing an incentive of 20% of the monthly salary for the first six months for the new hire and 30% for the next six months for jobs with a salary of RM1,500 and above.

Employers are also encouraged to hire locals over foreign workers, where an additional 10% of salary will be provided to employees each month for 12 months should a change in role offered to local employees to replace foreign workers and trade officers occur.

The government will also continue its Malaysia Short-term Employment Programme (MySTEP) initiative, which aims to offer 80,000 contract employment opportunities for 50,000 jobs within the public sector and 30,000 jobs within government-linked companies.

Empowering women in the workforce

The important role women play in the workforce can no longer be placed on the sidelines. The government has also extended incentives to employers who hire women who have been unemployed for more than 365 days, single mothers and housewives.

Employers who do so will see the incentive where 30% of an employee’s salary for the first six months and 40% for the last six months will be paid by the government.

The government has also proposed to make it mandatory for all public listed companies to have at least one female representative on the board. This initiative will take effect from Sept 1, 2022, for large cap companies and June 1, 2023, for the remaining listed companies.

Rebuilding businesses and future-proofing them

Businesses are the heart of an economy, providing significant spillover impact on governments and society, as well as the power to alleviate the livelihood of people. It is then no surprise that the government has given much attention to the various segments of businesses in the country.

Businesses will find it useful that direct loans, financing guarantees and equity-based schemes amounting to a total of RM40 billion will be made available to them under the Semarak Niaga Keluarga Malaysia Programme. This programme is open to every kind of business, from the micro enterprises to the public listed companies.

Among these include a microcredit financing scheme worth RM1.8 billion that will be provided through various agencies such as TEKUN, Agrobank, BSN, Bank Rakyat and Bank Negara Malaysia.

Meanwhile, a total of RM2.1 billion has been allocated to assist companies facing leverage issues. This initiative, to support equity and quasi-equity investment schemes, will be led by SME Bank in collaboration with TERAJU and BSN, where a fund amounting to RM600 million will be open to all businesses. Another RM500 million will be allocated by Bank Pembangunan Malaysia Bhd for its Rehabilitation and Support Through Equity scheme, on top of Bank Negara’s Business Recapitalisation Fund worth RM1 billion.

While the worst of the pandemic seems to be behind us, the fight against Covid-19 is far from over. Hence, the government is committed to keep healthcare as a priority. A total of RM32.4 billion has been allocated to the Ministry of Health for operating and development expenditure.

On top of that, the Covid-19 fund will see an additional RM4 billion increase, where RM2 billion will be used to fund the vaccination programme and another RM2 billion will be for the purchase of medicine, consumables, personal protective equipment and health kits.

It goes without saying that the Covid-19 pandemic has left a dent in the savings account of countries around the world and Malaysia is not spared from it either. Revenue collection deteriorated while expenditure grew with the stimulus packages needed to revive the struggling economy.

That said, it is necessary as the country rebuilds its coffers and widens its tax revenue as it emerges from the pandemic to prepare itself for potential challenges ahead.

Other notable tax measures include the taxing of foreign source income of Malaysian tax residents starting from Jan 1, 2022, and the increase in stamp duty on contract notes to 0.15% from 0.1% as well as the removal of the RM200 stamp duty limit for each related contract note.

The government is also introducing the Fiscal Responsibility Act, where it is proposed to be tabled in 2022. The objective of the act is to improve governance, accountability and transparency in the country’s fiscal management, said Tengku Zafrul in his budget speech, as a way to ensure fiscal sustainability and to support macroeconomic stability.

Notably, the government is also collaborating with the World Bank in conducting the Public Expenditure Review to ensure that public spending is done in an efficient and effective manner while still maintaining high levels of public service delivery.

Looking at the various measures that have been announced in Budget 2022, it is clear that all segments of society and businesses have been considered in the careful formulation of the budget.