Zuraida: HOC will not integrate with MM2H 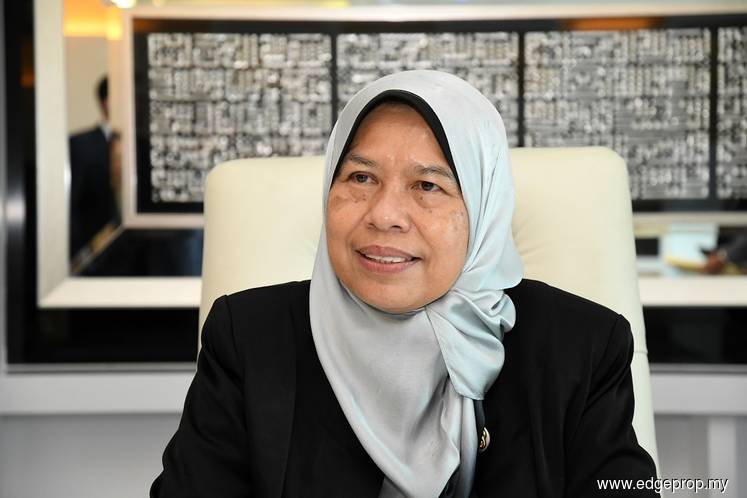 PETALING JAYA (Oct 30): The government has no plans to integrate the Malaysia My Second Home (MM2H) programme with the Home Ownership Campaign (HOC), as the two schemes have different objectives, said the Housing and Local Government (KPKT) Minister Zuraida Kamaruddin.

“Both programmes have different objectives and target segments: One is targeting Malaysians with the objective to encourage home-ownership, while the other is aimed at attracting foreign investors,” Zuraida stressed during Parliament session today.

The minister said in a written reply to Ketereh lawmaker Tan Sri Annuar Musa’s queries on the government’s plans of selling luxury home units (homes priced above RM1 million) to foreigners and its implication on the local property market.

Zuraida noted that HOC is a programme that caters specifically to Malaysians only to enable them to own a home with incentives provided by the government and also discounts from the developers.

MM2H, on the other hand, is a governmental initiative to attract and provide an opportunity for high-income foreigners (subjected to fulfilment of certain requirements) to reside in Malaysia and contribute to the economy, as well via a number of sub-sectors like investments, property and education, among others.

Successful MM2H applicants will be given a social visit pass with a multiple-entry visa for a period of 10 years, which can be renewed.

Based on data from the National Property Information Centre (Napic) for 2Q2019, there are 4,213 unsold home units priced at RM1 million and above amounting to some RM8.3 billion.

“If these properties could be sold to foreigners, it could help to reduce the oversupply of luxury properties, hence, encourage economic growth as a whole,” she added.

For those who worry about the lowered price threshold for foreign property buyers affecting local home ownership, Zuraida said that the state governments have their own guidelines for foreign homeownership to prevent developers from building luxury homes solely for foreigners and property price speculation.

Additionally, the number of homes purchased by foreigners from January to June this year stood at just 0.4% or 398 units compared with 99,524 units for Malaysians (99.6%), according to Napic.

“This shows that the property market for foreigners is still under control,” added Zuraida.

Based on data from the Ministry of Tourism, Arts and Culture (MOTAC), the number of property transactions from 2007 to 2018 by MM2H holders recorded some 5,108 units in which a majority (2,097 units) are from China.

“Therefore, the government via Budget 2020 decided to lower the price threshold for foreigners to purchase high-rise residential properties in urban areas to RM600,000, from RM1 million, for one year without denying the rights of eligible locals to purchase similar properties,” explained Zuraida.

In encouraging local homeownership, the minister noted that the government has introduced several initiatives to help homebuyers such as the HOC, flexi-loan schemes, Cagamas SRP Bhd youth scheme guarantees and more.

According to her, some 21,000 units worth RM13.44 billion have been sold under the HOC since January 2019 – substantially more than the initial target of RM3 billion.

“Thus, the HOC was extended to December 2019 to allow more Malaysians to own a home at a discounted price on top of stamp duty exemptions provided by the government,” added Zuraida.

Meanwhile, Zuraida noted that the FundMyHome crowdfunding platform, which was developed by EdgeProp Sdn Bhd, is also another alternative way to facilitate homeownership. — EdgeProp.my