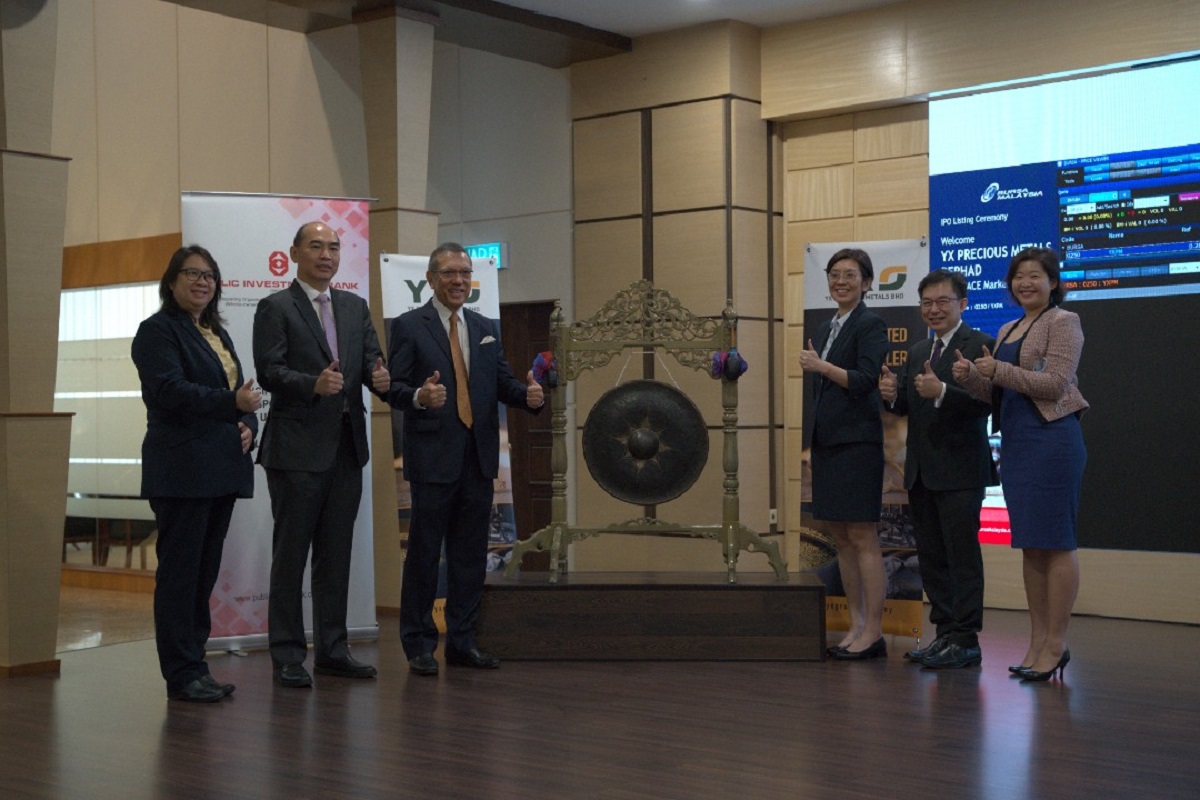 The jeweller, which saw its share price close at 27 sen at 5pm, plans to increase its market share in Malaysia because there is still a lot of room for improvement as YXPM only has a 6.1% share in the Malaysian jewellery market.

"We are now serving around 300 [retail] customers and we hope to serve more [customers] with the funds [raised from the initial public offering (IPO)] coming in," YXPM managing director Ng Sheau Chyn said at a press conference after YXPM's listing on Thursday. YXPM, which was the most-active stock on Bursa, registered a trading volume of 129.95 million shares after trading between 26.5 sen and 30.5 sen.

At the press conference, Ng said YXPM will "work harder" to generate higher revenue in the future.

"We will work harder. Since we serve retail customers, we are also very cautious about attracting new customers as we need to assess credit risk," she said.

According to YXPM's prospectus, the company's enlarged number of issued shares upon listing stood at 372.15 million, which gives YXPM a market capitalisation of RM104.2 million based on its 28 sen IPO share price.

At Bursa on Thursday, YXPM was listed at its IPO price of 28 sen a share. At 5pm, YXPM's share price closed at 27 sen, after the stock was traded at between 26.5 sen and 30.5 sen on Thursday.

YXPM, which was the most-active stock on Bursa, registered a trading volume of 143.16 million shares.

Public Investment Bank Bhd was the principal adviser, sponsor, sole underwriter and sole placement agent for YXPM's IPO, according to the prospectus.

It was reported that global equity and commodity markets fell on Thursday, as investors worried that further rises in interest rates to quell decades-high inflation would tip economies into recession.

"The MSCI all-country share index was down 0.35%, adding to its slide of more than 20% for the year. Prices of copper and crude oil sank on prospects of less demand for fuel and building materials as consumers limit spending.

"Concerns about the demand outlook have sapped commodity prices, with oil tumbling on Thursday to the lowest in more than a month. Brent crude was down 1.7% at US$109.83 a barrel and US crude declined 2% to US$104.10 a barrel.

"Iron ore was already at six-month lows, having lost more than 20% in recent weeks, while copper struck a 15-month trough overnight," Reuters reported.

Patrick Spencer, vice chairman of equities at Baird Investment Bank, was quoted as saying copper has always been the "lead indicator commodity" for economic growth.