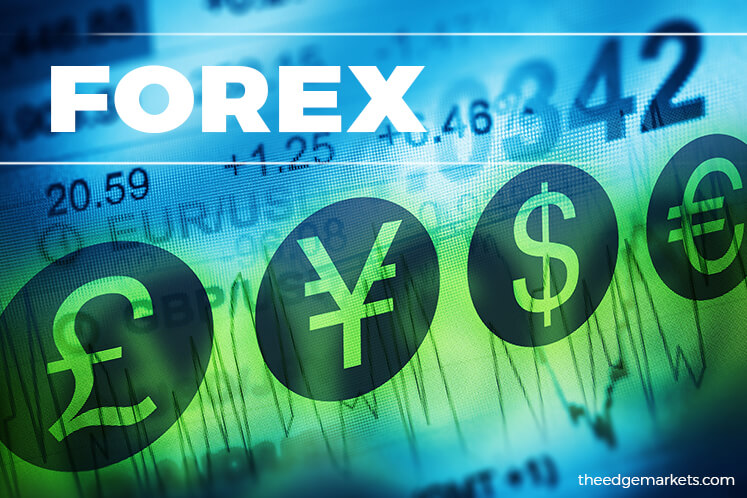 TOKYO (April 12): The yen hit five-month highs against the dollar, euro and sterling on Wednesday, as simmering geopolitical tensions checked risk appetite and put the safe-haven Japanese currency in favor.

Investors' flight-to-safety underpinned traditional safe-havens like the yen, Treasuries and gold, amid fresh concerns about the French presidential election and possible U.S. military action against Syria and North Korea.

"As recent data suggest, the United States is not in bad shape fundamentally and this should be dollar-supportive. But right now the tide favours the yen and participants do not want to miss the next wave of yen buying."

The U.S. currency had slid more than 1% the previous day from highs of 110.920, with the 110.00 threshold finally being breached after several close calls over the past few weeks.

"There was a lot of bids and option barriers lined up around 110 yen, so a breach of this level shows how widespread the latest dollar selling was," said Junichi Ishikawa, senior forex strategist at IG Securities in Tokyo.

"The yen's gains against the euro also bears watching, with uncertainty towards the French presidential elections clearly the driving factor."

The euro, which sank more than 1% overnight, extended losses and touched a five-month low of 116.020 yen. The common currency was on track to post its 13th straight session of losses versus the yen.

On Tuesday, North Korean state media warned of a nuclear attack on the United States at any sign of American aggression, while U.S. President Donald Trump tweeted that Pyongyang was "looking for trouble" and the United States would "solve the problem" with or without China's help.

And in a new twist to the French elections, a far-left veteran who had been written off as a long shot has now surged into the top four, pushing some pollsters to calculate the most extreme runoff scenarios.

While the euro sagged against the yen, it fared better versus the struggling dollar. The common currency was up 0.1% at US$1.0610, adding to modest overnight gains.

It was a similar story for the pound, which retreated to a near five-month low of 136.60 yen, but edged up against the dollar. Sterling was steady at US$1.2489, after gaining about 0.6% overnight.

The dollar index against a basket of major currencies was steady at 100.710, after losing 0.3% the previous day.

The Australian dollar, sensitive to shifts in broader risk appetite, was steady at US$0.7493, after dropping to a near three-month trough of US$0.7475 the previous day.

The Aussie added to the previous day's large losses and fell to a near five-month low of 81.85 yen.