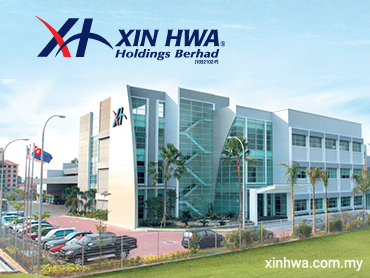 KUALA LUMPUR (July 1): Integrated logistics provider Xin Hwa Holdings Bhd, which is into its second day of trading after an impressive debut on the Main Market of Bursa Malaysia yesterday, gained as much as 10 sen or 11.63% earlier today.

Xin Hwa capped its maiden day yesterday as the most actively traded stock across the board; it closed at 86 sen, up 16 sen or 22.9% after some 76.3 million shares changed hands.

After the listing ceremony, the group managing director Ng Aik Chuan had told reporters that Xin Hwa was optimistic about maintaining its double-digit net profit growth even after its five-year tax allowance from the government expires on March 17 next year.

Subsequent to the expiration, Xin Hwa’s tax rate would increase to 25% from 10%, which would likely impact its net profit growth.

Ng, however, said the group has plans to expand regionally and impose cost control measures to address the issue.