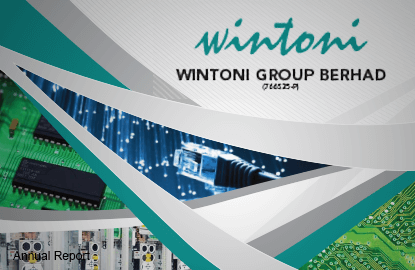 According to a filing with Bursa Malaysia today, Yap had disposed the shares between Nov 26 and Dec 1, 2015. After the disposal, Yap’s shareholding in the company stood at 19.1 million shares or a 3.72% stake.

Wintoni, a business solution provider and designer of automation systems, had seen a 59% drop in its share price from 16 sen on Nov 25 to 6.5 sen yesterday (Dec 2), after the company said it was unable to submit its financial statement for the third quarter ended Sept 30 (3QFY15) due to loss of data, following a recent break in to its office.

As a result of its failure to submit its 3QFY15 results, the group’s shares will be suspended next Tuesday (Dec 8); and the company risks delisting, should it fail to issue the outstanding financial statements within six months from the expiry of the stipulated timeframe.