Who is this Eric Tan who received US$11.9m of SRC's money? 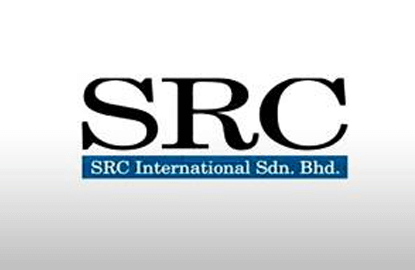 This time, Yeo was accused of fraudulently facilitating the payment of US$11.9 million from the BSI account of SRC International (M) Ltd (British Virgin Islands) in Switzerland to a DBS Bank account in Singapore that belonged to a company owned by Tan, called Affinity Equity International Partners Ltd, on Dec 23, 2013.

The charge sheet stated that Yeo had facilitated the payment to Tan/Affinity via an “intermediary” by investing in BVI-based Pacific Harbor Global Growth Fund AA4.

Yeo also concealed from BSI the fact that he was paid a fee by Hong Kong-based Pacific Harbor Holdings Ltd, which manages the fund. According to its website, Pacific Harbor has 15 employees and US$90 million under its management.

Yeo was also accused of fraudulently issuing a letter to Citigroup Inc’s head of anti-money laundering & sanctions compliance for Europe, Middle East and Africa (see Document 1). Citigroup was the clearing bank for the transfer of money between BSI and DBS.

SRC (BVI) is a subsidiary of SRC International Sdn Bhd, a company that began as a 1Malaysia Development Bhd (1MDB) subsidiary before it was transferred to come directly under the Minister of Finance (MoF) Inc in February 2012.

When the US$11.9 million was paid to Affinity’s Tan, SRC was already directly under MoF Inc.

The then SRC managing director was Nik Faisal Ariff Kamil, who fled Malaysia last year after he was sought by investigators here. He was at one time the chief investment officer at 1MDB and had also worked at UBG Bhd when Low Taek Jho (Jho Low) was a major shareholder of the company.

He is an associate of Jho Low and had, on Sept 30, 2009, instructed RBS Coutts in Singapore to transfer US$20 million to a JP Morgan account of Tarek Obaid of PetroSaudi International Ltd, according to documents sighted by The Edge (see Documents 2 and 3).

Why Tarek was paid US$20 million by Acme Time Ltd is not known. But it happened two days after 1MDB signed a joint-venture agreement with PetroSaudi and a day after US$1.0 billion was sent out of the country by 1MDB. Of that amount, US$700 million was paid to Good Star Ltd (Seychelles) without the approval of 1MDB’s board of directors.

Tan had given instructions to RBS Coutts using the letterhead of Acme. That letter was addressed to Yak Yew Chee and Yvonne Seah at RBS. Yak subsequently joined BSI and is also being investigated by the Singapore authorities for the handling of money and transactions involving 1MDB and now SRC.

It was also Tan who, on Oct 1, 2009 (two days after Good Star received US$700 million from 1MDB), sent an email with an attachment on an investment management agreement to PetroSaudi CEO Patrick Mahony, who would be paid 2% for managing a sum of US$85 million for Good Star.

Clearly, Tan is a key figure in the trail of money, as evidenced by what Singapore’s second solicitor-general, Kwek Mean Luck, said when he submitted documentary proof to support the new charge against Yeo.

“The documents speak for themselves,” Kwek told the court. “The new charge is significant as it opens up an entirely new front in the investigations.

Kwek had asked for and was granted an extension of the police remand of Yeo until May 19. He also revealed that 18 witnesses have been interviewed by investigators from the Commercial Affairs Department.

He said international money laundering is hard to detect and even more difficult to prove. “The investigations have been made even more difficult as enormous efforts have been put into concealing the hands of those involved. The accused (Yeo) has played no small role in these efforts to conceal. Singapore as a leading financial centre takes its responsibility to stamp out and deter money laundering very seriously.”

The documents Kwek submitted to court showed that Nik Faisal and the then 1MDB executive director for finance Terence Geh had approved the transfer of payment and investment in the Pacific Harbor fund (see Documents 4, 5 and 6). Why Geh was involved in a SRC transaction is not clear, especially since by 2013, SRC was already under MoF Inc.

One document shows an email that Geh forwarded to Yeo and copied to Nik Faisal, Yak and other BSI executives, in which Yeo had asked Nik Faisal to sign off on documents to proceed with the investment in funds managed by Pacific Harbor.

What is also interesting about the information that came out of the Singapore court was that it revealed another case where a company was set up with a name that was similar to that of another legitimate entity.

As for SRC (BVI), according to media reports, it took a 50% stake in Aabar-SRC Strategic Resources Ltd, comprising 60 million shares of US$1 each, on Dec 1, 2011. It also acquired 85% equity interest in PT SRC Indonesia, a company incorporated in Indonesia, for US$1.7 million on Nov 7, 2011.

It is not known what has happened since as SRC has failed to submit any accounts to the Companies Commission of Malaysia in the last few years.

Increasingly, it does appear that Malaysians can only find out more about what really happened at 1MDB and SRC from overseas investigations rather than those carried out at home.