Who is behind DreamEDGE, the company leading the new national car project? 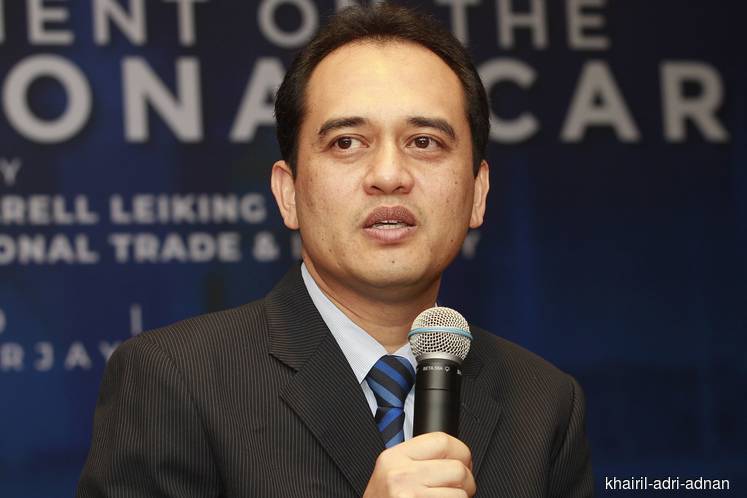 MIGHT is under the purview of the Prime Minister’s Department.

According to a statement by Khairil Adri Adnan, founder and CEO of DreamEDGE, the company “is a 100% Bumiputera-owned company of which [he] is a major shareholder”.

Since early 2017, Khairil said MIGHT’s wholly-owned VentureTECH Sdn Bhd only owns 10% of DreamEDGE and does not even have a board representative in the company formerly known as A-Bio Sdn Bhd.

Khairil issued the statement late today to clarify the shareholding in DreamEDGE as the latest filings with CTOS showed that VentureTECH had a 52.63% stake in the company while he held a 43.11% stake. The remaining 4.26% was held by its general manager Azhan Abdul Aziz.

Such shareholding structure draws criticism that the third nation car project is not a private sector initiative.

His statement also made no mention of VentureTECH’s exit price and whether he is now the largest shareholder of DreamEDGE. There was also no specific mention of whether the technology secured is from Daihatsu.

Initiated by the Government as a strategic programme under the purview of the Ministry of Economic Affairs, VentureTECH is an investment company established to catalyze the growth of high technology industries in Malaysia by investing in dynamic entrepreneurs.

“In our investment, we do not just seek profitability. We select commercially viable ventures with high socio-economic impact. More importantly, we look for ventures that are spearheaded by people that share our aspiration, which is to build iconic Malaysian companies, known to the world,” VentureTECH said on its website.

According to company search data obtained from CTOS last Friday, DreamEDGE was incorporated in March 2007, had RM12.38 million in share capital and retained earnings as at end-December 2017 and was loss-making in the latest two available financial years. There was no data for FY2018.

International Trade and Industry Minister Datuk Ignatius Darell Leiking told reporters that DreamEDGE is “wholly privately funded”. Daihatsu, which has a 30% stake in Perusahaan Otomobil Kedua Sdn Bhd that was set up in 1993, will not hold a stake in the third national car project.

According to him, the company has over 150 engineers, who mainly specialise in the automotive industry. Some of its Malaysian engineers are based in Japan. The company, which has long collaborated with companies in Japan, having provided technical and long-term strategic collaboration to support clients focusing on technology innovation, from ideation to prototyping to mass production.

In fact, Khairil himself graduated with a Bachelor of Science Electronics and Engineering from Polytechnic University Japan before starting his career with Digital Process Ltd, Japan (DIPRO). Khairil, during his 10-year stint at DIPRO, was responsible for the development of 3D CAD environment and his portfolios included multinational companies and Japanese conglomerates, OEM companies as well as Tier 1 automotive components suppliers. He came back to Malaysia as he saw that there is vast potential in digital engineering technology for the country.

Over 11 years since the establishment of DreamEDGE, the company currently boasts a manufacturing and prototyping centre in Cyberjaya, an innovation lab in Bukit Jalil within the R&D institute Sirim, a design centre in Taiping, as well as an R&D office in Tokyo, Japan.

Beyond automotive, DreamEDGE has also built experience in various applications through the establishment of multi-vertical mechanical design and process engineering, cutting across industry verticals including oil and gas, rail, defence, ship building and repair, as well as digital dentistry.

The company has also developed robotics and augmented reality design capabilities that add value to smart manufacturing for the automotive industry.

It is worth noting that Prime Minister Tun Dr Mahathir Mohamad was the guest of honour at DreamEDGE’s Empowering the Nation’s Automotive Industry seminar back in 2014.

The new national car is said to be fully designed and developed by Malaysian engineers, focusing on new upper body, interior and human-machine interface systems, as well as enhancement of noise, vibration and harshness (NVH) and ride and handling (R&H). On the other hand, Daihatsu will provide support to DreamEDGE in advanced technology, which may include platform and engine development.

As a start, DreamEDGE said the new national car will take on a new approach of segmenting itself through exclusive models featuring advanced technologies, but assures that it will be affordable in its offerings to the public.

This report has been updated for accuracy.