When glove party ends, not just shareholders get burnt 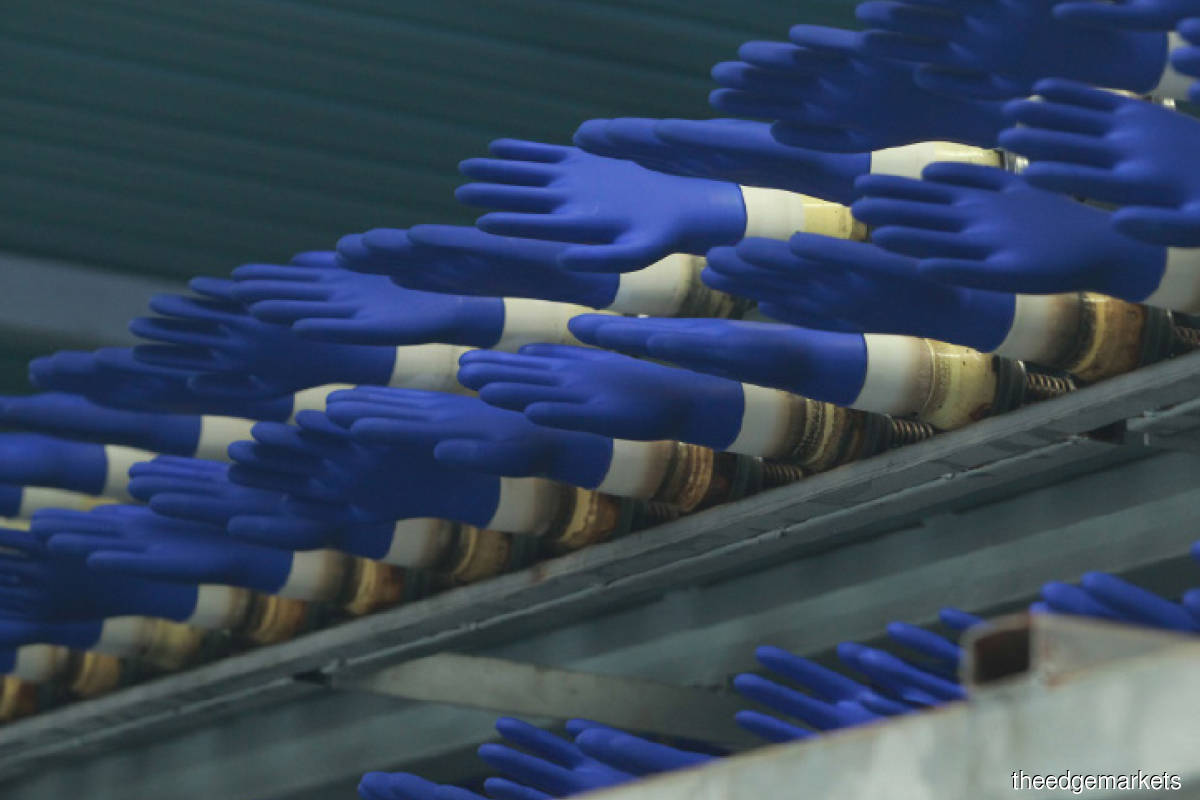 AS the overbought glove sector extended its sell-off from last month, investors — particularly those sitting on profit — joined the selling, which further fuelled the decline.

From their peak in early August, the share prices of the big four glove makers have fallen sharply despite last Friday’s rebound. Top Glove Corp Bhd has retreated 18% from an all-time high of RM9.38, Supermax Corp Bhd is down nearly 37% from its peak, Hartalega Holdings Bhd has fallen 39.02% and Kossan Rubber Industries Bhd has declined 44.32%.

The steep correction hurt not only those who bought the shares but also the holders of structured call warrants, who were biting their nails as the counters plummeted.

Over the past four months, investment analysts had been raising the target prices of glove stocks on premium valuations amid bullish views of their earnings prospects. Consequently, the glove mania gathered steam, with bulls enjoying the rally. Many retail investors sought a cheaper proxy to the rally by putting money into structured warrants.

Now, the euphoria has turned into dissent as investment analysts started downgrading the sector on the grounds that most good news had been factored into the share prices. Last week, one foreign securities firm downgraded Top Glove to “sell” and slashed its target price by nearly half.

It is understood that the downgrade came after another analyst took over coverage of the stock. The securities firm recommended that clients take advantage of the current lofty valuation to lock in a handsome profit.

In fact, the analyst raised the earnings forecast, but reduced the valuation multiple when valuing Top Glove, noting that the group’s earnings would peak in the second half of 2021.

However, the downgrade has not gone down well with the investing community. Some even wrote to the Securities Commission Malaysia (SC) to complain that the securities firm had drastically changed its view on the stock, from a “buy” to a “sell” call, in a span of just two weeks.

According to a letter sighted by The Edge , an investor has lodged a complaint with the SC against the securities firm over the downgrade. The investor asked whether there was any conflict of interest considering the securities firm had also issued call warrants on Top Glove.

The SC and the securities firm did not immediately respond to questions from The Edge.

Structured warrants: the holder and the issuer

Structured warrants are issued by investment banks. And they are cash-settled.

Among the glove companies, there are more than 15 such derivatives linked to each of them. For example, Macquarie Bank, CIMB Investment Bank, Kenanga Investment Bank and Maybank Investment Bank have issued a total of 25 call warrants and three put warrants on Top Glove.

One of these is TOPGLOV-C67, a structured call warrant issued by Macquarie in February. The derivative will expire on Oct 16 with an exercise price of RM1.67 and an exercise ratio of 1.33 times. The structured warrant closed at RM4.20 last Friday.

Top Glove ended the week at RM7.76, so the warrant holder is still in the money. Of course, this does not include the brokerage fee, clearing fee and stamp duty.

The warrants with the earliest expiry dates are Macquarie’s TOPGLOV-C67 and CIMB’s TOPGLOV-C66, which has a strike price of RM1.50, an exercise ratio of 1.7 times, and which expires on Oct 30.

As for the investment banks, if the call warrants are in the money, then they will bear the difference between the strike price and the underlying stock price via a cash settlement. When share prices fall following a downgrade of the underlying stock, questions are often raised about the ultimate purpose of the revision of the recommendations, considering that when the share price falls below the exercise price, it will favour the issuers of the warrants.

The flipside is, will it take just one downgrade to swing the price of a big-cap stock? Hypothetically, if the downgrade had happened in July when glove stocks were marching to new peaks, would Top Glove’s share price have tanked?

The excitement is still alive

Top Glove rebounded last Friday, with its share price rising RM1.31 or 20.3% to RM7.76, its highest single-day jump on record. Trading volume soared to a two-year high of 226.35 million shares — the highest level since July 16.

Top Glove, which has a consensus forward price-earnings ratio of 43.35 times, currently has 16 “buy” calls, with the highest target price being RM15.45, according to a Sept 3 report by Affin Hwang Research. It also has five “hold” calls and one “underperform”, according to Bloomberg.

A stock price is gauged by the multiple of its earnings per share, or essentially how long it will take a company to deliver its earnings at the prevailing share price.

Fundamentally, analysts are still positive that glove makers will crush their record earnings in 2Q2020 in the quarters ahead. But if the downgrade is questioned, observers will ask whether the same thing can be said about upgrades in the past.