What does the rise of robots in the workplace actually mean? 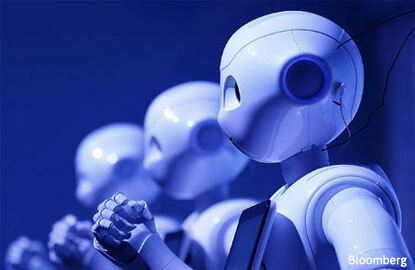 SINGAPORE (Dec 27): Almost all economists agree that digital technologies are performing many jobs once done by humans.

But what they can't agree on is whether the use of robots will lead to more or fewer jobs.

According to a recent Financial Times article, robots are wiping out some human jobs but people are also working with robots in new roles.

This was what one anthropologist Benjamin Shestakovsky found when he followed a California company that uses digital technologies to connect buyers and sellers of domestic services.

Shestakovsky initially thought that his research would show how machines were replacing human workers.

But when he probed deeper, he realised that the company was growing so fast, with such big and complex computing systems, that it was constantly hiring more humans to monitor, manage and interpret the data.

Shreeharsh Kelkar, another anthropologist, noticed the same trend in the education world.

But watching them in action, Kelkar found that human teachers were working with these digital tools to be more efficient in what he dubbed “assemblages” of humans and computers.

Nevertheless, it is not clear whether these two case studies were unique.

FT says the problem deserves a great deal more attention in the US — when president-elect Donald Trump takes office next month.

Trump has repeatedly said that he is determined to keep more manufacturing business in the country.

But if he does succeed, he will only accelerate the automation trend as companies scramble to cut costs.

In Singapore, technology too displacing jobs in some industries.

For instance, ride-hailing apps like Uber and Grab are upending the transportation sector, while the likes of Airbnb are affecting the hospitality business.

With the adoption of technology, demand for traditional skills is waning while jobs for employees with specific IT skills will be very much in demand.

How do you then prepare Singapore workers for this brave new world of work?

In both countries, what is urgently needed is for policymakers to obtain much better data on what is really happening in the workplace.