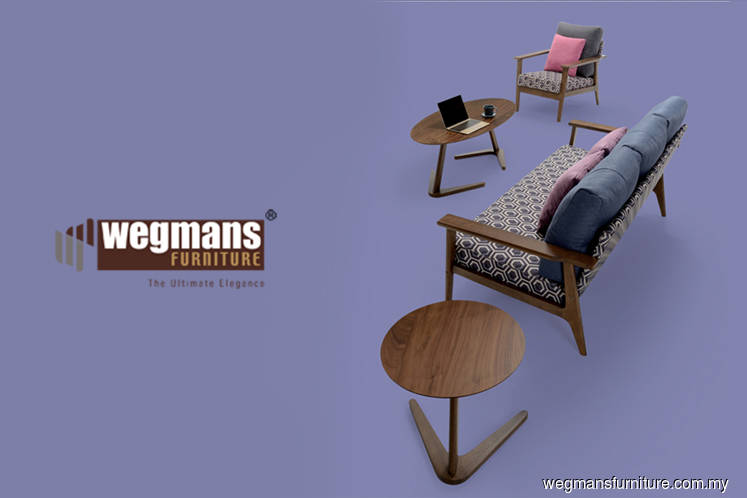 According to Wegmans' prospectus, the company intends to use the listing proceeds to finance machinery purchases and construction of new factories.

Speaking to reporters at the launch of Wegmans' prospectus here today, executive director Collin Law said the export-based group will monitor the ringgit-US dollar exchange rate and adjust prices of its products accordingly. This is because approximately 98% of Wegmans' revenue in financial year ended Dec 31, 2016 was derived from exports to mainly Japan, the US, Australia and the UK on top of another 10 countries.

Law said the group aims to diversify geographically by exporting to Europe and to expand its presence in existing markets.

"I would like to stress that the quality, design and development of our products would be the key factors in determining the profit for the company," Law said.

According to Wegmans' prospectus, the company's IPO involves a public issue of 100 million new shares and an offer for sale of 50 million existing shares at 29 sen each. Wegmans said it is slated for listing on March 6, 2018.