The Week Ahead: China’s 2Q GDP, G7 meeting and PAC report in focus 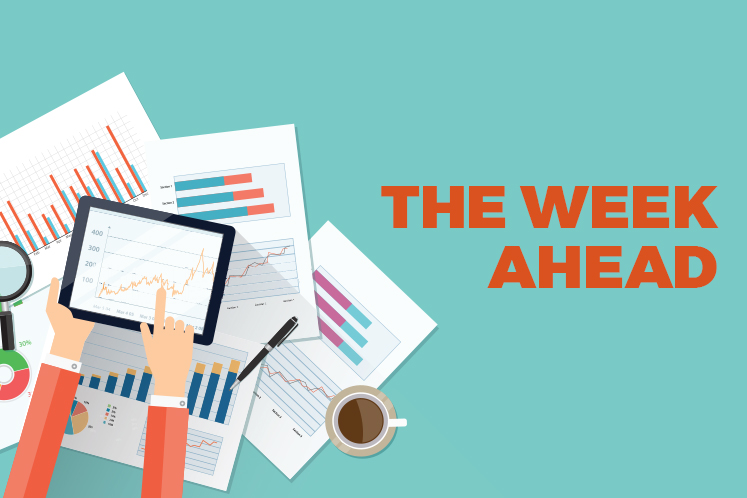 Key events and data that will be closely watched this week include China’s second-quarter economic growth (July 15) and the Group of Seven (G7) finance ministers’ meeting in Chantilly, France (July 17 and 18).

At home, the Public Accounts Committee’s (PAC) report on the missing Goods and Services Tax (GST) refunds amounting to RM19.4 billion will be tabled in the Dewan Rakyat on Tuesday. PAC chairman Datuk Dr Noraini Ahmad said the committee took 11 months from Aug 15 last year to complete the report.

The 9th International Planters Conference 2019 will be held from Monday to Wednesday in Kuala Lumpur with the theme “The Plantation Industry: Charting the Future — Transforming People, Policies and Processes”. The conference, organised by The Incorporated Society of Planters, will kick off with a royal address by the Sultan of Perak Sultan Nazrin Shah.

Over in China, its economy is expected to have grown at a slower pace of 6.2% year on year in 2Q compared with 6.4% year on year in 1Q, amid its ongoing trade war with the US. However, on a seasonally adjusted sequential basis, the world’s second largest economy is likely to have grown faster at 1.5% quarter on quarter in 2Q compared with 1.4% quarter on quarter in 1Q, according to a Bloomberg consensus forecast.

US-China trade relations will remain in the spotlight this week. Both sides recently agreed to resume trade negotiations after a long lull. However, according to news reports, a tweet by US President Donald Trump last Thursday that Beijing “is letting us down” by not buying American agricultural products “that they said they would” does not bode well for efforts to reach a trade agreement, given that US officials have said they expect China to purchase crops as part of ongoing talks.

Other data that is expected to be released in China, all on Monday, include new home prices in June, industrial production and retail sales.

At the G7 finance ministers’ meeting, Facebook’s proposed cryptocurrency — Libra — is expected to be a hot topic. The social media giant’s plan to build a digital currency has raised concerns among global regulators, given Facebook’s huge cross-border reach.

US Federal Reserve chairman Jerome Powell said last Thursday that Libra was a worrying development and that there did not appear to be one agency with oversight. Libra should be subject to the highest level of prudential regulation, he added.

France is said to be using its presidency of the G7 to launch a task force to look at how central banks can ensure cryptocurrencies like Libra are regulated, from money-laundering to consumer-protection rules. According to news reports, European Central Bank policymaker Benoit Coeuré is expected to deliver a preliminary report on the matter at the G7 finance ministers’ meeting this week.

In the US, the corporate earnings reporting season is expected to pick up pace this week with the focus on major banks and financial institutions. Among the economic data that can be expected this week are June advanced retail sales and industrial production (both on July 16).

On July 17, the Fed will release its latest Beige Book on economic conditions across the 12 Fed districts, which will offer some insights into how the world’s largest economy is doing.

Indonesia and South Korea will make monetary policy decisions on Thursday. A Bloomberg poll shows that Indonesia’s central bank is likely to cut its policy rate by 25 basis points to 5.75%. Meanwhile, six of the 12 economists polled expect the Bank of Korea to cut its benchmark interest rate by 25bps while the other six see the rate staying unchanged at 1.75%.

“We expect BoK to keep its rates unchanged in July while we just revised our Bank Indonesia call, and now expect BI to cut rates by 25bps in July followed by another 25bps in August,” UOB Global Economics & Markets Research says in a July 12 report.