Weaker job market, rise in NPLs not a worry yet 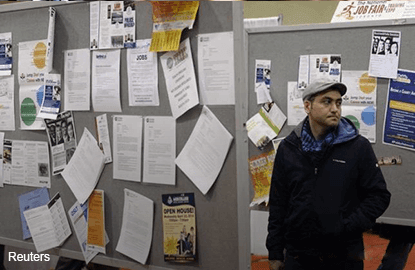 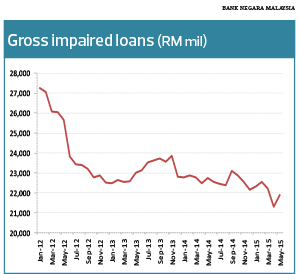 JOB losses and a hiring freeze in the private sector and some sections of the civil service have grabbed the headlines but loan delinquencies are not expected to go up despite the high indebtedness of Malaysian households.

“It is true that the current labour market shows that people are less confident this year than last year. This means employees could find it harder to find better job opportunities. But I don’t think we are at a stage where people are afraid they will lose their job,” says CIMB Group Holdings economist Jarratt Ma.

The current household debt-to-GDP ratio is 87.9%.

In May, non-performing loans in the household sector edged up 2% from April while in the other sectors, they were up 2.8%.

Ma says the slight uptick in NPLs is not a concern now because the debt servicing ratio (DSR) is still around 40%. DSR refers to a borrower’s percentage of income used to service debt.

An economist with a bank-backed research house says the NPL ratio may increase in the future, given the weaker economic environment and slower loan growth. But she maintains that it should be manageable as the unemployment rate is still around 3% while gross household income continues to grow.

“Generally, the pressure on household debt and the average consumer comes if interest rates rise or if there is a fall in income or widespread retrenchments that make it more difficult for households to service loans,” she adds.

RHB Research economist Peck Boon Soon says household debt levels, which are largely made up of housing loans (up to about 45%), seem to have stabilised as loan approvals for residential properties slowed significantly on the back of the tightening measures enforced by the central bank.

According to Bank Negara statistics, loan approvals for residential purchases in the first five months of 2015 were much lower in nominal value, ranging from RM6.5 billion to RM8.9 billion a month. By comparison, the nominal value of loans approved last year hovered around RM7.2 billion to RM11.17 billion.

The economist with the bank-backed research house opines that there is a general misconception about household debt in Malaysia. She says the ratio of household assets to debt is high at 2.2 times, which means that there are underlying assets to the debts incurred.

The rise in debts is tied to the rising income and affluence of Malaysians and spurred on by easier access to financing, she adds. CIMB’s Ma concurs, adding that it reflects the financial development of the country.

While this is a sign of rising affluence and development of the nation, the economist says it is unfortunate that most Malaysians are mired in some form of debt from as young as 25 years old, given the current prices of homes and cars.

However, there are some who see the slight gain in NPLs in May as worrying and requiring careful monitoring.

An economist with a local bank notes that there were much more impaired loans in the personal use segment — up 10.6% month on month in May — while those in the working capital and construction segments rose 3% and 4.5% respectively.

The economist opines that the increase in prices since the implementation of the Goods and Services Tax (GST) in April has negatively affected consumption patterns and overall savings.

“In part, domestic savings have declined in recent months as consumers reached into their coffers to settle daily expenses to cope with the higher standard of living. Deposit growth in the banking system moderated to 7.7% year on year in May from 8.4% y-o-y in April. It slowed on the back of a decline in both term and savings deposits,” she says.

If the gain in NPLs persists in the next few months, it could be an indication that households are unable to service their loans due to the higher cost of living.

CIMB’s Ma says with income growth still positive and inflation stable, it isn’t a concern for now. “We know the impact of GST is going to be temporary. By the first quarter of 2016, it is going to phase out.”

In any case, Ma views private consumption numbers as a better gauge of the overall health of the household sector compared with NPLs. RHB’s Peck adds that monitoring the civil service will also serve as a good indicator. “If the government cannot afford to keep its workforce and retrenches them, then that will be worrying,” he says.

This year, Malaysian Airline System Bhd trimmed its headcount by 6,000 as part of its restructuring while Standard Chartered Bank announced that the closure of its equity business in Asia will cause 11% of its Malaysian staff to be laid off.  CIMB’s mutual separation scheme was taken up by 1,891 of its employees.

In May, the Public Service Commission confirmed a hiring freeze effective April.