We stand by what we said, says AirAsia group 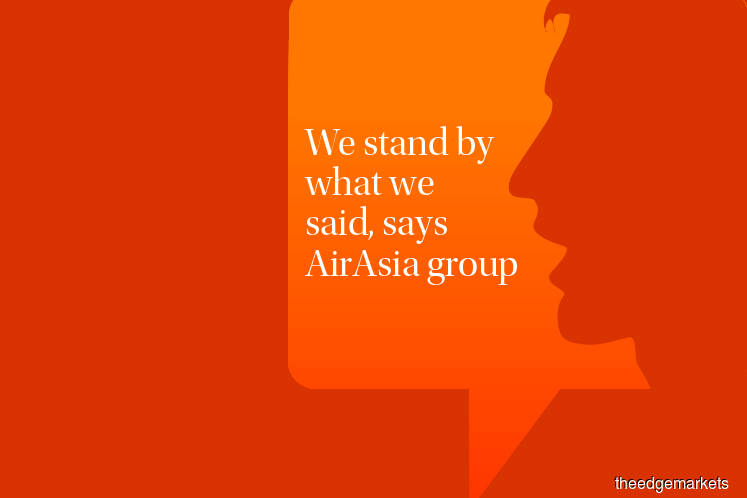 KUALA LUMPUR: AirAsia has said it is “perplexed” over Malaysia Airports Holdings Bhd’s (MAHB) letter of demand to retract press statements issued by the group.

AirAsia Malaysia chief executive officer (CEO) Riad Asmat and AirAsia X CEO Benyamin Ismail said the group is not surprised to receive a response from MAHB, but is puzzled that MAHB “continues to use its dominant position and the threat of legal action” in order to stifle what the airline deems as fair comments.

Riad and Benyamin said AirAsia was only responding to MAHB’s suits pertaining to the passenger service charge, and that the airline has offered to mediate as per the Malaysian Aviation Commission Act to resolve its issues with the airport

“We maintain that a court battle will have negative effects on Malaysia’s economy and aviation industry,” said the duo in the joint statement yesterday.

They said AirAsia stands by whatever it has said while maintaining that the legal action by MAHB is unwarranted.