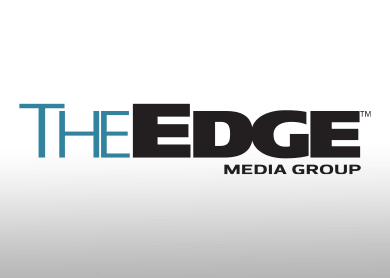 KUALA LUMPUR (July 21): The Edge had reported extensively on 1 Malaysia Development Bhd (1MDB) in 2013 and 2014 as it emerged that the government-owned entity had run into financial difficulties. Information was, however, scarce and limited because its annual audited financial reports were consistently late.

Our journalists have met various contacts and pored through whatever available information they could get hold of in search of the truth.

Early this year, we were told someone was willing to share information that will shed light on 1MDB’s joint-venture with PetroSaudi International. We were not told who he was before we met him.

This person, whom we shall not name, showed us thousands and thousands of emails and document attachments. We read scores of them and were convinced of their authenticity because of the sheer volume and the email trails. We subsequently had an IT forensic expert confirmed that there was no reason to worry that they were fakes.

What we read shocked us. What was supposed to be a joint-venture that will bring economic benefits to the country was nothing more than a scheme to scam billions of ringgit from Malaysia by a small group of Malaysians and their foreign partners.

At that point, we could do one of two things:

1) Drop the matter like a hot potato and walk away, or
2) Get hold of everything so that the truth can be uncovered.

We decided we had to pursue the truth.

As Tun Dr Mahathir Mohamad, Tun Musa Hitam and Tengku Razaleigh Hamzah said recently, those who have information that can lead to the truth must speak out and not look the other way.  Not reporting a wrong doing is a crime.

As a media group, we believe we have a public duty to do, no matter how difficult and dangerous it may be for us.

Meeting contacts to gather information is what media professionals do all the time in pursuit of a story. There is nothing wrong or sinister.

We were not involved in any theft, we did not pay anyone, and we did not tamper any of the emails and documents we were given.  In fact, we have secured the data so that no one can tamper with them. This can be independently verified by the authorities.

Some of the information have been used in articles we have published in the last few months. Some were just too sensitive to be used. None of the articles have been challenged by anyone named in these stories.

Indeed, we believe our articles have been of help to the various government agencies looking at 1MDB.

There is no political agenda or conspiracy in what we have done. In fact, we have engaged with various politicians and government officials who have sought our help to get a better understanding of what had happened and the situation 1MDB is in today.

The easiest thing we could have done after coming across what we found, was to walk away. Why look for trouble? But we could not do that.

We chose to take the difficult path, one that we knew will be fraught with risks to ourselves personally and to our organisation, which now faces the possibility of action by the Home Ministry.

On Monday, we handed documents, printed emails and a hard disc to Bank Negara. Today, the same set was given to the Commercial Crime Investigation Department of the Police.  I also gave a statement to CCID.

We are comforted that the various investigators, the Auditor-General, the Public Accounts Committee, Bank Negara, the Police, the MACC and the Attorney-General have given their commitment to uncover the truth without fear or favour.

It is, indeed, their responsibility and their duty to the people of Malaysia to do just that. Just as it was our duty to pursue the story.