The way we get electricity is about to change forever 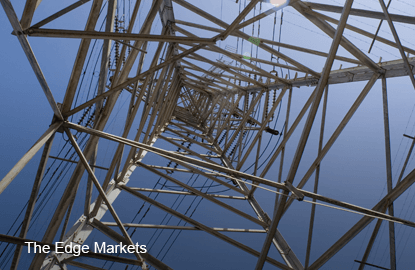 THE renewable-energy boom is here. Trillions of dollars will be invested over the next 25 years, driving some of the most profound changes yet in how humans get their electricity. That’s according to a new forecast by Bloomberg New Energy Finance (BNEF) that plots out global power markets to 2040.

Here are six massive shifts coming soon to power markets near you:

The price of solar power will continue to fall, until it becomes the cheapest form of power in a rapidly expanding number of national markets. By 2026, utility-scale solar will be competitive for the majority of the world, according to BNEF. The lifetime cost of a  photovoltaic solar-power plant will drop by almost half over the next 25 years, even as the prices of fossil fuels creep higher.

Solar power will eventually get so cheap that it will outcompete new fossil-fuel plants and even start to supplant some existing coal and gas plants, potentially stranding billions in fossil-fuel infrastructure. The industrial age was built on coal. The next 25 years will be the end of its dominance.

With solar power so cheap, investments will surge. Expect US$3.7 trillion (RM14 trillion) in solar investments between now and 2040, according to BNEF. Solar alone will account for more than a third of new power capacity worldwide.

3. The revolution will be decentralised

The biggest solar revolution will take place on rooftops. High electricity prices and cheap residential battery storage will make small-scale rooftop solar ever more attractive, driving a 17-fold increase in installations. By 2040, rooftop solar will be cheaper than electricity from the grid in every major economy, and almost 13% of electricity worldwide will be generated from small-scale solar systems.

The world is inundated with mobile phones, flat screen TVs and air conditioners. But growth in demand for electricity is slowing. The reason: efficiency. To cram huge amounts of processing power into pocket-sized gadgets, engineers have had to focus on how to keep those gadgets from overheating. That’s meant huge advances in energy efficiency. Switching to an light-emitting diode (LED) light bulb, for example, can reduce electricity consumption by more than 80%.

So even as people rise from poverty to middle class faster than ever, BNEF predicts that global electricity consumption will remain relatively flat. In the next 25 years, global demand will grow about 1.8% a year, compared with 3% a year from 1990 to 2012. In wealthy the Organisation for Economic Cooperation and Developmen (OECD) countries, power demand will actually decline.

Natural gas won’t become the oft-idealised “bridge fuel” that transitions the world from coal to renewable energy, according to BNEF. The US fracking boom will help bring global prices down some, but few countries outside the US will replace coal plants with natural gas. Instead, developing countries will often opt for some combination of coal, gas, and renewables.   Even in the fracking-rich US, wind power will be cheaper than building new gas plants by 2023, and utility-scale solar will be cheaper than gas by 2036.

Fossil fuels aren’t going to suddenly disappear. They’ll retain a 44% share of total electricity generation in 2040 (down from two thirds today), much of which will come from legacy plants that are cheaper to run than shut down. Developing countries will be responsible for 99% of new coal plants and 86% of new gas-fired plants between now and 2040, according to BNEF. Coal is clearly on its way out, but in developing countries that need to add capacity quickly, coal-power additions will be roughly equivalent to utility-scale solar.

6. Point of no return

The shift to renewables is happening shockingly fast, but not fast enough to prevent perilous levels of global warming. About US$8 trillion, or two thirds of the world’s spending on new power capacity three over the next 25 years, will go toward renewables. Still, without additional policy action by governments, global carbon dioxide emissions from the power sector will continue to rise until 2029 and will remain 13% higher than today’s pollution levels in 2040. That’s not enough to prevent the surface of the Earth from heating more than 2°C, according to BNEF. That’s considered the point of no return for some worst consequences of climate change. — Bloomberg