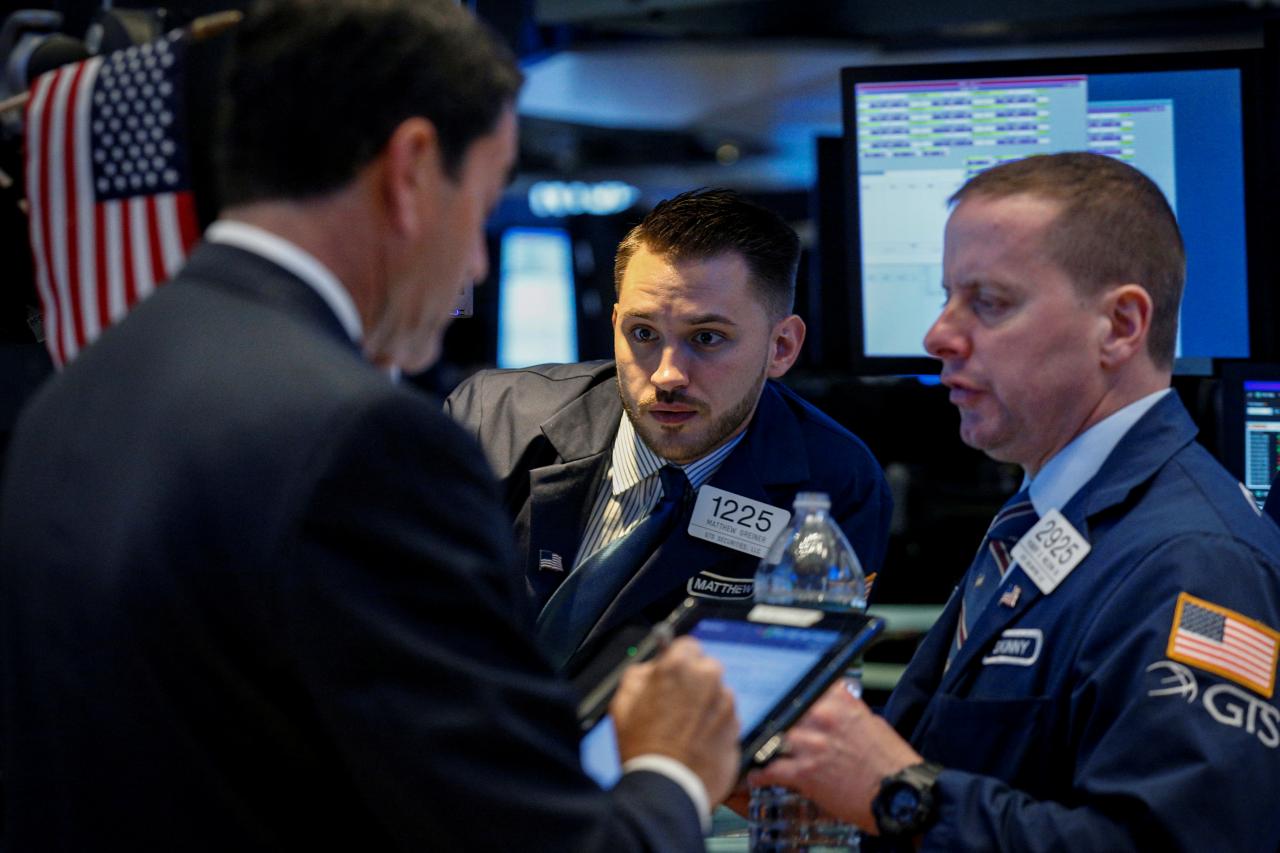 NEW YORK (May 8): U.S. stocks slid on Tuesday as escalating trade tensions between the United States and China triggered global growth fears and drove investors away from riskier assets.

The Dow Jones Industrial Average posted its second-biggest daily percentage drop of the year, while the S&P 500 and Nasdaq registered their third-biggest percentage drops, even as the major indexes pared losses to end off their session lows.

U.S. Trade Representative Robert Lighthizer and Treasury Secretary Steven Mnuchin said late on Monday that China had backtracked from commitments made during trade negotiations. Those comments followed President Donald Trump's unexpected statement on Sunday that he would raise tariffs on $200 billion worth of Chinese goods to 25 percent from 10 percent.

Beijing said on Tuesday that Chinese Vice Premier Liu He will visit the United States on Thursday and Friday for trade talks. Additional tariffs are set to take effect on Friday if a trade agreement is not reached by then.

Monday's comments from Lighthizer and Mnuchin raised concerns among some investors that trade talks between China and the United States could take much longer to resolve than previously thought.

"Week after week, we've heard there has been progress and that a deal would be reached," said Kate Warne, investment strategist at Edward Jones in St. Louis. "Now the goalposts have moved. There's been quite a shift in expectations."

"The threat of tariffs has not been trotted out since the end of December," said Kim Forrest, chief investment officer at Bokeh Capital Partners in Pittsburgh. "It could disrupt the symbiosis between (China and the United States)."

Trade-sensitive industrial and technology stocks marked the biggest percentage declines among the S&P 500's major sectors. All 11 sectors were in the red, with only utilities and energy falling less than 1%.

Shares of Boeing Co, the largest U.S. exporter to China, slipped 3.9%, and shares of Caterpillar Inc, another industrial stalwart sensitive to China, declined 2.3%. Among technology stocks, Microsoft Inc shares slid 2.1%, while Apple Inc shares dropped 2.7%. Apple and Microsoft were the top two drags on the S&P 500.

The CBOE Volatility Index, a gauge of investor anxiety, spiked to its highest level in more than three months.

In a bright spot, American International Group Inc shares jumped 6.8% after the insurer reported a quarterly profit that blew past expectations.

With earnings season now in its homestretch, first-quarter profits are now expected to rise 1.2%, a sharp improvement from the 2.3% decline expected at the start of the earnings season.

Of the 414 S&P companies that have reported earnings so far, about 75% have surpassed analysts' estimates, according to Refinitiv data.

Conversely, Mylan NV shares tumbled 23.8%, the most among S&P 500 companies, after the drugmaker reported lower-than-expected quarterly revenue and failed to provide greater clarity on a potential revamp of the company's strategy.

Declining issues outnumbered advancing ones on the NYSE by a 4.13-to-1 ratio; on Nasdaq, a 3.32-to-1 ratio favored decliners.

Volume on U.S. exchanges was 7.8 billion shares, compared to the 6.71 billion average for the full session over the last 20 trading days.