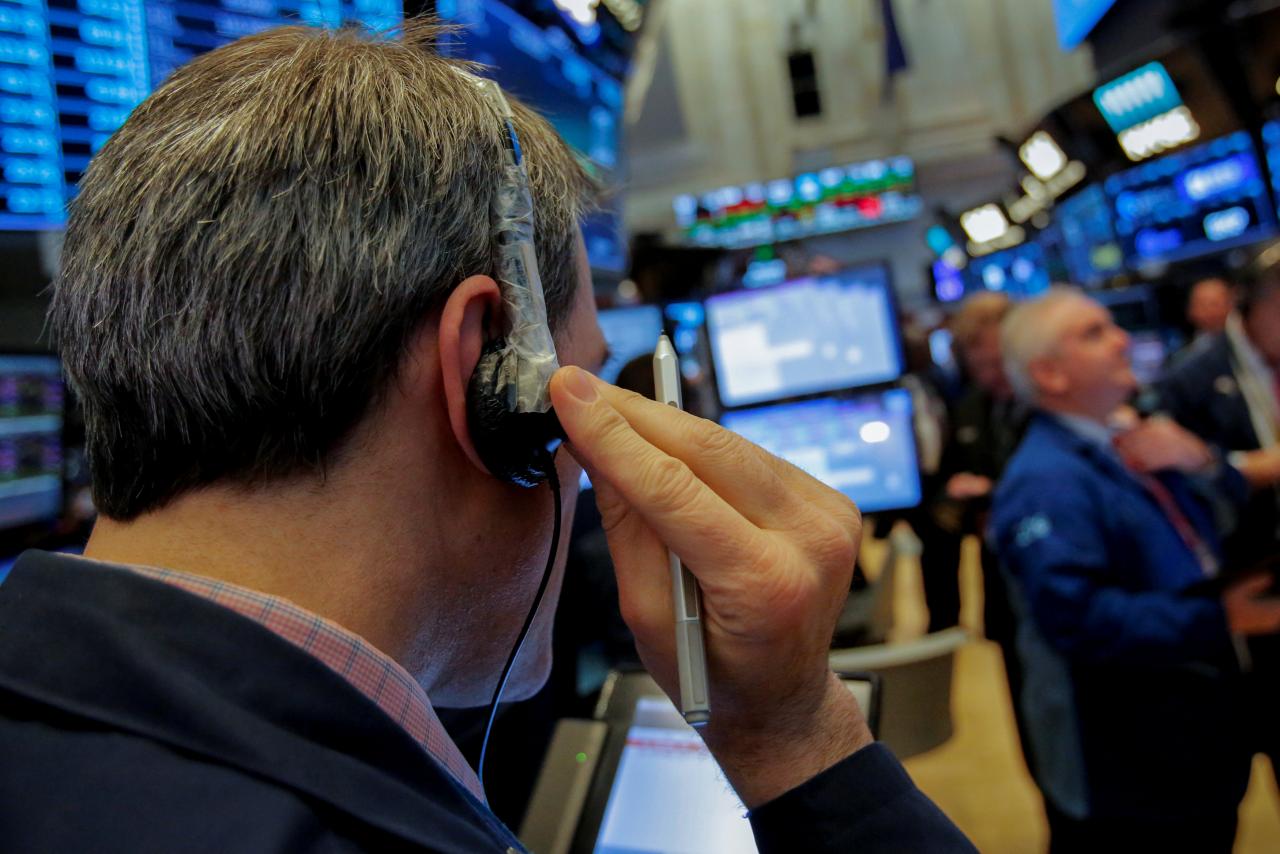 NEW YORK (Dec 6): Wall Street eked out slight gains on Thursday as investors waited for concrete news on a hoped-for interim trade deal between the United States and China before a new round of tariffs scheduled to kick in on Dec. 15.

Markets have been whipsawed in recent days by conflicting reports on whether the world's two largest economies would be able to arrive at a "phase one" agreement prior to Dec. 15, when a new round of tariffs on Chinese imports is expected to take effect.

"Investors are trying to calibrate things," said Matthew Keator, managing partner in the Keator Group, a wealth management firm in Lenox, Massachusetts. "The markets are going to toggle up and down until we see what happens on Dec. 15th to get some sort of clarity in terms of how to move forward in the near term."

Market participants appeared to shrug off the drama unfolding in Washington as the U.S. House of Representatives prepared to draft articles of impeachment against President Donald Trump.

"The market has become desensitized a bit to the partisanship that's been going on," said Keator, while adding that "uncertainty is not something the market enjoys."

Materials stocks were the biggest winners, while energy suffered the largest percentage drop.

Online craft retailer Etsy dipped 2.5% on a downgrade to "underweight" by Morgan Stanley.

Sage Therapeutics Inc tumbled 59.7% after its depression drug failed in a late-stage study.

Economic data showed a shrinking trade deficit, a drop in jobless claims and a rebound in factory orders, suggesting a still-robust, if slowing, U.S. economy.

Investors now look to Friday's employment report from the U.S. Labor Department, which is expected to show nonfarm payrolls increased by 180,000 in November.

Advancing issues outnumbered declining ones on the NYSE by a 1.15-to-1 ratio; on Nasdaq, a 1.00-to-1 ratio favored decliners.

Volume on U.S. exchanges was 6.42 billion shares, compared with the 6.71 billion average over the last 20 trading days.