Vincent Tan sells off entire 10.5% stake in The Store 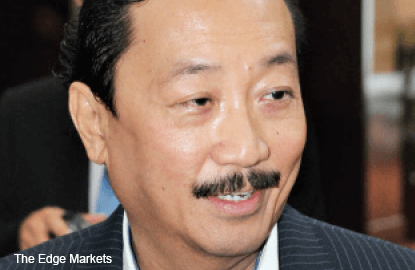 KUALA LUMPUR (NOV 8): Tan Sri Vincent Tan Chee Yioun had last Tuesday disposed of his entire 10.5% stake in The Store Corp Bhd, one of the largest and oldest existing supermarket and departmental chain in the country.

According to a filing to Bursa Malaysia today, Tan and his flagship company Berjaya Corp Bhd had ceased to be a substantial shareholder of The Store on Nov 1.

The tycoon sold some 7.24 million shares or 10.5% stake in the retail company, including the 3.91 million shares or 5.7% stake that was divested by Berjaya Corp. Both transactions were done via direct deals, but the price transacted was not revealed.

A day later, the department store operator saw another 3.33 million shares or 4.87% equity stake worth RM10.67 million traded off market — also at RM3.20 per share.