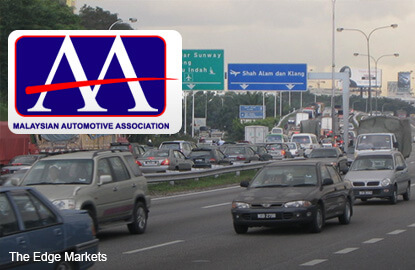 PETALING JAYA (Jan 19): It was a close call for the Malaysian automotive industry, as it managed to breach the Malaysian Automotive Association's (MAA) 2016 vehicle sales target of 580,000 units by a paltry 124 units.

"This is the first time the TIV fell below the 600,000 mark, after six consecutive years of sales growth. However, the latest record was in line with our revised forecast of 580,000 units," Aishah said.

MAA initially forecast 2016 sales to reach the 650,000 mark. However, in light of the economic slowdown, it revised its target downwards in July 2016.

"Going into 2017, many analysts foresee this year to be equally challenging, due to the continuous weakening of the ringgit, as well as uncertainties arising from the post-Brexit era and U.S. President-elect Donald Trump's policies," Aishah said.

"Nevertheless, we expect a mild recovery in new vehicle sales this year, should the economic activities in Malaysia gradually pick up," she added.

MAA has set a sales forecast of 590,000 new vehicle units this year.