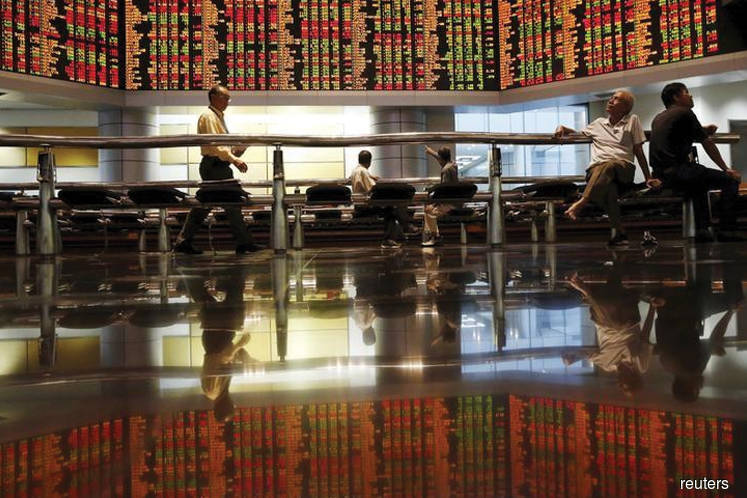 KUALA LUMPUR: A total of 184 stocks have fallen to one-year lows since the 14th general election (GE14), and analysts say some of these counters could be poised for a technical rebound this week.

The analysts noted that these stocks are trading at attractive valuations following the selldown during the 10 days of trading after Pakatan Harapan’s shock win in the May 9 polls.

The top loser in the post-election selldown is My EG Services Bhd (MyEG), whose share price fell by 70.3% to hit a two-year low of 76.5 sen last Friday. Within a span of two weeks, it lost RM3.73 billion of its market value to close at RM2.73 billion last Friday.

The selldown has been attributed to fears that the new government may stop using MyEG as the service provider for e-government services, and the possible negative impact on the company’s goods and services tax monitoring project now that the tax will be zero-rated from June 1.

UOB Kay Hian head of research for Malaysia Vincent Khoo, however, has a positive view on MyEG, with a “buy” call and a target price of RM1.06, indicating a potential upside of 38.6%.

He said in a note last Friday that MyEG’s share price was hit by a malicious rumour that the Malaysian Anti-Corruption Commission had raided its head office and that all its directors had been arrested.

Stressing that the rumour was untrue, Khoo noted that MyEG has just secured a new project for the electronic bidding system for special series vehicle number, which is currently implemented by the Road Transport Department. This, he said, is an indication that the company has not lost traction with the new government.

MyEG, which has a five-year average price-earnings ratio (PER) of 36.7 times, is currently trading at a 12-month trailing PER of 12.3 times.

Another counter that has fallen sharply since GE14 is Telekom Malaysia Bhd (TM), dropping 19.8% to close at RM4.01 last Friday from RM5 on May 14 and is viewed to be in an oversold position.

According to Rakuten Trade Research, the decline in TM’s share price was mainly due to the recently released first-quarter financial results. It believes the selling was overdone based on technical readings, and the stock is likely due for a technical rebound.

“TM’s share price has been sold down to close at RM3.97 on May 24, pushing the stock to an oversold position and 52-week low,” it said.

TM is currently trading at a trailing PER of 17.6 times, which is about 37.4% cheaper than its five-year average PER of 28.1 times.

MISC Bhd also appears to be due for a technical rebound after falling to a one-year low of RM5.96 last Friday. Rakuten Trade said while MISC’s recently released first-quarter results were below expectations, the fundamentals of the group remain strong and that the selling was overdone.

MISC, a 62.67%-owned subsidiary of Petroliam Nasional Bhd, saw its first-quarter net profit fall 54.1% to RM310.6 million from RM676.2 million a year ago, on lower contributions from across all business segments.

MISC is currently trading at a trailing PER of 16.5 times, which is still slightly higher than its five-year average PER of 14.6 times.

It is currently trading at a trailing PER of 6.8 times, which is almost half of its five-year average of 12.1 times.

CIMB the biggest loser in terms of market cap

Another victim of the selldown is CIMB Group Holdings Bhd, the third largest bank by market capitalisation, and whose chairman is Datuk Seri Nazir Razak, the younger brother of former prime minister Datuk Seri Najib Razak.

A total of RM7.3 billion in market capitalisation was erased in the 10 trading days since the market reopened on May 14 after the election break.

The market value that CIMB lost during the two-week period is equivalent to the indicated enterprise value of Liverpool Football Club of €1.58 billion (RM7.3 billion). (Incidentally, Liverpool is the arch-rival of Manchester United Football Club, which counts Najib as among its staunch supporters.)

CIMB’s closing price of RM6.12 last Friday was slightly higher than its one-year low of RM5.82. It is trading at a trailing PER of 12.3 times, which is lower than its five-year average PER of 13 times.

Citing the Relative Strength Index, Rakuten Trade said CIMB has been oversold. The stock has an immediate resistance at RM6.86 and support level is seen at RM6.00.

“Negative sentiment on the stock is possibly due to perceived link to the previous administration. However, fundamentals of the bank remain solid and intact. Based on technical readings, the stock may stage a technical rebound,” the research house said in a note.

Two other politically linked stocks that have come under selling pressure — Destini Bhd and KUB Malaysia Bhd — are also trading at an attractive valuation with a single-digit PER.