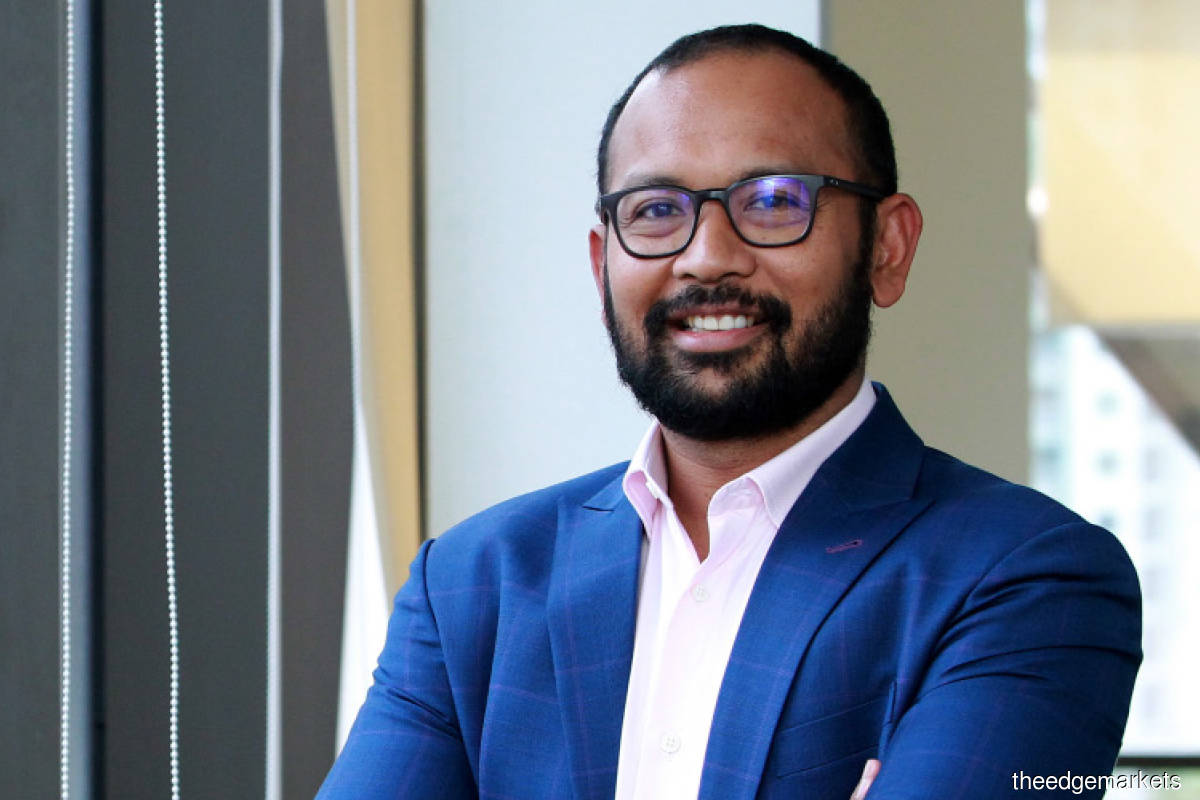 Kamarul: O&G is one of the last frontiers for digitalisation. Many other aspects of operations have changed, and that is where further improvements will have to come from. (Photo by Shahrin Yahya/The Edge)

UZMA Bhd is accelerating its diversification beyond its traditional upstream oil and gas (O&G) business of 20 years.

The group recently secured the bid for a solar project under the Large Scale Solar (LSS4) awards and has taken the first steps to becoming a third-party gas distributor in the country.

The move will plant the seeds for Uzma to eventually become an integrated energy company, while some of its peers are still looking for the right footing in the current operating climate.

“This was not done out of the blue,” says Uzma managing director and group CEO Datuk Kamarul Redzuan Mohamed in a recent interview with The Edge.

“Our five-year transformation (Uzma5YP) into a diversified company, that is Uzma 3.0, was first executed two years ago,” Kamarul says.

Suria Infiniti has 20mw of solar installations under its belt, with notable projects including a 5.9mw single-rooftop photovoltaic (PV) system as well as floating PV systems.

“These acquisitions will allow Uzma to position itself as a contractor, service provider and concession owner. This is in line with our strategy to increase the portion of recurring income within our portfolio to 60% by 2025,” says Kamarul.

On March 12, Uzma secured a 50mw quota under the RM3.5 billion, 1,000mw LSS4 awards. It is also a potential beneficiary for EPCC jobs in this space and  has submitted bids totalling 30mw under the 500mw net energy metering (NEM 3.0), which includes allocation of up to 5mw per account.

Still, the market is highly competitive — Uzma’s filing showed that both Suria Infiniti and MSI dipped into the red in the financial year ended Dec 31, 2019. LSS margins could be depressed in the high single-digits for EPCC jobs, while those of concession owners could be in the low teens at the most.

Keeping an eye on new frontier

Last month, Uzma announced that it was one of 16 companies licensed by the Energy Commission to import liquefied natural gas (LNG) into Malaysia. It also secured a shipping licence to distribute the gas to consumers.

Kamarul says Uzma is exploring LNG shipment options with suppliers, as well as with ISO tank suppliers, for delivery to consumers.

By 2022, the local gas market will see an end to most long-term contracts that locked 80% of demand from industrial players. It is also a growing segment, being the transitional energy of choice as people move from dirtier fossil fuel towards green energy.

There are barriers to entry, with a shipment of about 150,000 cu ft costing around US$60 million (RM246.9 million), based on February prices. But it could face stiff competition from existing players such as Petronas, Gas Malaysia Bhd and Petrolife Aero Sdn Bhd.

In addition, Uzma is looking into opportunities in digitalisation. It has developed a system for satellite imaging services that will be useful for offshore O&G projects, as well as weather observation that could be handy for projects such as solar farms.

“I would say O&G is one of the last frontiers for digitalisation,” Kamarul says. “Many other aspects of operations have changed, and that is where further improvements will have to come from.”

Past ventures fruitful in tough market

Uzma’s greater push for diversification came on the heels of a bittersweet FY2020 (financial year ended June 30, 2020) — it posted a record revenue of RM558.06 million that is paired with its first annual loss in 10 years of RM23.6 million (see charts), owing to impairments on the back of the pandemic-induced oil market shock during the year.

According to analyst reports, Uzma aspires to achieve revenue of up to RM1.5 billion by FY2025, or nearly triple FY2020 levels.

Based on the 60:40 target for O&G and non-O&G revenue, the group would need to chalk up RM600 million in non-O&G revenue, from just RM6 million at the end of last year from geothermal services.

In a recent report, UOBKayHian analyst Kong Ho Meng expects Uzma to show substantial non-O&G income in FY2023 at the earliest, “depending on the quality of projects or M&A companies they acquire”.

But it is worth noting that Uzma has a knack for acquiring small companies with high growth potential. Past acquisitions have been successful, with net profit enjoying a compound annual growth rate of between 10% and 25% since — although all were in the upstream O&G space.

It has not been an easy ride, although the focus on brownfield projects helped shield the company from the worst of the industry downturn.

As at end-2020, Uzma had a firm order book of RM1.4 billion. Most work orders that were delayed by the Covid-19 pandemic should return onstream by 4QFY2021. Petronas has also guided for better prospects for HWUs and well abandonment activities in 2021 from the previous year.

Analysts covering Uzma have a “buy” call on the company, with a target price of 83 sen to 95 sen, or an average of 87 sen.