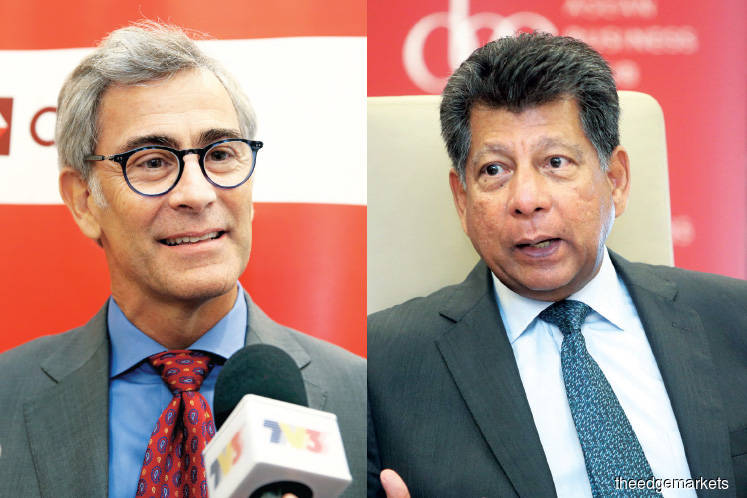 KUALA LUMPUR: Any trade diversion to Asean — including Malaysia — due to trade tensions between the US and China, is unlikely to outweigh the trade losses that will arise from higher tariffs that are expected to curb global growth should the situation escalate into a full-blown trade war, according to CIMB Group Holdings Bhd chief economist Dr Donald Hanna.

In fact, with the scale of retaliation seen so far, Hanna believes “the worst may yet to come”.

“If we get into a situation in which the tariffs continue to escalate and you get a confidence shock that affects financial markets, that then generates not just a reduction in global trade — which would affect Malaysia because it is an open economy — but also generates higher interest rates that would feed into Malaysian interest rates and exacerbate the problem,” Hanna told reporters after the Asean Roundtable Series on “Trade War and Its Impact on Asean” organised by CIMB Asean Research Institute (Cari).

Hanna explained that as the tariffs being put in place by the US and China are only on goods produced in both countries, manufacturers may circumvent that by going to other locations — for instance, Malaysia.

“Therefore, both US firms and Chinese firms — in the face of the tariffs — are more likely to reallocate their investments to alternative locations like Malaysia. That is the upside.

“However, the downside is that global trade still diminishes. And in that environment, unless investment comes very quickly — which is hard to do unless you already have something established — you have that effect on trade generally declining in this environment because of uncertainties. That is a net negative,” he said.

The reduction in global trade as a result of that will erode Malaysia’s gross domestic product (GDP) growth rate by 1.3% relative to what the growth rate would otherwise be over the next two years. This brings Hanna’s projection of GDP growth for Malaysia in 2018 to be between 5.1% and 5.2%.

But the banking group had already expected a slower GDP growth in Malaysia even before taking into account the effects of diminishing global trade, Hanna noted, as growth was already showing signs of moderating before the trade conflict erupted.

“Most of the deceleration [so far] is not because of the conflict between the US and China per se. It is the natural deceleration after what was a very rapid expansion in the second portion of 2017 of global trade,” he said.

“Right now, it is very difficult to see where the solution lies. We do not know how the Trump administration or the Chinese administration can declare a victory and stop [the trade war]. Hopefully, there will be some developments where he (US President Donald Trump) would be able to declare a victory and move on to policies that are less detrimental to global trade and the rest of the world,” Hanna added.

During his welcoming remarks earlier, Munir called on Asean member states to collectively carry out the region’s economic integration, and to position the East Asian region as the bedrock of future expansion and prosperity.

“The US-led trade war on China may cause regional industrial restructuring, but investment flows must not be blocked and free trade must stand. This is a regional challenge, and a challenge for Asean, to be part of an economic regional bloc to generate growth and to compensate for a more protected US$19 trillion American market,” he said.