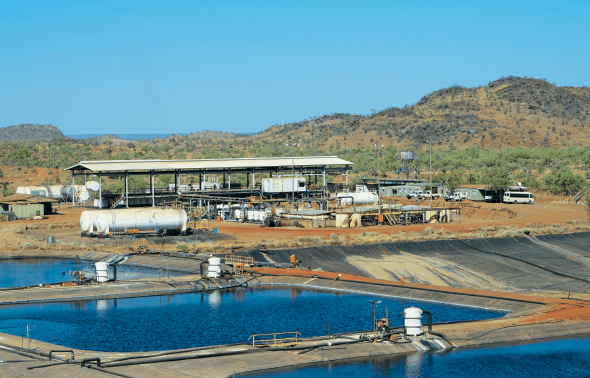 ONCE UPON A TIME, the town of Sungai Lembing in Pahang was home to the world’s largest underground tin mine, and many mining operators made their fortune there. By the 1990s, however, tin prices were depressed and it looked like the sun was beginning to set on the Malaysian tin mining industry.

The fate of the mine hung in the balance and the government had all but decided to close it when geologist Datuk Sia Hok Kiang stepped forward to take over the mine. He hung on to it for 15 years, believing that its fortunes would improve and tin prices would pick up again one day.

This didn’t happen, but Sia’s persistence in keeping the mine running and providing jobs for the people of Sungai Lembing won the admiration of then primary industries minister, the late Tun Dr Lim Keng Yaik, who paid tribute to him at a local function and called him the miner who “never says die”.

Speaking about Sia’s dogged determination to hold on to the mine despite the low tin prices, Lim remarked with his characteristic wry humour that “Sia must have known something the rest of us did not”.

The geologist turned miner believed tin prices would recover one day, and although that didn’t happen while he ran the mine, he learnt enough about the industry to help in his future endeavours.

Today, the 58-year-old owner and managing director of Malaco Mining Sdn Bhd has a profitable copper mine in Australia and is mulling a listing on Bursa Malaysia. While the Sungai Lembing mine never turned a profit for him, it has become a popular tourist site.

Last year, Sia bought a copper mine called Leichhardt in Queensland, Australia. Spanning 220,000 acres, the mine has produced 1,000 tonnes of the metal, worth RM24 million, in less than a year.

To understand Sia’s passion for mining and persistence in the face of adversity, one only needs to look at the scar on his right palm, which tells a story of poverty, affliction and suffering. His upbringing had planted the seeds of determination to break out of the cycle of poverty.

It was a rainy day in January 1971, when Sia, then 13, was helping his parents tap rubber in a small estate in Batu Pahat, Johor. Though it was already a familiar task for him, the rain had made the ground slippery, and he slipped and fell while clutching his tapping knife, which gashed his palm.

His father, Sia Pek Kee, was poor. It took him the equivalent of four days’ wages to pay for his son’s medical treatment. Sia never forgot this, nor how they struggled to eke out an existence and pay for just the bare necessities.

That is why whenever he encounters problems in business, he looks at the scar on his palm and remembers that nothing could be worse or more overwhelming than what he had to go through as a young rubber tapper trying to help his family supplement their meagre income.

“That incident taught me that things won’t come easy in life, and whenever I face difficulties, [the scar] reminds me to be grateful for what I have today,” he says.

After completing his pre-university education, Sia went to Singapore to give tuition to save up for university. In 1977, he applied to do geology at University Malaya.

There was a reason he chose geology. In 1951, his father had invested in a gold mine in Mersing, Johor, along with some relatives. The venture failed, and Sia wanted to understand why.

“At the time, infrastructure was very limited. There was also insufficient capital invested,” he says.

Sia graduated in 1981. He turned down two good offers from the oil and gas industry to work with Osbourne and Chappell International, a mining company founded by a British engineer in Malaya in the late 19th century. The salary he would draw was the lowest of the three job offers, but he had a plan. He wanted to learn the ins and outs of mining.

Sia carried out his own research on the Mersing mine and realised that despite the failure of his father’s investment, the site had not been poorly chosen. There were substantial gold deposits and all it needed was the proper equipment and infrastructure to mine them. “Even until today, there are illegal gold miners in the area,” he says.

He made quite an impression at Osbourne and Chappell. In his first two years there, he was already being sent overseas to participate in projects, through which he gained in-depth experience and international exposure. It came at a price, though. He was newly married at the time and had to leave his wife of three days for a project in Miami, Florida.

He learnt a lot from the man he reported to, who would tell him to not just find out why a project works, but also to find its vulnerable points and see when it would not work. His superior advised him to never be complacent as a project manager. “We should always watch out for anything that could negatively impact a project,” Sia recalls him saying.

In those years, he travelled between the US and Malaysia a lot, working hard for the company, but he never forgot that his ultimate goal was to one day be his own boss.

An opportunity came about after working for the company for seven years. A distant relative told him about a tin mine in Ipoh, Perak, that was about to be shut down. After a careful assessment, Sia decided that the mine was still a good bet and forked out RM60,000 to take it over.

Later, he took over an alluvial gold mine in Northern British Columbia, Canada. After running both mines for a year, he found out about the famous Sungai Lembing mine, which was about to be liquidated.

Sia was instantly hooked. He sold his two profitable mines to plunge heart and soul into the sinking one. It didn’t make sense to anyone around him, but this act of courage or bravado (depending on how you look at it) caught the attention of the then minister of primary industries, according to news reports.

Lim was both intrigued and fascinated because he had pronounced tin mining a sunset industry in Malaysia. And here was a businessman selling what he had to revive a mine that was not making any money.

He was also intrigued by Sia’s determination to keep the Sungai Lembing mine open, and at a function in 1996, openly paid tribute to him by saying had it not been for Sia’s perseverance, the mine would have been closed a long time ago.

Why did Sia keep the mine open for so long when it was clearly loss-making? In a nutshell, he had put all his eggs into this basket.

“I could not give up the mine. If I gave up, the mining lease would be forfeited,” he recalls. “And the moment it was forfeited, all my creditors and the banks would come after me.”

How did he survive in the meantime? By doing whatever it took. Sia tendered for old tin dredges, dismantled them and sold them for parts and scrap iron. He made enough to cover his costs. He also reduced the staff on site, and by the time he closed the mine, there were fewer than 50 workers.

Sia had to diversify his interests and have other sources of income before he could close down the Sungai Lembing mine. By the time he closed it in 2004, he was already involved in a profitable gold mine in Lubuk Mandi, Terengganu.

Those 15 years of running a loss-making mine were tough, but because of his hard beginnings, Sia was tougher. He did not sit around feeling sorry for himself. Instead, he did intensive research on mineral deposits in Malaysia, which provided him a strong foundation for future ventures.

Sia ventured into the profitable Lubuk Mandi gold mine in 2000. When the government lease for the Sungai Lembing tin mine expired in 2004, he gave up the venture.

Another mine soon caught his notice, this time in Mengapur, Pahang, which had copper deposits. He did not have the cash to buy it, so he proposed the project to Sumatec Resources Bhd.

“The board of Sumatec set up a subsidiary called Malaco Mining Sdn Bhd and named me chief operating officer to take charge of the project. This is how Malaco Mining was founded,” he says.

In just two years, the copper mine earned RM26 million. Despite this, by 2008, Sumatec decided that it had enough of the mining business and wanted out. Sia managed to secure financial support from banks and

initiated a management buyout, which cost him RM105 million.

It turned out to be a good deal; the copper mine remained profitable. And after he had run it for just three years, it attracted the attention of Canadian gold producer Monument Mining Ltd.

“I sold the Mengapur copper project to Monument in 2011 for about US$60 million while I retained the rights for the topsoil iron ore deposit,” he says.

With the money, Sia ventured into Australia. Malaco Mining signed an agreement with international metal trader Glencore plc to purchase 100% of the copper extracted from the Leichhardt mine around Mount Isa, and the project started generating cash flow within a year.

Sia is eyeing tin, rare earth and tungsten mining, and plans to list on the Main Market of Bursa Malaysia. He thinks the time has come for a resurgence of mining companies on the stock exchange.

Why Bursa? Because there are virtually no mining companies left on the bourse. He believes a local listing could fill this void that began after the collapse of the global tin market in 1987.

Basically, Sia believes there is a vacuum in the Malaysian mining sector and sees Malaco as both the herald of a new dawn for the industry and a benchmark for other upcoming mining companies to measure themselves against.

And although he has spent more than 30 years in the industry, the boy with a scar on his palm has only just begun.