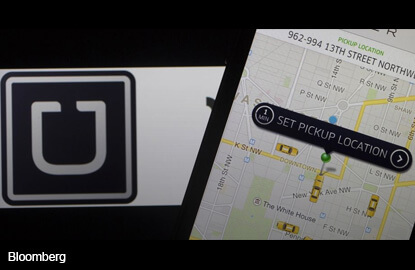 WASHINGTON (Jan 20): Ride-hailing company Uber Technologies Inc has agreed to pay US$20 million to settle claims by the US government that it exaggerated prospective earnings in seeking to recruit drivers and downplayed the costs of buying or leasing a car, documents filed with a federal court on Thursday showed.

The company said on its website that some Uber drivers made more than US$90,000 in New York and US$74,000 in San Francisco when the real earnings were US$61,000 and US$53,000, respectively, the Federal Trade Commission said in a statement. It said Uber's Vehicle Solutions Program gave inaccurate prices for leasing or owning a vehicle.

"This settlement will put millions of dollars back in Uber drivers' pockets," said Jessica Rich, director of the agency's Bureau of Consumer Protection.

Under Uber's business model, consumers use an app to hail a ride and pay Uber for it. The ride is provided by an independent contractor, who is paid by Uber.

"When Uber's promised earnings have not materialised, and drivers have attempted to cancel their auto agreements, they have incurred significant monetary harm," the Federal Trade Commission said in its complaint. "Uber's practices have caused its drivers to suffer millions of dollars of injury."

Uber, which operates in 74 countries, said in a statement it was "pleased" to have reached an agreement with the Federal Trade Commission.

"We've made many improvements to the driver experience over the last year and will continue to focus on ensuring that Uber is the best option for anyone looking to earn money on their own schedule," Uber said.

In addition to the US$20 million payment, Uber would be barred under the agreement from misrepresenting its drivers' earnings or payments for automobiles.

Chairwoman Edith Ramirez and Commissioner Terrell McSweeny, both Democrats, voted for the settlement while Republican Commissioner Maureen Ohlhausen dissented. Ramirez has announced that she will step down Feb 10.