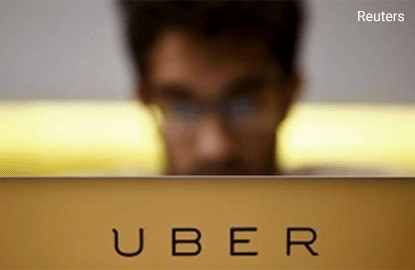 BEIJING/SHANGHAI (Aug 27): Uber Technologies Inc's China arm has closed its $1 billion fundraising round early, according to two people with knowledge of the matter, with investors still hopeful for the U.S.-based ride service despite strong domestic competition in the car-hailing market.

With the close of the $1 billion round, Uber is re-lining its war chest for a drawn out battle with Chinese car-hailing app rival Didi Kuaidi, which last month raised $2 billion. The two are locked in a turf war, spending heavily on subsidies to lower the cost for users and inflate the money earned for drivers of their services.

The deal was oversubscribed, said the second source directly familiar with the fundraising. According to a fundraising document seen by Reuters last week, this round values Uber China at $7 billion, with the unit planning to list on the mainland by 2020.