Turkey Of The Year: Why did FELDA buy 37% of Eagle High? 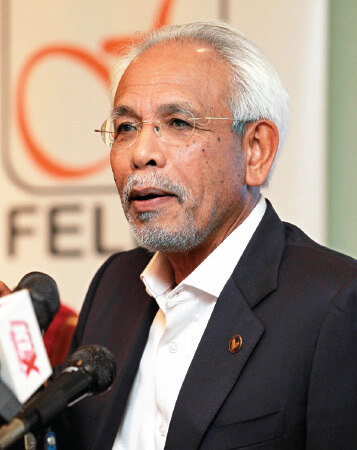 Shahrir suggested that FELDA was an intermediary for the Malaysian government

IT came as a surprise when the Federal Land Development Authority (FELDA) was reported to be in talks to acquire a 37% stake in PT Eagle High Plantations Tbk from Tan Sri Peter Sondakh’s Rajawali group. The deal was concluded for US$505.4 million or RM2.26 billion in April.

While FELDA attempted to justify the purchase — among other things, saying it got a 30% discount from Rajawali — most market watchers, analysts and industry players questioned the merits of the deal.

After all, FELDA’s 33% unit Felda Global Ventures Holdings Bhd (FGV) had scrapped plans to buy the same block of shares upon the advice of two separate advisers, Bank of America and JP Morgan, for a variety of reasons. So why buy an asset its own unit had walked away from?

Apart from that, Peter Sondakh is known to be well connected in Malaysia, giving rise to talk that the deal may have been politically motivated.

To recap, in June 2015, FGV signed a heads of agreement with Rajawali to acquire a 37% block in Eagle High for US$680 million in a mix of cash and shares.

In 2015, the average crude palm oil (CPO) was RM2,258 per tonne, compared to RM2,670 so far this year — which indicates the offer to FGV would have been overpriced if a 30% discount was given after a rise in the CPO price.

The fact that it was FELDA Investment Corp (FIC) Properties Sdn Bhd — originally mandated to acquire non-plantation assets — that acquired the shares also raised eyebrows. Most would think FGV would be the natural choice to invest in plantation and agriculture-related assets.

So, did FIC Properties step in because FGV was advised against buying Eagle High?

The US$505.4 million for the 37% stake works out to IDR580 a share — a whopping 95% premium to Eagle High’s closing price at the time. With Eagle High now trading below IDR180, it means FELDA is sitting on a paper loss in excess of US$326 million.

Now, eight months after the acquisition, Eagle High’s market capitalisation is just below US$420 million, which means FELDA’s 37% is valued at just US$155.4 million — less than one-third what it paid.

Attempts by FELDA chairman Tan Sri Shahrir Samad to suggest that FELDA was an intermediary for the Malaysian government did not come across as a strong justification for the acqusition.

“We are representing the government of Malaysia on two levels — the management and board of directors of Eagle High,” he said in August.

FELDA officials also explained that the acquisition was made with government funding, which raised the question as to whether the agency would have been able to obtain the funding on its own.

But what is not clear is why this acquisition is so important that FELDA had to pay more than RM2 billion for it via a loan from the government?

FELDA attempted to defend the deal by saying the share price is not an accurate yardstick, unlike enterprise value per hectare (ev/ha). Eagle High’s ev/ha was US$16,000.

In comparison, Sime Darby Bhd concluded the purchase of New Britain Palm Oil Ltd at US$27,000 ev/ha, while Kuala Lumpur Kepong Bhd offered US$15,500 ev/ha for MP Evans Group plc, which was turned down. MP Evans’ independent valuation was US$17,300 ev/ha, but the board was looking at US$24,000 ev/ha.

FELDA contended that MP Evans, with a planted land area of 31,400ha, is much smaller than Eagle High’s 125,000ha. That would suggest that it is purchasing access to land four times the size of that held by MP Evans, at a lower ev/ha than MP Evans’ independent valuation.

However, FELDA’s contentions were disputed by many as Sime Darby and KLK were looking at wholly taking over and buying controlling stakes, which was a very different proposition.

It was also highlighted that the pricing for MP Evans took into consideration the location of its estates next to KLK’s.

As for FELDA, it does not have a controlling stake as the Rajawali group still controls 37.07%, which means FELDA has little influence in Eagle High.

Four months after the acquisition, FELDA still has not publicly shared Eagle High’s financials or why it considered the acquisition worthwhile and what FGV’s advisers might have missed in advising against it.

FELDA officials and others had said Eagle High was likely to deliver in 2017, but that has not happened.

For its nine months ended September 2017, Eagle High suffered a net loss of US$6.33 million from US$55.45 million in revenue. It has not posted a quarterly profit since September 2015.

So, why did FELDA buy into Eagle High?