Turkey Of The Year: The Bandar Malaysia flip-flop 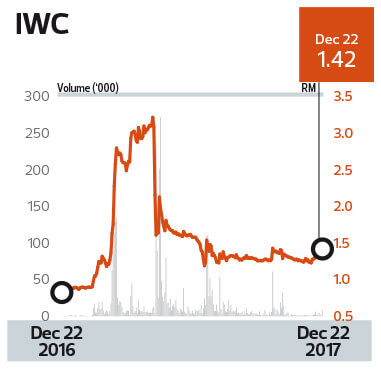 NORMALLY, The Edge selects the Turkey of the Year based on corporate exercises or deals that resulted in negative outcomes.

In the case of the RM7.41 billion Bandar Malaysia deal, however, it was the failure to conclude it that has made it the Turkey of the Year.

The disposal of a 60% stake in Bandar Malaysia to the consortium — Tan Sri Lim Kang Hoo’s Iskandar Waterfront Holdings Bhd (IWH) and China’s China Railway Engineering Sdn Bhd (CREC) — was supposed to be a landmark deal in the restructuring of 1Malaysia Development Bhd (1MDB). And it certainly would have been a feather in the cap of president and CEO Arul Kanda Kandasamy, putting cash into the debt-stricken strategic fund in its hour of need.

As a massive strategic infrastructure development project, the Bandar Malaysia deal would have also been a major milestone in government-to-government cooperation with China.

But it all fell apart on the morning of May 3.

While some information has since come forth, most of the events leading up to the collapse of the deal remain a mystery to the public.

Nonetheless, the negative implications are obvious.

The biggest elephant in the room is that a new investor has yet to materialise for the 468-acre tract. Recall that requests for proposal (RFP) went out in July. But to date, there have been no updates on potential bidders. For perspective, remember that the disposal of the land to the IWC-CREC consortium took place back in Dec 31, 2015 — almost two years ago.

This means that the Malaysian government has been carrying the land on its balance sheet for almost 24 months. More importantly, it has also been carrying an estimated RM2.4 billion worth of debt — the Bandar Malaysia sukuk murahabah.

Note that the sukuk only needs to be repaid from 2021, so it is not a major financial burden on the government at this juncture.

Nonetheless, other costs related to Bandar Malaysia need to be incurred — like the relocation of the airbase. As at March 31, 2017, the MoF-owned Bandar Malaysia Sdn Bhd carried RM3.69 billion worth of liabilities on its books.

In short, the government walked away from a sure deal supposedly looking for a better offer but it has not secured one yet. That would be like letting go of a bird in hand, eyeing two birds in the bush.

To make matters worse, the manner in which the deal was scuttled left a bitter taste among the broader investment community. The biggest concern was the impact on relations with China. CREC is a state-owned company and its executive chairman is said to have flown to Kuala Lumpur on the day the deal was terminated.

While there has been some criticism of the government’s dealings with China, it certainly does not make sense to sour relations with Malaysia’s largest trading partner and the economic powerhouse of the region.

It didn’t help that Prime Minister Datuk Seri Najib Razak was due to fly to China in the following weeks. Speculation that another bidder, private Chinese company Dalian Wanda Group, was eying the Bandar Malaysia land with a competitive bid only made matters worse.

Based on the available information, it appears the government used a technicality to terminate the deal. IWH-CREC needed to put together a bank-backed guarantee for the balance RM4.5 billion deferred payment (due in 2023, including 6% per annum interest) as well as an RM1.9 billion facility to finance relocation of Kuala Lumpur airbase.

It is understood that these facilities were put in place by May 3, but the last deadline for the deal was end-April. Strictly speaking, IWH-CREC missed the deadline. However, both parties had already been working with extensions to meet the conditions precedent. Surely, an extension of a few days should have been palatable as opposed to killing the RM7.41 billion transaction.

Last but not least, was the collateral damage that Bandar Malaysia inflicted on Lim’s plans to merge IWH with his public-listed vehicle, Iskandar Waterfront City Bhd (IWC), in a backdoor listing of sorts. The exercise would have helped Lim recapitalise his massive land holding in Johor amid a glut in the property market, while riding the bullish prospects of developing Bandar Malaysia.

While Lim and his advisers made it clear that the IWH-IWC exercise did not factor in the valuation of Bandar Malaysia, it is clear this became the key driver that helped IWC’s share price surge about 300% to touch RM3.20 per share.

With the Bandar Malaysia deal terminated, IWC’s share price would hit limit down almost two days in a row. Today, the company’s share price is hovering at RM1.35 and the backdoor listing of IWH has been scrapped. Instead, of using IWC, Lim is now trying to get his other listed entity, Ekovest Bhd, to buy out the stake of IWC’s minority shareholders.

In summary, the Bandar Malaysia deal with IWH-CREC was one that did not need to be terminated. And to date, there is little evidence that MoF or the government of Malaysia is better off terminating the deal, given that the cost of terminating the deal was testing the country’s relations with China. Meanwhile, IWC’s minority shareholders will not forget how they got their fingers badly burnt by the termination.