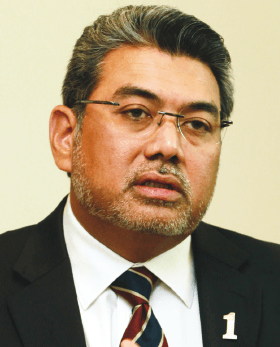 KUALA LUMPUR: Passengers flying out of Malaysia may have to pay more taxes come April if a proposal to impose the 6% goods and services tax (GST) on passenger service charge (PSC) is approved by the Ministry of Finance (MoF).

If approved, the GST will apply to passengers travelling on both domestic and international flights.

Currently, international passengers travelling out of Malaysian airports pay RM65 as PSC while the domestic charge is RM9.

The PSC for international travellers flying out of low-cost carrier terminals including klia2 is RM32 and RM6 for domestic flights.

The higher cost of air travel comes at a time when the government is pushing for deeper fiscal reforms and consolidation.

On Tuesday, Prime Minister Datuk Seri Najib Razak announced that the government’s gross domestic product (GDP) growth forecast for 2015 had been revised to 4.5% to 5.5% from 5% to 6% previously, amid falling crude oil prices and a weakening ringgit.

Badlisham said the airport operator’s passenger growth target of 3% for 2015 remains intact despite the government’s revised Budget 2015. In fact, he is not ruling out the possibility of revising the growth expectation upwards.

“We are also monitoring it (economic developments). By and large, the industry will tell you that the aviation business has a correlation to GDP growth. [But], we still see growth in passenger traffic. We are more concerned about other factors such as natural disasters and epidemics,” he said.

“It is not just about Malaysia. It is also about the traffic we can carry [out of Malaysia],” Badlisham said.

On the ponding or collection of water issue at klia2’s apron and taxiway, Badlisham reiterated that there is no safety risk.

“We knew we were building [klia2] on soft ground. We had a short-term plan on how to treat it (soft soil). We have presented to the Transport Ministry on what the short- and mid-term plans [on soil treatment works] are.”

“The ones that are very serious, we are treating them right now. We keep topping them up,” he said.

The Transport Ministry has also formed an audit panel to probe into the ponding issue.

“The ministry has agreed that there is a third-party professional opinion to ensure that what we are doing is correct, enough, the right way and to see if we have considered other things,” said Badlisham.

He added that the audit panel had presented the findings of its review to the ministry last week and that MAHB would welcome any recommendations to improve the situation.

In the meantime, MAHB has engaged geotechnical engineering consultants and installed close to 100 sensors in the affected areas to ensure that the terminal remains safe for operations.

“The worst that can happen is a bumpy landing,” said Badlisham.

MAHB is expected to finally award the certificate of practical completion (CPC) to the UEM Construction Sdn Bhd (UEMC) and Bina Puri Sdn Bhd joint venture (UEMC-Bina Puri JV) for the main terminal building of the RM4 billion klia2 by the end of this month, said Badlisham.

“Minor works such as testing of the fire alarm at certain retail areas still need to be done,” he said.

Without the CPC, the terminal building is still under the responsibility of the UEMC-Bina Puri JV and not MAHB.

Asked whether the liquidated ascertained damages (LAD) imposed on UEMC-Bina Puri JV for the delay in the opening of the new terminal will be waived, Badlisham said: “No. This is a board decision.”

MAHB started imposing LAD of RM199,445.40 per day or RM6 million a month on UEMC-Bina Puri JV beginning June 16 2013, after it failed to meet the June 28 opening deadline. klia2 was eventually opened on May 2 last year.

Note: The Edge Research’s fundamental score reflects a company’s profitability and balance sheet strength, calculated based on historical numbers. The valuation score determines if a stock is attractively valued or not, also based on historical numbers. A score of 3 suggests strong fundamentals and attractive valuations. Go to theedgemarkets.com for more details on a company’s financial dashboard.