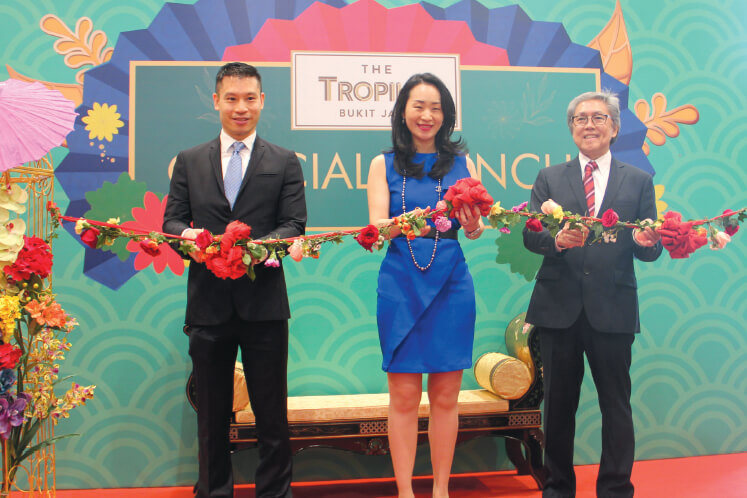 From left: Tan, executive director Nerine Tan and Pee officiating at the launch of The Tropika 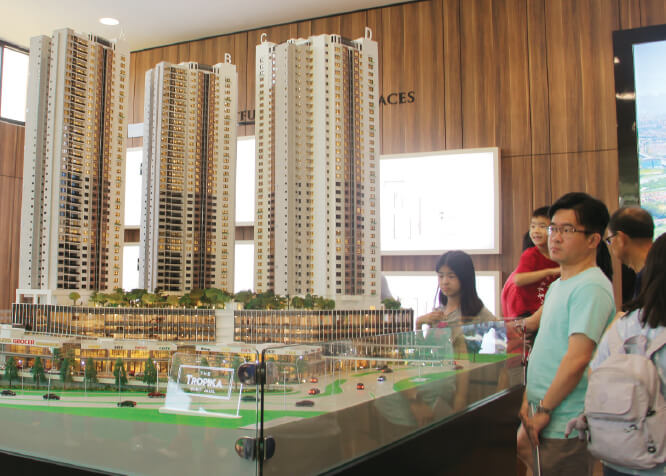 The scale model of The Tropika

Berjaya Golf Resort Bhd, a subsidiary of Berjaya Land Bhd, officially launched the first tower (Tower A) of The Tropika — a mixed-use development in Bukit Jalil — on Feb 23 and saw a take-up rate of 60%.

Occupying a 6.5-acre freehold parcel, The Tropika will have a RM781 million residential component with 868 units in four towers. Tower A will have 229 units.

“This is a good start and the response shows that demand is strong in Bukit Jalil, which has remained resilient despite the price adjustments in several popular areas,” Berjaya Land property sales and marketing division senior general manager Tan Tee Ming tells City & Country in an email.

Surrounding the four residential towers will be a 2.9-acre biophilic-designed deck equipped with 68 types of facilities, which will be grouped under eight lifestyle categories. The facilities include an infinity swimming pool, indoor and outdoor gymnasiums, camping grounds and a dance studio and boxing ring.

Biophilic design focuses on connecting a building’s occupants with nature. The deck will resemble a forest canopy where the uppermost branches of the trees avoid touching one another — a phenomenon known as crown shyness — thereby creating channel-like gaps.

“The Tropika will be meticulously crafted to provide residents with a home that incorporates the elements of an urban lifestyle and the lush greenery of nature, so that they will be able to experience the best of both worlds,” Berjaya Land CEO Datuk Pee Kang Seng said in a press release.

“The efficient utilisation of space was also imperative to us during the planning of the project, as demonstrated by the unit layouts and comprehensive facilities available to residents.”

The development is accessible via major highways such as the Damansara-Puchong Highway, Puchong-Sungai Besi Highway, Shah Alam Expressway, Maju Expressway and New Pantai Expressway as well as public transport, including the Rapid KL bus service and light rail transit facilities.

The Tropika is in close proximity to educational institutions such as SJKC Lai Meng, International Medical University and Asia Pacific University, as well as sporting and recreational facilities such as the Bukit Jalil National Sports Complex, Bukit Jalil Recreational Park and Bukit Jalil Golf & Country Resort.