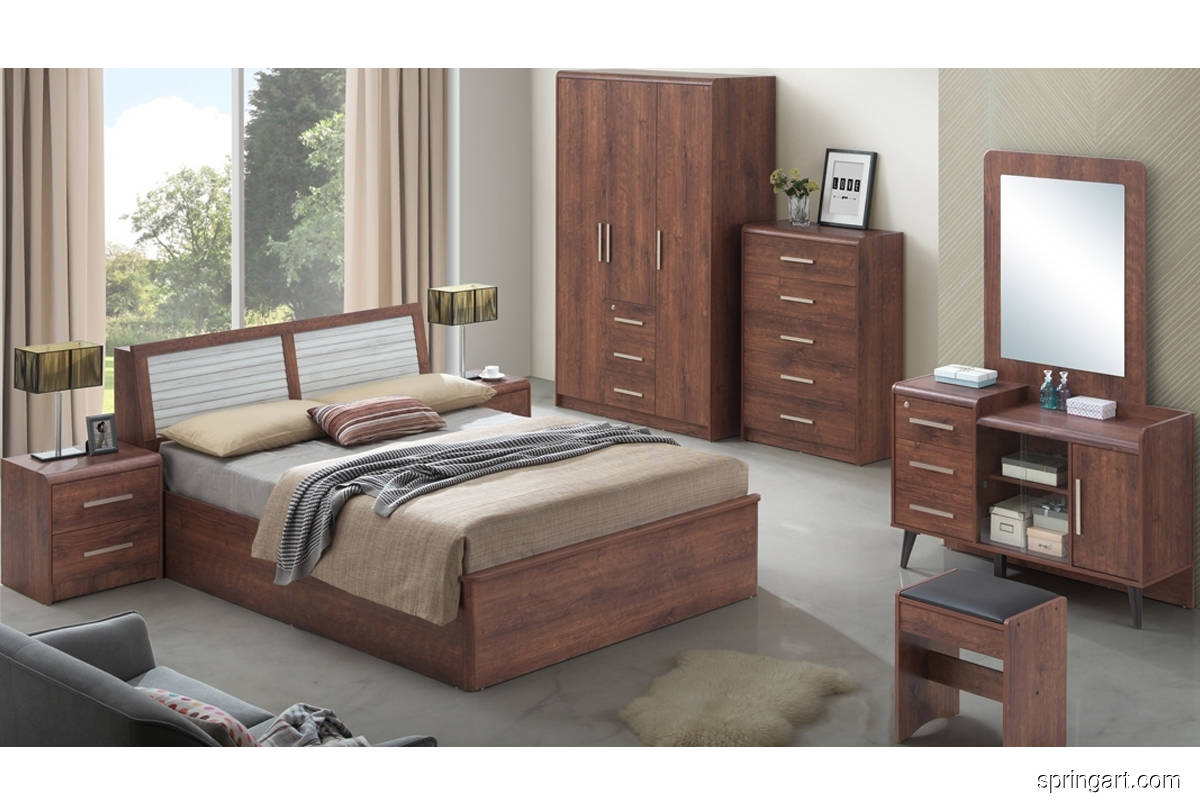 DESPITE having their order books filled solid until at least the first quarter of next year owing to a slew of backlog orders, things are not exactly hunky-dory for the Malaysian furniture industry.

The recent Movement Control Order (MCO 3.0), which led to a shutdown of furniture factories lasting slightly more than three months, was a major setback. As the industry was not deemed “essential”, production was allowed to resume only in late September.

While companies with a large backlog to fulfil may enjoy a spike in top line over the next few quarters, growing the bottom line is expected to be a challenge as players are faced with a triple whammy: an increase in raw material prices due to a spike in global commodity prices; a global container shortage, which has led to skyrocketing freight costs for customers; as well as a shortage of foreign labour here as a result of the freeze on foreign worker recruitment.

“The good thing is, customers did not cancel their orders despite our production being halted for more than three months. However, the situation varies across the industry, depending on the customer base. Those with large customers with big pockets who are willing to fork out the exorbitant logistics prices can still maintain the increase in demand, while those with smaller-scale players for customers may face some trouble in these areas, as their customers may not feel it is viable for their businesses to pay such a high freight cost,” an industry player, who declined to be named tells The Edge.

Reports have emerged of a bottleneck of vessels at ports in the US — a main export partner for the Malaysian furniture industry — owing to a shortage of manpower and chassis.

The situation, however, is not so severe for players in his line of business, as ready-to-assemble furniture is sold in a flat-pack format. Flat packs, or knocked-down furniture, require self-assembly by customers and are easier to ship.

“In one container, you can probably fit about 700 flat packs, depending on the model, but for fully assembled furniture, one container can fit only 30 to 40 sets, so more containers are needed, and at higher freight charges than flat packs.

“The container shortage is a challenge for the industry. In the past, it would just take a week to unload a shipment to the US, but now it takes almost 17 days,” he says.

And it is not just logistics costs that are on the rise. Another major problem for the furniture industry is the surge in raw material prices.

“Everything has gone up, from steel to polyurethane foam used in upholstery to packing materials and coating costs.

“The continual increase in the prices of raw materials due to the Covid-19 pandemic has resulted in the furniture industry having to revise upwards our selling prices three times in the last two years.

“Another issue is the shortage of foreign workers as the government has frozen hiring. We are also facing a dilemma as some workers are running away after receiving their Covid-19 vaccinations [while] some have returned to their home country,” laments another player.

On the foreign labour shortage, Lim says this has not severely impacted his company as many of its furniture production processes have been automated. “Therefore, we are not so reliant on foreign workers, so the situation is manageable for us,” he says.

However, it is not all gloom and doom for the industry as Malaysia has benefitted from orders redirected from Vietnam.

“One bright spot is that a lot of orders from the US [have been] redirected from Vietnam to Malaysia, owing to the strict Covid-19 containment measures there, which have impacted its furniture industry, coupled with a much lower vaccination rate than Malaysia’s,” says the industry player who declined to be named.

The latest quarterly earnings reveal the drastic impact the prolonged MCO has had on the industry.

In its fourth financial quarter ended Aug 31, 2021 (4QFY2021), upholstered home furniture manufacturer Homeritz Corp Bhd’s net profit plunged 97% year on year (y-o-y) to RM250,000, while revenue declined 86% to RM6.31 million. The group could only recognise the sales of finished goods during the quarter as only loading and unloading activities for export purposes were allowed during the MCO while production was completely halted during the 14-week period.

Eurospan Holdings Bhd, which manufactures dining sets and wood-based products, was also hit by the MCO. The group reported a net loss of RM2.28 million in its 1QFY2021 ended Aug 31, while revenue declined 63% y-o-y to RM4.97 million.

On the investment proposition of furniture companies, TA Investment Management chief investment officer Choo Swee Kee believes the industry is too fragmented and not exciting from an investment point of view. “A lot of them are mid-sized companies and are illiquid. Fund managers are always wary about getting caught in illiquid stocks.”

Private investor and former investment banker Ian Yoong Kah Yin explains why he is neutral on the sector in the short term. “A higher global interest rate regime is expected to reduce housing starts in the US and Europe in the first half of 2023 and will most likely result in lower furniture sales. A shift from working from home as the pandemic subsides to back to office and physical workplaces will also result in a taper in demand.

“The reality is that furniture manufacturers in Malaysia need to move upmarket. They cannot be manufacturing low-end furniture, which they have done for the past 20 to 25 years, competitively for much longer,” he says.

But he believes that Poh Huat Resources Holdings Bhd, which manufactures both office and home furniture, is worth considering as an investment.

“It trades at about six times trailing 12-month earnings and 10 times based on FY2021 earnings estimates. Poh Huat has been impacted by the labour shortage and lockdowns in Malaysia and Vietnam this year. FY2022 should be a better year,” he says.