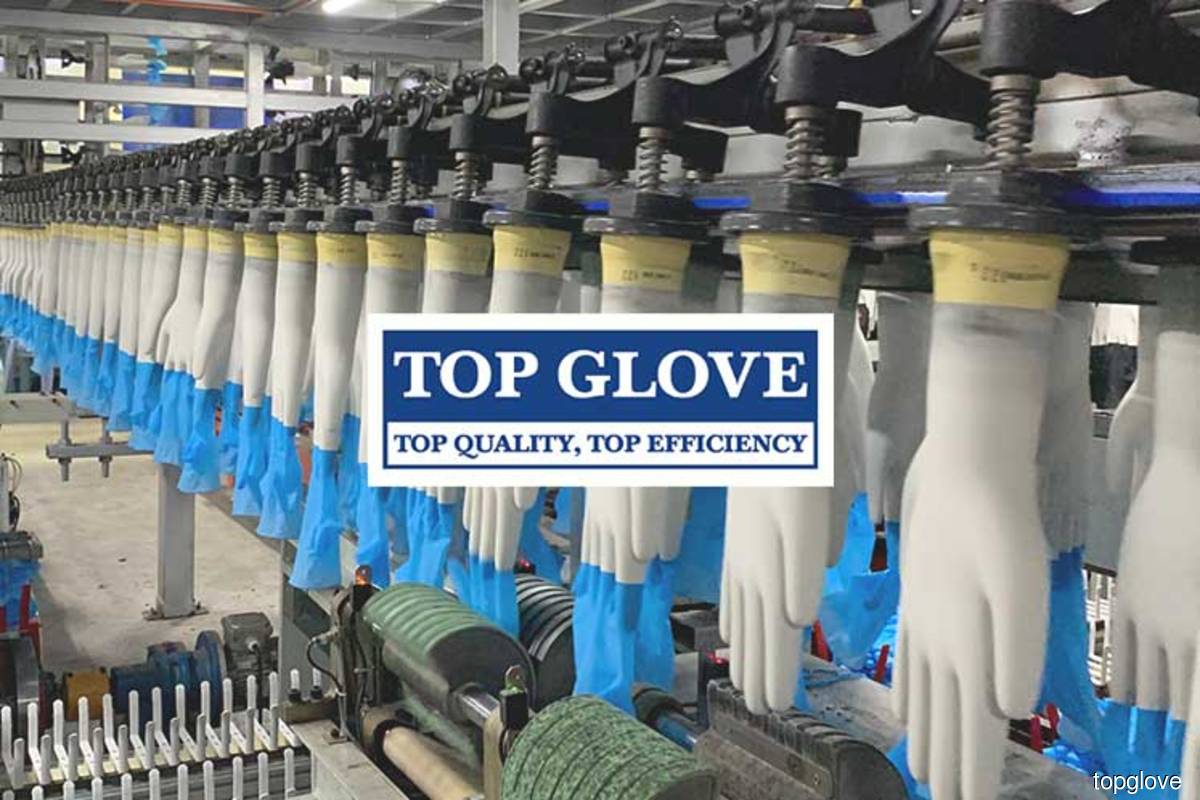 The stock dropped to its lowest since late June last year to close at RM4.90, down 34 sen or 6.5%. Some RM2.78 billion was wiped off from Top Glove’s market capitalisation in a single trading day.

Glove stocks on Bursa Malaysia have already been on a decline amid expectation that glove demand will normalise sooner rather than later, as more countries have started their vaccination programmes in recent weeks.

The group’s announcement on Friday (Feb 26) that it had filed an application for a primary dual-listing on the Hong Kong Stock Exchange (HKEx), seemed to have added fuel to the selldown.

Like it or not, the drop in share price is a reflection of the poor response to Top Glove’s proposal. Top Glove is already listed on the Singapore Stock Exchange, besides Bursa Malaysia. Its trading volume in SGX is far lower compared to that of home.

Those who have kept track of the newsflow would not be surprised with the announcement, as Top Glove’s boss Tan Sri Lim Wee Chai, the group's controlling shareholder and executive chairman, has revealed of the listing intention a few months ago. Still, few would have expected Top Glove to issue 1.495 billion new shares, which is equivalent to 18.23% of its existing issue share capital of 8.2 billion shares, to raise a whopping RM7.7 billion (HK$14.95 billion) fresh capital.

Why does Top Glove need to raise this much capital, given that it is sitting on a large net cash pile?

With the RM7.7 billion raised, Top Glove intends to spend RM4.61 billion for expansion of production capacity and developing a data-driven manufacturing system, including adding 333 double former production lines to boost its annual production capacity to 193 billion pieces of gloves by the end of 2025.

It will also allocate RM390 million for environmental, social and corporate governance practices and initiatives, of which RM230 million will be used to improve workers’ welfare. [see table]

That said, Top Glove’s aggressive expansion plans have raised some eyebrows, given that demand growth for glove is anticipated to normalise soon, as the Covid-19 pandemic should be better contained with the rollout of vaccines.

Furthermore, the question arises as to whether Top Glove needs to undertake the listing that will cause shareholding and earnings dilution?

Given its strong cash flow generated by brisk sales, Top Glove has prudently and substantially pared down its borrowings from RM2.496 billion — including long term debts of RM1.305 billion — as at Nov 30, 2019, to RM433.86 million a year later.

The debt repayments have put Top Glove in an enviable net cash position of RM775.14 million as at Nov 30, 2020. Its gross cash balance swelled to a record high of RM1.209 billion, versus barely RM154.21 million a year ago.

On top of that, Top Glove has securities investments worth RM2.678 billion as at Nov 30, 2020. Some quarters commented that the fact that the group could afford to spend RM1.4 billion on share buybacks is already a good indicator of its growing cash coffer.

The glove maker’s cash flow is expected to balloon, in line with its record breaking earnings in the next three financial quarters, or longer.

According to Hong Leong Investment Bank’s forecasts, Top Glove’s cash balance will soar to RM3.58 billion in the financial year ending Aug 31, 2022 (FY22) and to RM4.79 billion in FY23.

It is worth noting that Top Glove is committed to a special dividend of 20% for the remaining three financial quarters of FY21. The special dividend will be on top of its existing dividend policy of a 50% payout ratio on profit after tax and minority interests (PATAMI), according to its bourse filing dated Jan 4.

The dividend commitment is another evidence of its confidence in steady, strong cash flow.

The board, meanwhile, has explained that the proposed issuance of new shares will enable the company to raise fresh capital without having the need to undertake a cash call from its existing shareholders to fund the expansions, which are expected to be earnings accretive.

From this perspective, should existing shareholders be glad that the board has found a way to avoid a rights issue that requires them to fork out extra money?

To answer this question, the board may have to prove to shareholders that the cost of borrowings in the current low interest rate environment is far more expensive than equity costs.