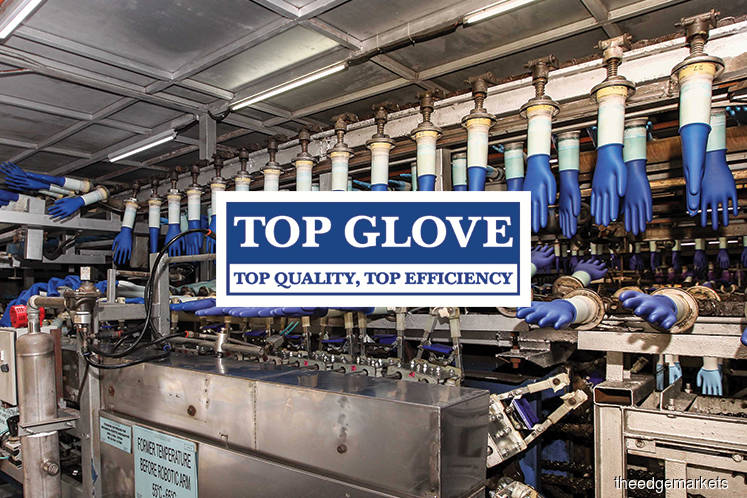 KUALA LUMPUR (Dec 18): Top Glove Corp Bhd will not be taking any legal action against the UK's The Guardian newspaper over allegations made in the latter's news report of forced labour, forced overtime, debt bondage, withheld wages and passport confiscation at Top Glove.

Top Glove chairman Tan Sri Dr Lim Wee Chai said no legal action would be taken for now as the glovemaker has a business to run.

"We do not want to spend unnecessary resources, our time and energy which can be focused on running our business. We will do our best to continue to do good things, because fake news does not last," he told reporters, fund managers and analysts during a conference call this morning on Top Glove's first quarter ended Nov 30, 2018 (1QFY19) financial results.

Top Glove has however written to The Guardian to clarify on the allegations made. The glovemaker's customers have given their full support and have not withdrawn of their orders with the company, shared Top Glove managing director Datuk Lee Kim Meow.

"Our UK customer that supplies to [UK's] National Health Service (NHS) is happy with our explanation. This kind of reporting [on human rights abuses] has taken place in the past, and affected many players in the market, and Top Glove is a natural target.

"None of our customers have stopped dealing with us, it's very comforting as they have shown support to us via calls, emails and even WhatsApp texts, saying that they do not believe the allegations made against us, not a single one [allegation]," said Lee.

Lee reiterated what Lim shared during a press conference last week in the presence of Human Resources Minister M Kulasegaran, that NHS's revenue contribution is very minimal to Top Glove, at 0.5%.

The Dec 9 Guardian report stated that the NHS would be investigating the allegations of forced labour made, and would "take action to responsibly address verified issues as appropriate".

When asked what could have brought about these allegations, Lim said jealousy could be a motive.

"Jealousy is one possible motive for the allegations, and it is part and parcel of being a multinational corporation, when we are becoming better known as the world's largest rubber gloves manufacturer, there is a lot of attention.

"However, we take care of the well-being of our workers and staff, we employ nutritionists, doctors, nurses, and we even set up our own clinic to look after them," he said.

Lee acknowledged that one part the group would need to control better is its overtime hours.

"We will [adhere] to the 104 hours [of overtime per worker per month [as stipulated by labour law]," he said.

In a Dec 10 announcement to Bursa Malaysia, Top Glove said there was absolutely no forced overtime at its factories. It added that measures to prevent overtime in excess of the allowed 104 hours a month have been implemented on a staggered basis across all Top Glove factories between March and November this year.